From the clash on Twitter to the court: the lawsuits linked to social networks have exploded

It all started with a simple message made up of less than 280 characters. On February 21, 2020, humorist Yassine Belattar wrote a mocking post on Twitter addressing far-right columnist Jean Messiha, comparing him in particular to a “camel”. The main interested party, then a member of the political bureau of the National Rally, was quick to react on the social network. “Hello SOS Racisme? Hello Licra? I am the victim of racist remarks on Twitter. Can you join me as a civil party?”, He is indignant, calling the two anti-racist associations to the rescue. “Dear Jean Messiha, I think that the Licra will be happy to join SOS Racisme in order to put an end to the odious comparison between you and a camel. This comparison is infamous for camels”, then replies Dominique Sopo, president of SOS Racism. Messiha, accustomed to controversies on the social network, is quick to sue the latter for insulting a racist nature. “There was an automatic indictment, as is usually the case for this type of case, and it went around social networks… Even though Jean Messiha and his lawyer did not show up at the hearing, and that the case was then struck out definitively”, assures Me Patrick Klugman, Dominique Sopo’s lawyer in this case. “This is how we instrumentalize justice”.

The man is categorical: for several years, the number of controversies started on Twitter and ending in court “increases as virtual life becomes more important”. All it takes is a few words, insults launched via interposed screens, or sometimes accusations – with or without foundation – posted in plain sight, for the scope of simple tweets to become uncontrollable. “Twitter is an inexhaustible source of litigation, and it’s only increasing. I would say that in ten years, the number of cases that start on social networks and end up in court has multiplied by ten”, estimates Thierry Vallat, lawyer at the Paris Bar and specialist in digital rights.

“Almost daily”, the man indicates to be contacted by customers saying, “wrongly or rightly”, victims of defamation, public insults or cyberbullying. “Obviously, there are very serious cases”, he wishes to underline, lamenting a “limitless” hatred on social networks. But in some cases, the lawyer does not hide his weariness. “It is very common to have complaints for which we wonder what they are doing there. Sometimes, we feel that it does not fly very high”, he regrets, even daring to compare it with the duels of the Nineteenth century. Of more than 300 requests of this type received per year, Thierry Vallat thus ensures that only half of the cases are accepted. “I select the most serious cases, because some unfortunately try to instrumentalize justice a little to settle their personal conflicts.”

Latest example? Altercations between rapper Booba and influencer agent Magali Berdah on social media, which were followed by a series of complaints by both parties. The controversy dates back to last May, when the singer with 5.7 million Twitter followers attacked Magali Berdah by posting on the network a copy of an old complaint filed by the businesswoman, in which her home address and telephone number are clearly visible. Since then, the message has been deleted but the agent claims to be the victim of massive cyberbullying. “We do not really understand where it started, but my client was targeted by more than fifty hate messages in a few days targeting her person, her profession and her physical integrity. Her personal data has been published on the networks, there has been defamation, harassment. We are responding to this with justice”, confides to L’Express Me Anouck Aragones, lawyer for the manager.

“If it’s a kind of communication strategy on Booba’s part, then he should change adviser”, she retorts, recalling that Magali Berdah has filed a complaint for cyberharassment and slanderous denunciation, while assigning the singer to the civilian to get his social media account banned. Attacks to which the rapper quickly responded, filing a complaint for defamation and slanderous denunciation. “Magali Berdah lives from a noise business called buzz. She needs noise and commotion by saying anything, and we are attacking her for that”, replies Me Patrick Klugman, also a lawyer for Booba.

The stories of complaints announced but never heard from again are countless. A few days before the 2021 regional elections, Jordan Bardella thus ensured that he was attacking Valérie Pécresse for defamation after the latter’s team targeted RN candidates on Twitter, accusing them of “racism”, “anti-Semitism”, “hate Muslims” or “supremacism”. Asked by L’Express a year later, Valérie Pécresse’s lawyer, Thibault de Montbrial, assures “having no knowledge to date of this complaint”. In March 2022, a few months before the presidential election, Yannick Jadot did not hesitate to communicate on his dispute with TotalEnergies, a company which attacked him for defamation after the environmental candidate accused him, in particular on Twitter, of supporting the crimes of war in Russia… Several months after the events, neither party has responded to our requests for clarification.

“I decided to give back blow for blow”

This June 21, 2022, the philosopher Raphaël Enthoven was released from the facts of public insult against the militant journalist Taha Bouhafs, whom he had treated as a “collaborator” of Islamism, in a verbal contest on the social network . In July 2020, the president of the National Federation of Hunters Willy Schraen filed a complaint against comments made on Twitter by MP Loïc Dombreval, engaged in the fight for animal welfare and animal rights: the latter was released in February 2022, but an appeal procedure is ongoing.

“There are cases that deserve to come to justice, and then there are these people whom I call businessmen, who chain the filing of complaints at the slightest message on Twitter. It’s unbearable”, analyzes Me Frédéric Shower, lawyer at the bar of Toulouse. “Even if the limit is very fine, we must not confuse value judgment and defamation or insults”, he insists, tired of the “dozens of defamation cases” that he deals with himself for different doctors, regularly attacked since the Covid by the conspiratorial and antivax sphere. His client, Jérôme Marty, general practitioner in Fronton (Haute-Garonne) and preferred target of antivax, must for example defend himself against four defamation attacks filed by Internet users on the theme of Covid. “I decided to return blow for blow”, assumes the general practitioner, who does not hesitate to file a complaint too when the case “is worth it”. “Even if I know how to step back and get advice when it’s not worth it,” he says.

In August 2021, Jérôme Marty thus indicated on Twitter that he would file a complaint against Nicolas Dupont-Aignan following a post by the leader of Debout la France defending Didier Raoult, and arguing that “the other [médecins] have thousands of deaths on their conscience by confining [les malades] at home with Doliprane”. But he finally did not do it. “Me Douchez advised me to abstain, because Dupont-Aignan did not mention me by name. But I wanted to show that these words were deeply unworthy”, loose the president of the French Union for a free medicine. However, the doctor does not hide his annoyance, accusing “this type of personalities” of instrumentalizing justice. ” They then boast on Twitter of having filed a complaint or of having indicted someone, which is a victory in the eyes of their customers who never check anything and take everything at face value…”, he laments. -he.

“Not all cases are relevant”

Witness in spite of himself of the “exponential development” of these disputes based on messages exchanged on the Internet, the lawyer specializing in press and digital law Alexandre Lazarègue is divided. “On the one hand, there is a real freedom of speech for the victims, who no longer hesitate to file a complaint and denounce phenomena of harassment and rapid and violent mass attacks. And on the other, we flirt sometimes with ego wars that are settled in court.” Beyond public figures or politicians, the lawyer also indicates that he regularly receives requests from anonymous people, ex-spouses, colleagues or neighbors arguing on social networks. “They are angry about a misplaced trash can in a building courtyard, for example, and are ready to do anything to settle it in court. So there are, very clearly, disputes that have no meaning and no interest, and that it is necessary to filter.”

Alexandre Lovato, a judicial officer specializing in reports on social networks, sees his activity developing enormously: the number of his files linked to disputes on social networks would increase by around 30% each year. “Not all cases are relevant, far from it,” he says. Contacted by clients who wish to prove that they have been victims of defamation, damage to image rights or harassment, his goal is “to legally record what is happening at a given time on the Internet”. Capturing a message before it disappears or is deleted by its author, justifying the veracity of an account or a photo, guaranteeing the authenticity of a message… “All this then allows victims to assert their rights,” he said.

Vice-president of the Union of magistrates, Cécile Mamelin believes that “justice is not there to settle the caricatured positions or the communication wars of some”. It calls for “urgent reflection on new regulatory bodies” for these disputes on the Internet. “We cannot ask justice to regulate social networks. It often arrives too late, and even before the file is processed, the damage is done”, she concludes. An argument of which Loïc Lecouplier, administrative general secretary of the Alliance police union, is perfectly aware. “We know that these Complaints take time to resolve, and they never go very far. But that’s not why you shouldn’t react. We show that we don’t let anything be said, “he explains to L’Express. In a few weeks, his organization has filed no less than three complaints against Jean-Luc Mélenchon for defamation and public insults to the following various tweets and speeches by the leader of La France insoumise, in particular describing the union as “factious” or “small sect”. Lecouplier: As is often the case in these cases, I’m not sure that we hear as much about the trial as about the complaint.

The chronicle of Vincent Pons

The chronicle of Sylvain Fort

The chronicle of Jean-Laurent Cassely

The chronicle of Christophe Donner 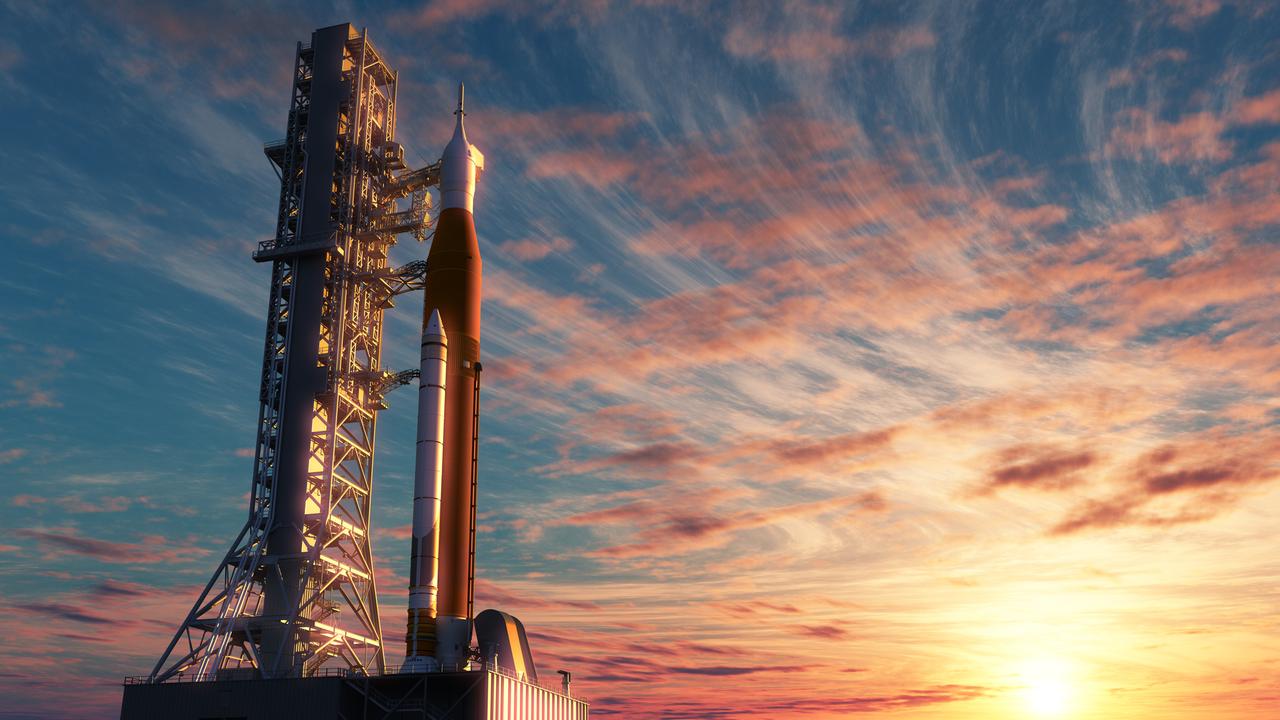 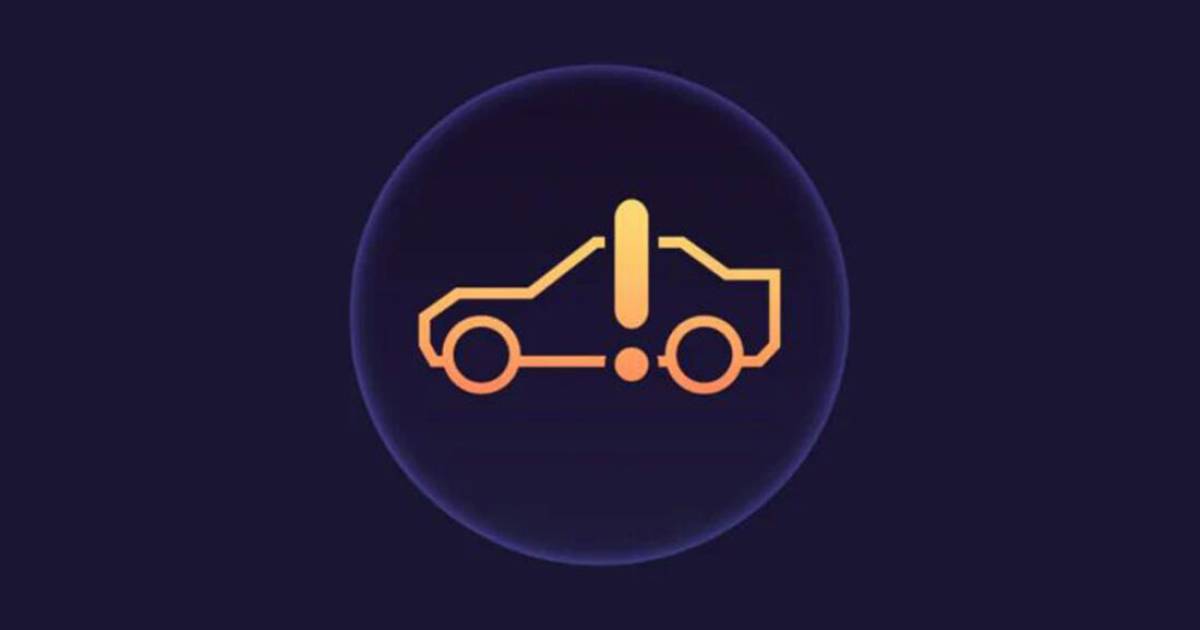 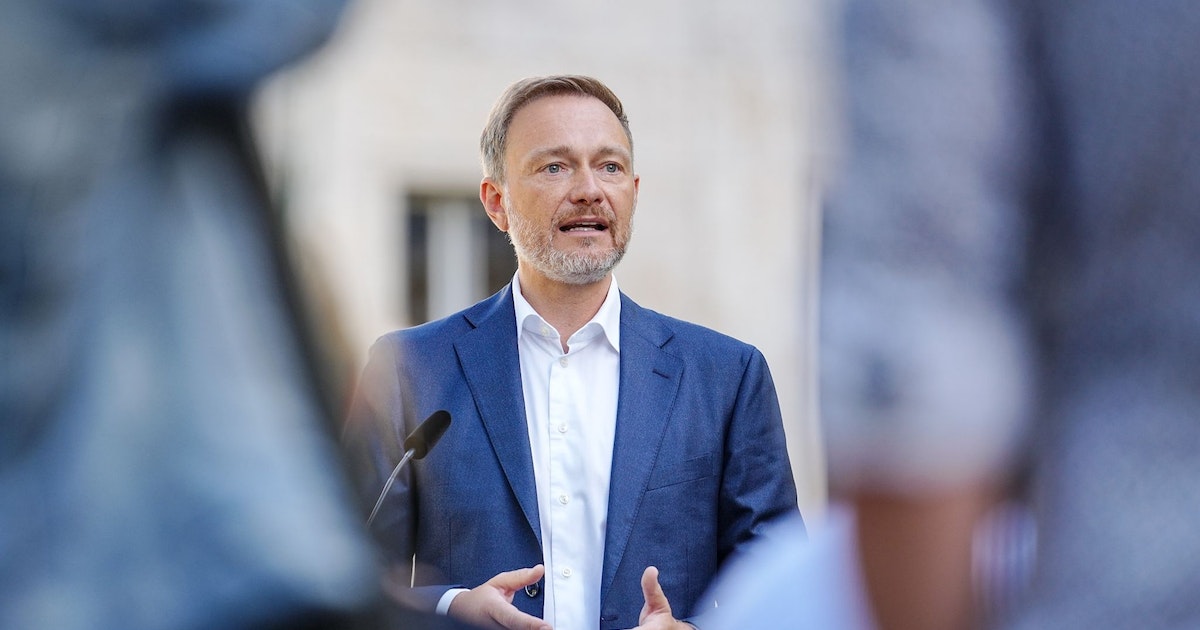 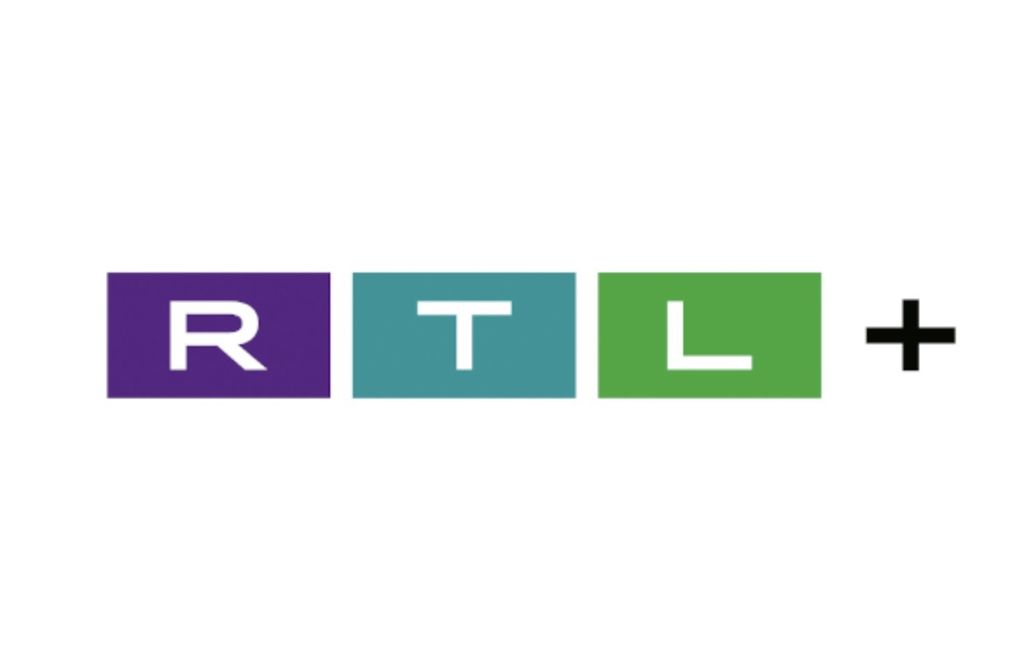 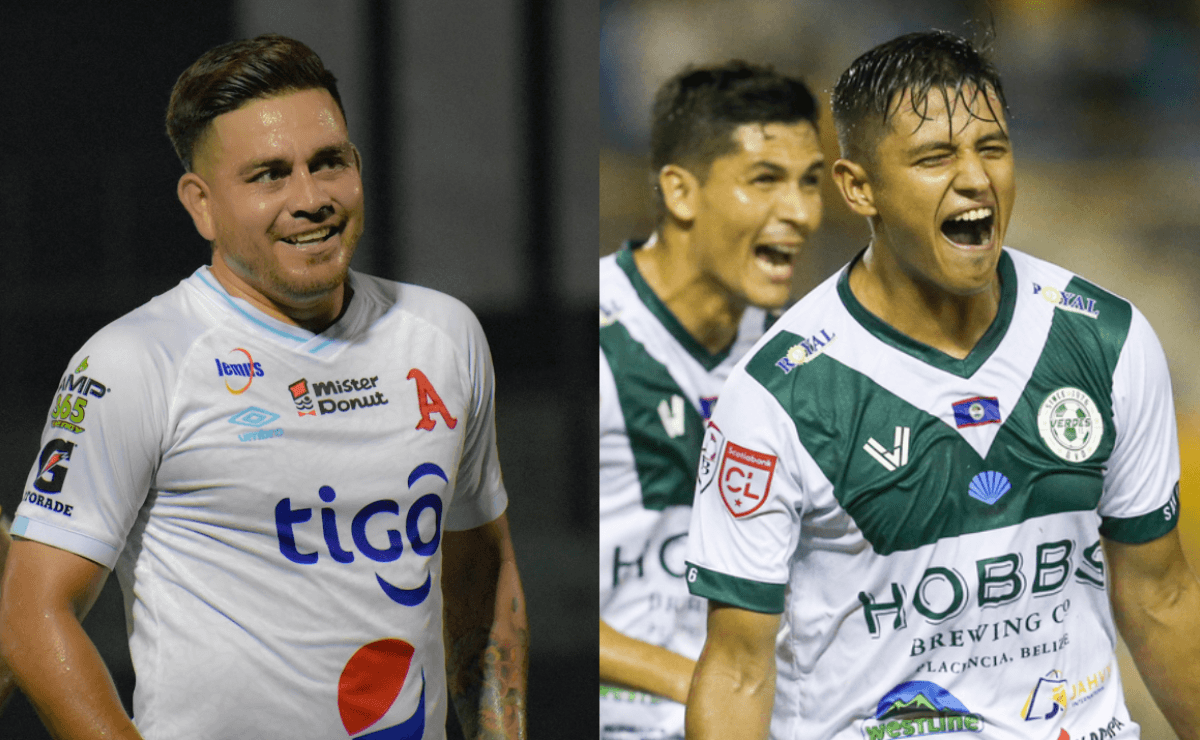