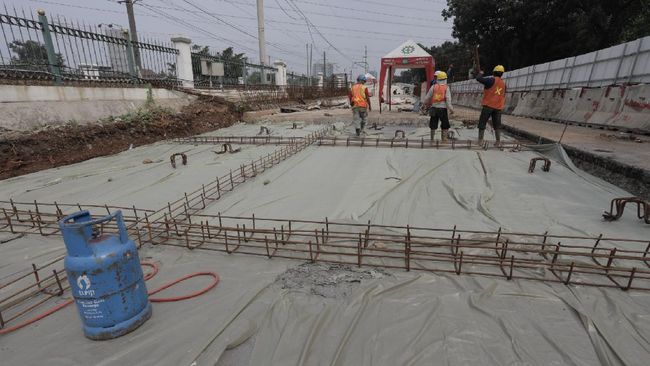 Jakarta, CNBC Indonesia – In the aftermath of financial difficulties experienced by State-Owned Enterprises (BUMN) Karya spread to entrepreneurs who became vendors in a number of infrastructure projects.

The Association of Indonesian National Construction Implementers (Gapensi) again complained about the slow payment of their work by a number of BUMN works. As a result, many local contractors who were categorized as Micro, Small and Medium Enterprises (MSMEs) went bankrupt.

According to Gapensi Secretary General Andi Rukman N Karumpa, he admitted that all bills to SOEs by vendors or subcontractors in the area would definitely be paid by BUMN, even if there was a change of directors. It’s just that the completion is very long, it can be years.

“What we are upset about is during a Covid pandemic like this, it’s hard, how come we still have the heart to be late in paying. So friends in that area are not getting lucky,” Andi explained as quoted by CNBC Indonesia from detikcom, Thursday (8/4/2021).

Ideally, he continued, payments to local contractors can be made immediately based on the physical progress that has been done. Generally, there are three stages of payment, namely billing when the physical construction has reached 50%, paid 30% of the contract value. If it’s 80% paid 50%, and when it’s finished 80% paid can be paid.

“Meanwhile, 20% of the payment, please be held for retention,” said Andi Rukman.

However, the problem of slow payments from BUMN is due to a centralized system. So the disposition is at the center so that if the center holds back payments then the local contractors will be the victims.

Read Also:  The market feels the consequences of the stimulus to debt and interest rates

The delay in payment was due to the empty cash flow in BUMN, because they were too forced to build various infrastructures. In fact, these BUMNs are also screaming because they themselves have not been paid by the government.

“There are also some SOEs who are greedy, even though their cash flow is not good, they capitulate projects left and right, then slash prices,” he said.

To find a solution to this issue, Gapensi will discuss it again Minister of BUMN Erick Thohir and Minister of PUPR Mochamad Basoeki Hadimoeljono.

On another part, Andi Rukman N Karumpa reminded the importance of preparing local industries related to materials in the plan to build a new capital city in East Kalimantan. What does it mean that development must imitate Kuala Kencana in Papua?