Here we follow all developments on the spread of SARS-CoV-2 on an international scale. Portugal registered, in the last 24 hours, another 1,856 new cases and 19 deaths.


The Azores have recorded, in the last 24 hours, nine positive cases of covid-19 and a recovery on the island of São Miguel, the Regional Health Authority said today.

In its daily statement, that entity adds that, in the last 24 hours, 1,179 analyzes were carried out in the two reference laboratories in the Region, located on the islands of São Miguel and Terceira.

The diagnosed cases refer to a 34-year-old man and two women, 20 and 25 years old, “not resident in the Region and coming from an air connection with the Portuguese mainland, who underwent a SARS-CoV-2 screening test prior to boarding with a negative result and whose test carried out after the sixth day produced a positive result “.

The Azorean Health Authority also says that the other case identified refers to a 60-year-old man, “resident in the Region, who, for showing symptoms, was tested for covid-19, with a positive result, being admitted to the Hospital do Divino Espírito Santo, from Ponta de Delgada “.

Almost 40 percent of Covid 19 deaths in Portugal occurred in homes. RTP came to know the day-to-day life of a nursing home in Pardilhó, in the municipality of Estarreja, which until today has managed to “escape” the virus. Users and employees live between rigor and luck.

The number of cases has increased 44 percent this week in Europe. Across the continent, several countries are tightening up measures to break contagion records.

In France, where in just 24 hours more than 32,000 infections were counted, the curfew came into force yesterday and will last for four weeks.


The Medical Association is against the mandatory installation of the Stayaway Covid application. It alleges the lack of scientific evidence that the use contributes significantly to decrease the incidence of Covid-19. It says that the application should be recommended, never mandatory.

The Bastonário dos Médicos insists that the mandatory installation, use and inspection of the application calls into question fundamental ethical questions.

Miguel Guimarães also says that the Order took some time to issue a note on the matter, as it was listening to specialists.


The 54 elderly women from the Mansão de S. José home have already been transferred to the Beja Air Base. In this institution, 106 people tested positive for the new coronavirus. In Alvaiázere, in the district of Leiria, there are 40 infected people who belong to the Association of the Casa do Povo de Maçãs of Dona Maria.

The North continues to be the region with the highest daily increase (1,168 new cases), followed by Lisbon and the Tagus Valley (385), the central region (231), Alentejo (35) and Algarve (28). Madeira also registered eight new cases and the Azores one case.

Of the total deaths, ten were registered in Lisbon and Vale do Tejo and nine in the north of the country.

At Hospital Amadora-Sintra the pressure on hospitalizations has been increasing since September. In Intensive Care there are only five beds available. Number of beds in UCI should increase, in December, with the creation of a new unit.

The demand for urgencies, the highest in the region of Lisbon and Vale do Tejo, has already led to referral to other emergencies in situations of peak affluence.

13h28 – Alert for urgency to hire doctors and nurses

Intensive care specialists warn of the urgent need to hire more doctors and nurses to respond to the increase in Covid-19 cases. They say that there is still no situation of rupture or chaos, but that it is necessary to take urgent measures.

A study by Japanese researchers found that the SARS-CoV-2 coronavirus remains active on the skin for nine hours, thus confirming the need to wash your hands frequently to fight the covid-19 pandemic.

In comparison, the pathogen that causes flu survives on the skin for about 1.8 hours, says the study published this month in the journal Clinical Infectious Diseases.

“The nine-hour survival of SARS-CoV-2 (the strain of the virus that causes covid-19 disease) on human skin may increase the risk of contact transmission compared to IAV (influenza A or influenza A virus) , thus accelerating the pandemic “, say the study authors.

Both the coronavirus and the flu virus are inactivated in 15 seconds by the application of ethanol, used in hand sanitizers.

“The increased survival of SARS-CoV-2 in the skin increases the risk of transmission through contact, but hand hygiene can reduce that risk,” say the researchers.

12:00 – Italy mobilizes an additional € 39 billion to combat the economic impact of the pandemic

The Italian Government, meeting in a council of ministers, approved a corrective project to mobilize more funds to face the consequences of the pandemic.

10:20 am – Order of Doctors against mandatory ‘App` StayAway Covid

The Ordem dos Médicos is against the mandatory installation of the StayAway Covid application by there is no scientific evidence that its use contributes to reducing the incidence of covid-19.

“The StayAway Covid application is only useful in complementarity with other pandemic control measures and its interest is scarce in isolation. There is no robust scientific evidence that its use can significantly contribute to reducing the incidence of covid-19”, justifies the Order of Doctors in a statement.

9:45 am – New Zealand with new case after announcing defeat of the virus

New Zealand has diagnosed a new case of covid-19 in the past 24 hours, officials said, two weeks after Prime Minister Jacinda Ardern said she was pleased that her country had “defeated the virus again”.

The country’s general director of health, Ashley Bloomfield, announced that a port worker tested positive for the covid-19 test on Saturday.

“As this person was tested the day he developed the symptoms, the health department was able to put the contact cases in isolation,” said the official.


9:30 am – Mandatory curfew is already in effect in nine regions of France

A recent poll shows that 60% of French people accept the restriction, taking into account that the number of infected people is increasing day by day.

The President of the Republic will call, in the next two weeks, the various Orders of the Health sector and Former Ministers for a hearing on the evolution of the Pandemic in Portugal.

The former minister, Ana Jorge, argues that health authorities should be in agreement on the information and guidelines they give to people who tested positive for Covid-19.

9:00 am – Former DGS official warns of difficult decisions in the coming months

Public health expert Constantino Sakellarides believes it will be necessary to make difficult decisions in the coming months.

The former Director-General for Health criticizes the Government for not having regular scientific advice and stresses that making political decisions in this way is an omission of the third world.

Amadora-Sintra Hospital builds new ICU that should open in December

The Fernando da Fonseca Hospital (Amadora-Sintra) is going to build a new Intensive Care Unit to reinforce its response in the context of the pandemic covid-19, a work estimated at 801,900 euros and which should start operating in December. 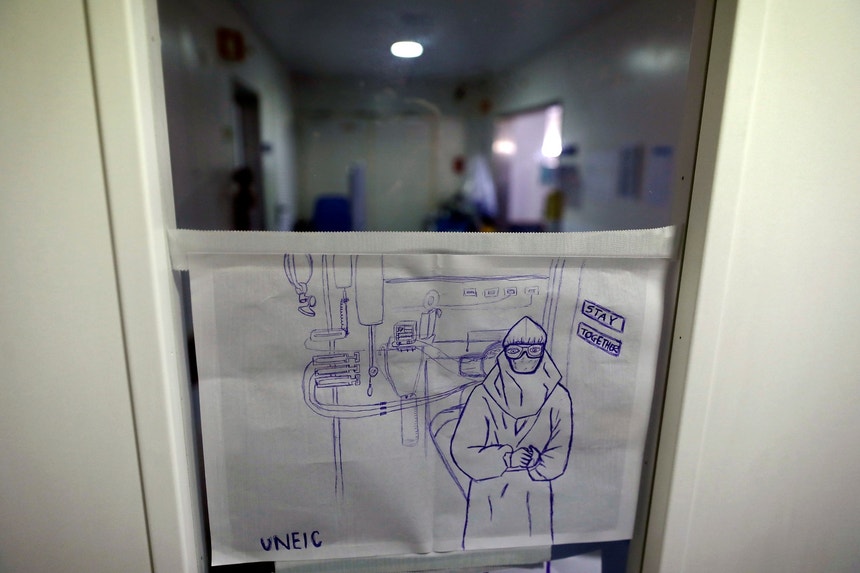 The construction of the new level II Intensive Care Unit (UCI II) is scheduled to start on Monday and is expected to be completed on December 10, advanced the Chairman of the Board of Directors Hospital Professor Doutor Fernando da Fonseca [HFF].

This investment represents an increase of 15 beds, compared to the current four existing in this level II and the medical team that will integrate it will result from the reorganization of the team of the Intensive Care Service and the hiring of intensive care doctors, nurses and operational assistants.

“It is a structuring work for the Hospital Professor Doutor Fernando da Fonseca and with a transversal impact on the entire institution and on the quality of the care we provide”, said Marco Ferreira.

The work was scheduled to be carried out in 2021 but, due to the current epidemic situation, it was anticipated and will be carried out in a “very short period”, he said, noting that the HFF is from hospitals in the region of Lisbon and Vale do Tejo with the highest number of covid-19 patients hospitalized since the start of the pandemic.
President admits more deficit because of health

The President of the Republic admits an increase in the deficit if the reason is the reinforcement of personnel in the National Health Service.

At the end of a visit to the municipality of Vila do Bispo, Marcelo resorted to the words of former President Jorge Sampaio to reaffirm “that life neither begins nor ends in deficit”.

“The deficit is very important, but if it is proved that, effectively, it is necessary a few more zero points any percent due to the urgency of reinforcing the health budget and the parties understand that it must be so, as it must be”, he underlined.

Marcelo Rebelo de Sousa considers that, if necessary, no party will say no to a reinforcement of the Health Budget.

The head of state says he prefers “a thousand times” measures to avoid further confinement. The President warns that only within two weeks can Portugal be assessed whether or not to return to a new confinement.

The prime minister says he was misunderstood in his proposal on the mandatory installation of the Stayaway Covid application.

António Costa stresses that the mandatory use of a mask is more restrictive.
### 1267944###
Alexandra Leitão says she prefers the use of the Stayaway Covid application to be optional.

In an interview with Antena 1 and Jornal de Negócios, the Minister for Modernization of the State and Public Administration refused to answer whether she has the application because she considers it a matter of personal nature.

Justice. Assizes: tortured at his home by the couple he was hosting

Tsunami warning after severe earthquake off the coast of Alaska