Communist Cafu, but also Christopher Columbus. Such are the nicknames that Coufal earned among the Hammers

“I feel like Christopher Columbus,” laughed at the camera during a video interview from Cyprus, Hammers’s new acquisition, mentioning travel anabases she had to go through over the past week.

“After the match with Midtjylland, West Ham sent me a private plane with only a pilot and a steward to take me to London for a medical examination. Unbelievable how thorough it was and how the doctors knocked me out. They started at nine in the morning, and ended at four in the afternoon. I was only on magnetic resonance imaging for three hours, “Coufal admitted that he had never experienced a similarly thorough inspection during his career.

The joy of Hammers. Debutant Vladimír Coufal helped in the English league to win West Ham 3: 0 on the field of the 100% Leicester.

“After all, the doctors asked about the injuries I suffered in Liberec and forgot about them a long time ago,” he was surprised at how careful and perfect records of him were in the new club.

His chin also dropped when he finally got to the Kladivars training center. “Four playgrounds, a dining room, everything modern, just a bomb.”

However, he was also enthusiastic about the reception and the first days among the new teammates. “Everyone is in a very positive mood and they encouraged me one by one. At the same time, they could look at me as someone who came and took their job, “Coufal does not deny that he was not surprised. But he immediately became one of the new teammates.

“I always watched the English league, and when Tomáš Souček moved to West Ham, I watched every match as much as I could. That’s why I knew most of the new teammates and it was easier in the cabin. And besides, Tomáš helped me. Ham’s name and position made everything easier for me. I’m glad to be with him again in the national team and the club, because he’s a fantastic footballer with a lot of things that other players don’t have. “

Done! Coufal signed up for West Ham, Slavia can look forward to millions

Two days after the transfer to West Ham, the Czech national team member appeared in the basic line-up of his new team and was waiting for his debut in the Premier League at Leicester Stadium. Debut winning, because the Hammers won 3: 0 and scored three important points. Even Coufal’s doing.

“It simply came to our notice then. I had some indications that my transfer might work before the Champions League playoffs in Denmark, but after the match, Mr. Tvrdík called me that Slavia’s contract with West Ham had been approved. I just thanked him and the coaches for how they took care of me and how they prepared me, have a goodbye beer with the boys in the room and then sleep for a few hours to be ready for the trip and a tour in London, “he returned to the transfer ongoing ball lightning speed.

But Coufal’s journey to the basic line-up of the Hammers was just as fast.

“It wasn’t even time to be surprised that I was at the base. I had no idea, no one talked to me. Of course not a manager, because David Moyes was in isolation and only now is he returning to the team. But I trained with the team twice and I registered certain signals. After the pre-match training, the coach took me to the video, explained to me that we would play with a five-member defense, and gave instructions on where to stand and how to do it. “

Imagination! Coufala was praised by the coach, West Ham fans compared him to the legend and thanked Souček

The ex-Slavic defender handled the premiere perfectly, so after his debut, praise rushed to him on all sides. Superlatives and all sorts of allusions and comparisons as well. He even earned one particularly spicy one, as Hammers fans gave him the name Communist Cafu. Certainly flattering to some extent, because the Brazilian defender considered one of the best extreme backs in the world was a concept.

“They don’t know much about us, so I’d rather not comment. But I registered the praise of the fans. Not to mention that five thousand people suddenly tag you in a social media post and you don’t know what’s going on. And I also registered that they appreciated my effort to speak English in the first interview. Although I am at some level with English and I can master it, even though it still makes it difficult for me to get used to fast speech and accent. That’s why I have a textbook in Cyprus and I do English exercises for two hours a day. “ 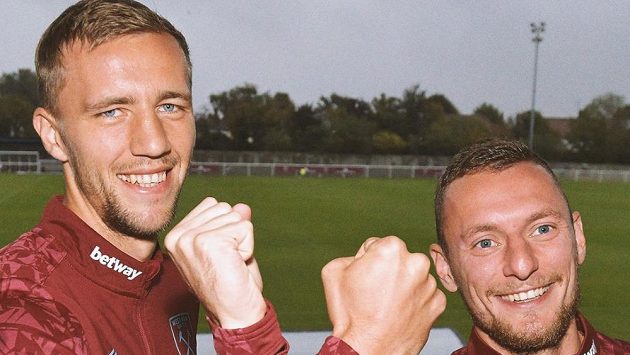 “Against Leicester, I tried to play what I could and put the maximum into the match. However, it was only the first swallow, because harder matches are yet to come. Me and West Ham. It will therefore, of course, be more difficult to confirm performances, “Coufal is aware that real tests with fire will come.

Right after the national team break, when the Hammers play at home with Burnley and Manchester City, they then set off on the last day of October to Anfield to confront the championship Liverpool. 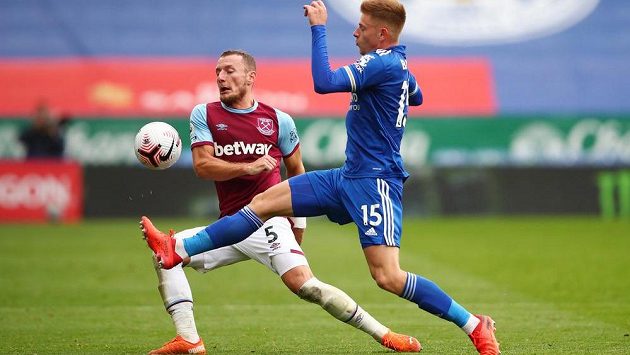 Debutant Vladimír Coufal helped in the English league to win West Ham 3: 0 on the field of the 100% Leicester.

Before that, however, Coufal, as well as his West Ham teammate Tomáš Souček, will have two matches for points in the League of Nations in national team colors. First on Sunday in Israel, then on Wednesday in Scotland.

“We will see what awaits us in Israel, but in any case a qualitatively better opponent will oppose us than the Cypriots were preparing for. But some pluses are on our side. While we were already playing on Wednesday, Israel traveled to the play-off for the EURO to Scotland, where he did not play until Thursday. His players will have to deal with a long flight, moreover, they did not manage the qualification, so the psychological advantage should also be on our side, “Coufal thought about the Sunday meeting of the League of Nations in Haifa. 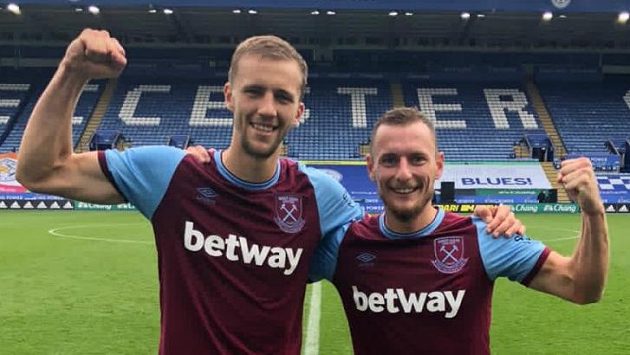 Tomáš Souček (left) and Vladimír Coufal in the colors of West Ham after the victory on the Leicester field.

He made no secret of the fact that he is far more attracted and motivated by the next match on Wednesday in the Islands. In Hampden Park in Glasgow, the Czech team will face Scotland.

“I’m looking forward very much. Just because it will be played in different, and for us mainly more normal weather than what is now prevailing in Cyprus and Israel, but mainly because there are enough Premier League players in the Scottish nomination. I hope that they will know the true strength of our national team, that we will win and repay them a loss from Olomouc, “he reminded him of the September Calvary, when the Czech national team composed of second-line players had to come to Haná against the Scots.