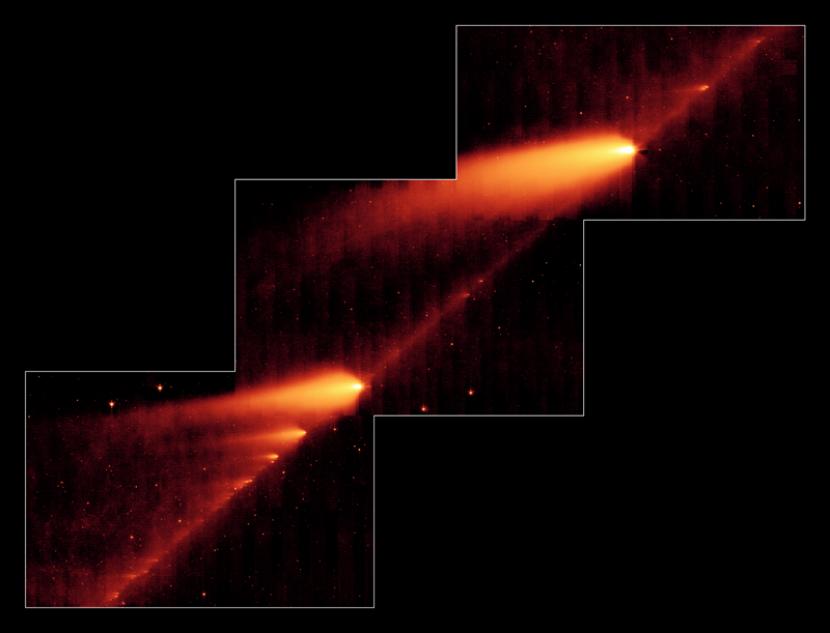 Scientists expect the Tau Herculids meteor shower from the collapse of comet SW3.

REPUBLIKA.CO.ID, JAKARTA — A comet that split in 1995 and may still be fragmented may produce a brief but powerful meteor shower display on May 30-31 2022. This is because Earth is passing through a very dense stream of frozen particles. left by comets in 1995, 1897, and 1892.

If that happens, a spectacular meteor display is expected. Tau Herculids is a meteor shower. 73P/Schwassmann-Wachmann 3, or SW3 is the parent comet.

This comet was discovered in 1930 by astronomers. Every 5.4 years, this comet orbits the sun. In July and August 2022, the comet will be visible in our night sky once again.

In 1995, astronomers watched as this comet began to break apart and leave more and more debris in its orbit. That’s why, according to some new estimates, the Tau Herculid meteor shower produced by SW3, might be quite spectacular in May 2022.

NASA’s Meteoroid Environment Office led by Bill Cooke said that if debris from SW3 was traveling more than 220 miles per hour (354 kph) as it separated from the comet, we might see a good meteor shower. “If the debris had a slower ejection velocity, then nothing would reach Earth and there wouldn’t be any meteors from this comet.”

Prior to the discovery of comet SW3, Arnold Schwassmann and Arno Arthur Wachmann of the Hamburg Observatory discovered two comets (SW1 in 1927 and SW2 in 1929) while conducting a photographic search for asteroids, or minor planets.

On May 2, 1930, they discovered SW3. Despite its relatively short orbit around the sun, the comet was not seen again until 1979, after its first appearance in 1930. SW3 was missed by astronomers because astronomers were staring in the wrong direction in the sky.

Because many comets pass near Jupiter, their orbit predictions are wrong. The comet’s orbit is changed by its close encounter with Jupiter. Astronomers have caught it every time it returns near the sun since 1979, with the exception of 1985.

In 1995, the brightness of comet SW3 increased by about 7 magnitudes. In other words, the comet becomes 600 times brighter overnight.

Observers using the telescope noted that the nucleus, or core, of SW3 had split into several pieces a month after the explosion. They eventually discovered that the comet had split into four parts, with two of them disintegrating and the other two remaining in orbit around the sun.