Actress Amelie Pokorná: Theater and filming are a passion for me

We have summer behind us. Did you manage to enjoy it, or did you shoot in one piece?

The summer was mostly working, but I enjoyed it anyway. I shot The Sisters and the series Stars Overhead, which is also for Prima. The shooting of Hvězda was divine, because it takes place outdoors, we have real villages, houses, gardens, we are in forests, meadows, not far from Zbiroh. And because it’s really beautiful there, I can say that I spent at least part of the village holidays.

Adélka? He has known me since early childhood, practically from my baby. She is absolutely great and we understand each other beautifully. When they told me she would be my mother, I danced. We have the same sense of humor, which is great. Some say we look alike. And most importantly, we help each other with lyrics, Adélka throws me mnemonics and we solve it together in the locker room. We’ll laugh a lot.

When we are tired, it can create an atmosphere in the place to make it live. He also brings life to the lyrics, because he is a great actor, extremely natural, funny. He can improvise, I have something to learn from him. I like to watch him play. Really God!

Can you imagine having a tiny sibling like Andy?

Yeah, even though I only have an older brother who is twenty-two. A hugely talented jazz pianist. At least for a few days I would like to experience what it is like.

Your real mother is actress Lucie Zedníčková and your father is TV producer Vít Pokorný. So you were probably close to the theater and television as a child…

Very close, because I didn’t have a normal childhood in the sense of going from school to the class and then home. I didn’t go home to play, but packed my homework the next day and went with my bag to the theater, where I did them backstage. When they were done or we didn’t get any, I started to go around the theater. I thought I belonged there. In retrospect, I think of it not as an automatic love of theater, but as a fairly natural second home.

Which role was the first?

In the series Pojišťovna štěstí in two and a half years. My parents were Mirek Etzler and Alenka Antalová. I remember having a lot of fun.

How can you remember anything from such a young age? It is said that we have the first memories associated with the third year of life.

Yes, yes, I remember. I also have photo albums at home that the lady who took care of me made me. Such a good Alenka Kubálková. She pasted my scripts, photos, and wrote various observations into them. My brothers were played by Vojta Kotek and Jirka Mádl. My name was Natálka.

And what about the musical fairy tale In the Duvet, in which you performed with a lot of well-known actors and non-actors, for example with Lucie Bílá?

I was five and I remember this shooting pretty well. I didn’t even know what actors I was shooting with. For the whole ten years that the fairy tale has been out, almost every day I get questions about what it was like to shoot with Lucka and Karel Roden. I just remember it was great, but my five-year-old self wasn’t able to realize who I was filming with. I didn’t experience it at all, at the age of five I didn’t care who they were.

You play the teenage Andy from Sestřičky, initially very defiant, convincingly. Did they choose you through the casting?

I already played on Prime in Krejz on Prime. And when they started filming Sestřičky, Ivan Vodochodský called me to see if I would be interested in the role. So they chose me based on the experience of the previous shooting.

Weren’t you worried about how to handle the role of a biathlon representative?

She did, because I never identified with biathlon. It was a sport that I would probably run last. The only two names I knew were Gábina Koukalová and Michal Šlesinger. So it made me quite nervous. Then came training, falls, I couldn’t do much, I had to lock up. People have been playing biathlon for ten to fifteen years and dream of meeting Gabina and Michal. I’ve been doing it for two months and I’ve known them.

Biathlon was a challenge for the young actress. Thanks to filming, she met Gabriela Koukalová.

Where do you train?

In reality, in Prague’s Ladronka and in the series, it is the Malešice Park, here not far from the studios.

But don’t you shoot?

No, I only had to master the technique of cross-country skiing on roller skis. But I really enjoy shooting. If biathlon was without skiing and just about shooting, I would go for it! I’m pretty good.

Sport is probably not difficult for you, I come across the title of world champion in modern dance.

I’ve been dancing for about thirteen years. My mother tells me about the first performance that she still had to take off my diaper in front of him. Which is pretty funny. It was definitely not about dancing, but rather running from place to place. Then I devoted myself more to dancing, in 2018 I won the world title, in a year also the national one, for myself, not in a group. Now I do more fusion things, soft movements, longer, it’s a lot about emotion.

Do you even have time for normal girly interests?

It’s a funny question if I have free time to go to school, shoot, dance, ride the horses I love. But if you ask about going out in the evening with the girls or to the shopping… So I lose a lot of similar things. But the inspiration from the shooting gives me great feelings. That I say to myself, now I don’t want to be somewhere with friends and hang out in the city. Although I work and I don’t have time for anything, it’s worth it. Both theater, musical and filming are a huge passion for me!

“In mid-November there is a risk of blocking resuscitations”

Vincent Kompany: “My reaction was something about it, I apologized to the ref” | Jupiler Pro League 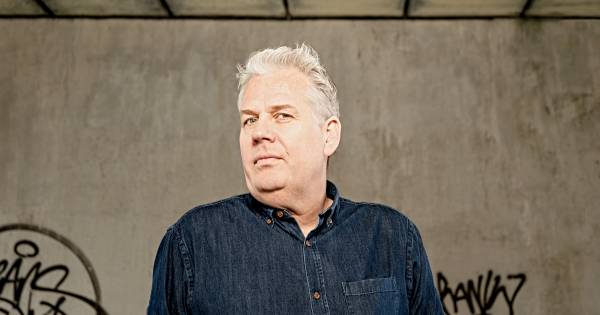 Thomas Acda: ‘I am 53 years old, so the enormous sexyness that comes with fame is gone’ | magazine