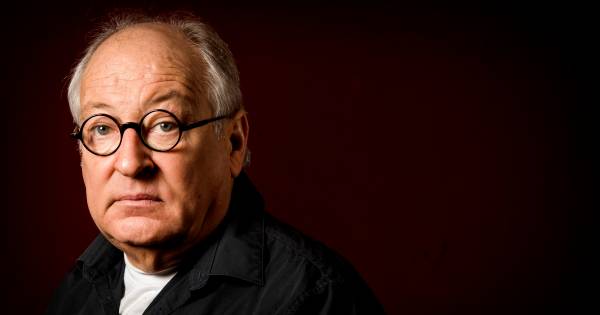 Van ‘t Hek was a guest in today The Language State to tell about his new collection In Corontaine. The 66-year-old columnist read some pieces, but also talked extensively about his fascination with death and one of the special hobbies he has: visiting Italian and French cemeteries. “I also read the epitaphs, yes. Many cemeteries have a children’s corner up to the age of 17, then I walk past it and I have a fantasy about how a family should continue after the loss of, for example, a child of 15, “says Van ‘t Hek.

The comedian states that when watching programs like The driving judge in The Family Dinner eventually thinks, “What are you whining about?” Van ‘t Hek prefers to look at’ the big, real life. ‘ “Because the reality is that we’re going to die, right?”

Van ‘t Hek can talk about this like no other. He received 6 bypasses after heart surgery and was hospitalized in March because he was infected with the corona virus. The comedian previously called that a ‘dark period‘from his life. “I was very ill, but I also laughed in the ward. Every night there were very nice nurses who asked if they could do something for me. ” Van ‘t Hek reacted wittily to this with’ a little dance, please ‘.

On his last day in hospital, that request was complied with. “They then rehearsed a dance in those moon suits. That was one of the most moving moments of my life. It was a beautiful picture. A kind of support in an uncontrollably sad corona time. ”

Meanwhile, things are going much better again with Van ‘t Hek. “The stories that it will take longer are correct. It really gets to you. but I sleep well and a lot and play a lot. ”

Moody’s prepares the downgrade of Italian banks: “Without tourism, doubtful loans will rise”

Belgium in lockdown: these are the new corona measures