Year of seniors. Valorisation, 13 and 14 as Christmas gifts for pensioners 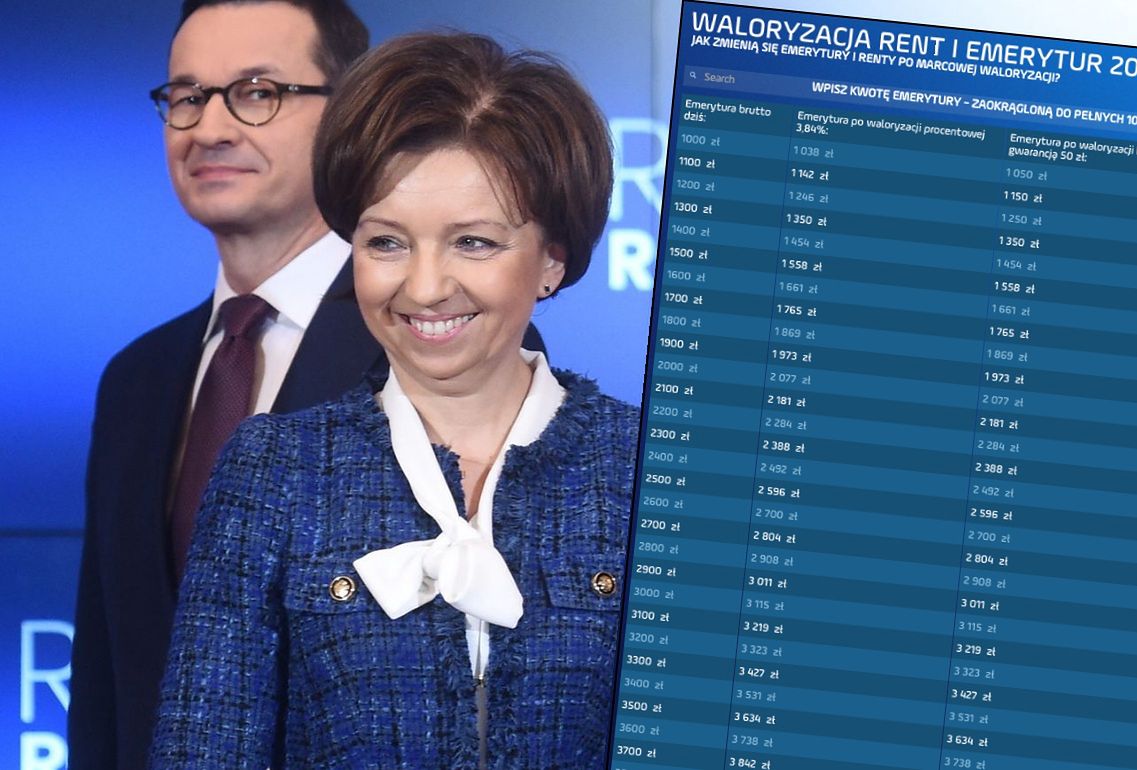 34 thousand 133 zlotys – this is the highest pension paid in Poland. A man who worked exactly 62 years worked for it. Industry? Production of lead, tin and zinc. According to the information from the Social Insurance Institution, he was never a director, never held a managerial position. Oh, a manual worker.

For over six decades of paying contributions, he raised PLN 2.4 million in old age. He is 86 years old. And he is just starting to spend his pension capital.

According to ZUS data, high pensions in Poland are mainly the domain of men. Of the five highest benefits, four belong to the gentlemen. The second highest payment from ZUS is 28 thousand. PLN 650. This is what an 83-year-old who has worked for 59 years gets every month. In total, during this time he collected PLN 2.2 million from contributions.

Poland’s rating is stable. Is this the green light for further debt?

According to the information of the Department, he worked in the industry responsible for the production of plastic plates, sheets and pipes.

On the basis of the collected capital, it can be seen that she had the chance to receive the highest benefit in Poland, as long as she would work longer. Why? She retired earlier and raised more capital than the person in the first place.

According to money.pl estimates, if it extended its activity by five years, it would have about PLN 2.8 million on its account.

For retirees, however, 2021 will be extremely financially beneficial. In turn, it will be extremely demanding for the budget. Positive information will begin to reach seniors in March next year. Then the Social Insurance Institution will carry out indexation of the benefits (pensions) paid.

According to the preliminary budget assumptions, next year’s indexation will amount to 3.84 percent. At the same time, it will be a percentage-amount indexation, with a guaranteed bonus of PLN 50.

Indexation indicators in the last 20 years:

How will seniors’ pensions change?

And here it is worth stopping by. This perfectly shows what valorization is. Its vast majority is maintaining the value of what pensioners already get. In other words: it is a compensation for rising prices in stores. And although a few dozen or several hundred zlotys more are added to the old-age or disability pension, the basket in the store can be filled to the same extent.

Only a small part of the valorization is an addition which they can treat as a raise. So the “profit” of seniors depends on the situation in the economy and how much wages are growing.

However, the allowances for seniors do not end there. In April next year, the 13th pension will go to them. This will amount to PLN 1,250 and will go to every senior citizen. This is another PLN 10 billion. You could say that it will be a budget-financed gift for Easter.

It is worth remembering that although the program is called the so-called With the 13th pension, it is not another benefit in the same amount as pensioners receive the previous 12 transfers. The “13” is worth the minimum pension in a given year (awarded after 20 years of work for women and 25 years for men). And this is currently planned for just over 1.2 thousand. PLN gross.

Another accessory – again you could say it’s a budget gift – will be delivered just before Christmas. Then the government of Mateusz Morawiecki and the Social Insurance Institution are to start paying the 14th pensions. And in this case it will be PLN 1250 again. Again, the entire operation will cost around PLN 10 billion.

In the case of the so-called The “14th” retirement will get one catch though. Not every senior will get it. Already in the Law and Justice program, you can read that the “14” will be awarded to those who do not exceed the agreed threshold of 120 percent. average pension. And this makes seniors who have over 3,000 PLN every month, they will say goodbye with the full allowance.

Their benefit will be paid in the “PLN for PLN” mode. If they exceed the threshold by PLN 100, the funds withdrawn will be reduced by this amount. This makes seniors with a pension worth around 4.3 thousand. PLN will not get anything anymore.

ZK590WHY is the cost of the Pension Supplement called 13 in GROSS amounts? WHY is the valorization of pensions granted in … Read the whole thing

In white and pearls .. Hoda Al-Etrebi, a different block in the activities of the A Festival

New Nissan X-Trail, for the Italian market there is the Salomon signature