With Tarasov scoring, the Latvian national team wins Montenegro – Football after the first half

The Latvian national football team wins Montenegro 1: 0 in the test match in Podgorica on Wednesday after the first half.

The game will be broadcast live on TV6.

Igors Tarasovs scored the goal for the Latvian national team.

The duel takes place in difficult conditions, because tonight it is raining heavily in Podgorica, which significantly affects the quality of the field and the rhythm of the game.

In the 11th minute after the penalty kick, Vladans Adžičs hit the ball along the goal of the Latvian national team. In the first half of the half, at the end of the second field, Latvian footballers delivered the ball to the penalty area a couple of times, but the final phase of the attack was not successful.

After 25 minutes, a couple of quick and successful challenges followed by a shot from just outside the penalty area by Vladislavs Gutkovskis might have resulted in another goal for fc. A corner kick was scored by Krišs Kārkliņš, after which Tarasovs headed the ball into the goal – 1: 0.

Ten minutes later, after another corner kick from Kārkliņš, the ball got stuck a few meters from the goal, the Latvians were unable to double their lead. In the 38th minute of the match, Kārkliņš himself had a chance to stand out, but his opponent’s goalkeeper got in the way of the ball he hit. A minute later, Dāvis Ikaunieks and Gutkovskis were only a little short of accurate blows.

The match between the two units in Montenegro was already scheduled for March 26 this year, but due to the Covid-10 pandemic, it did not happen.

The match favorite will be Montenegro. It both occupies a higher place in the world rank – 63rd place against Latvia’s 137th place, and also plays in the highest group of the League of Nations. While Latvia is fighting in the lower D league, the Montenegrins are in the C league. In addition, unlike Latvia, which ranks second in the four-team competition with two draws in the dwarf countries, Montenegro has celebrated two victories in the first group of League C and ranks first.

In the last three games, both opponents have not lost, but Montenegro has celebrated three victories, defeating Belarus in the test match in Podgorica with 2: 0 and in the matches of the Nations in the away games with a 2: 0 victory in Cyprus and with a 2: 1 victory in Luxembourg.

Meanwhile, last autumn in the last qualifying match of the European Championship in its field, which no longer decided anything, Latvia defeated the experimental line-up of the Austrian team 1: 0, but this autumn in the matches of the League of Nations failed to beat Andorra in its field (0: 0) and Malta (1: 1). .

So far, the teams have met once. In August 2012, Montenegro won the friendly match 2: 0. The 36th minute was still scored by the still standing captain of the team and the best goal scorer of all time Stevans Jovetičs, but in the 76th minute the goal was scored by Filips Kasaļica, who came on the field in the second half.

Among the current candidates for the Latvian national team in 2012, midfielder Artūrs Zjuzins played in a match with Montenegrins, but Ritvars Rugins (“Riga”) went on the pitch.

Defender Kaspars Dubra from the Ukrainian team “Oleksandriya”, who had a positive Covid-19 test just before leaving for the field, will not be able to help Latvia.

Also, defender Antonijs Chernomordijs has not gone to Montenegro from “Riga” due to injury.

The Latvian national team has had limited preparation time. Eight people could train in the first national team training, in the second – 17, but on the third Tuesday in Montenegro the team was already close to full composition.

The Latvian national football team will play a test match with Montenegro on October 7 in Podgorica, on October 10 in the UEFA League of Nations will visit the Faroe Islands, and three days later will host Malta on its field within the same tournament.

The Latvians in the first group of UEFA Nations League D played a draw with Andorra 0: 0 at home in September and fought 1: 1 with Malta in the away team.

After two games, the group is led by the Faroe Islands with six points, Latvia has two points, and Andorra and Malta have scored one each.

The winner of the first group of the League of Nations D will secure a place in the C league of the next season or in the third level by force. The weakest national teams play in the D league.

The last games of the League of Nations are scheduled for Latvia in November.

Composition of the Latvian national football team in the match with Montenegro: 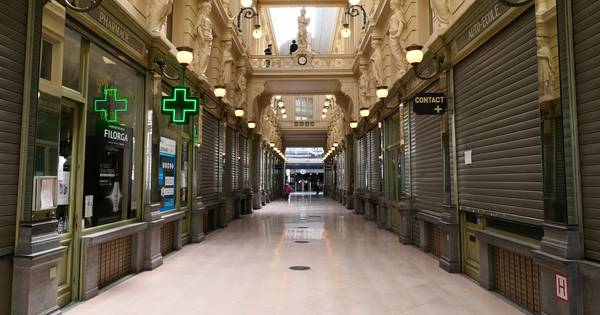