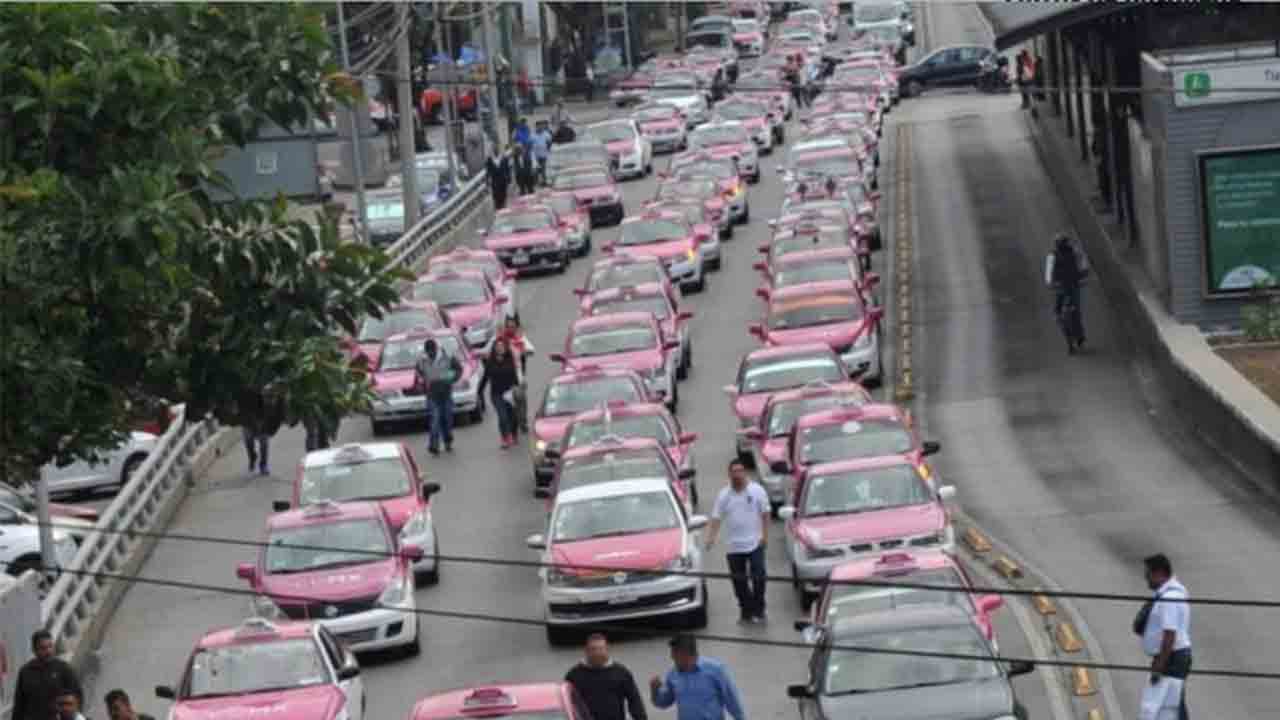 Thousands of taxi drivers from Mexico City, neighboring states and the capital’s International Airport held a protest this Monday, October 12, paralyzing the center of CDMX.

The intention was to take a letter to the National Palace to ask the federal government and that of Mexico City, to comply with the agreements reached in working groups with the Ministry of the Interior and local authorities.

This was indicated by Ignacio Rodríguez, spokesman for the National Taxi Drivers Movement:

“The mobilizations are in protest of the lack of seriousness and follow-up of the agreements that emerged from the working groups in the federal government and capital government ministries, as well as the neglect in the State of Mexico, and in various entities of the Republic ”.

???? Follow the arrival of taxis to the concentration in the Angel of Independence #CDMX

The Secretary of the Government of Mexico City reported that the taxi drivers’ march started from the Glorieta del Ángel de la Independencia, mostly from the State of Mexico.

The Center for Command, Control, Computing, Communications and Citizen Contact of Mexico City (C5), reported traffic impacts on Insurgentes and Reforma avenues, since in addition to the taxi drivers, members of the Mexican Union of Electricians (SME) , held a demonstration at the crossroads between both roads.

Read Also:  17 new cases of Covid at the Anne-Laffont nursing home in Colomiers -

The Secretary of Government, Alfonso Suárez del Real, indicated that the demands of the MNT would be discussed at the table.

Suárez del Real said that the table was proposed at 9:00 a.m., however, the MNT indicated that they could attend it until after their meeting at 10:00 a.m.

The secretary sent an exhortation to the Government of the State of Mexico to attend to the demands of the taxi drivers, since he indicated that most of the protesters come from that entity.

According to Semovi, it cannot be regulated due to the amparo appeals that are underway

The Ministry of Mobility (Semovi) has been “tied hands” since 2019 to advance in the regularization of the taxi service by digital application, -one of the demands of the National Taxi Movement (MNT).

According to Semovi, at least three out of four amparo appeals filed against him by the companies Uber, Cabify, Didi and Taxi en Línea are in process.

This Monday morning, the head of Semovi, Andrés Lajous, argued that the regulation process of these companies “is not a process that happens completely in a straight line, since there have been protections from some of them.”

The first is from the international company Uber México Technology & Software, SA DE CV, who filed amparo 788/2019 in the Tenth District Court for Administrative Matters in CDMX to claim five acts of the Semovi.

The first act claimed is the Agreement to obtain the record of registration by the “legal entities that operate computer applications and platforms” and allow users to hire the service of “specialized private passenger transport with driver” in the capital, published in the Official Gazette of Mexico City, on April 25, 2019.

Uber also took refuge in not complying with the Notice to validate the vehicles that provide this service in 2019, published in the aforementioned Gazette on May 24 of last year.

This protection from Uber Mexico is “in process” and a constitutional hearing is scheduled for next December 3, 2020.

According to Semovi, the company Cabify, SRL DE CV filed amparo 776/2019 in the Ninth District Court for Administrative Matters in CDMX for two measures ordered by the Secretariat.

The first is the endorsement of the Decree by which various provisions of the Regulations of the Mobility Law of the “Federal District” published in the Official Gazette on April 24, 2019 are amended, added and repealed.

The status of this protection is also in process, through the Resource for Review RR 518/2019.

The Didi Mobility company was not left behind in the face of Semovi’s actions and filed Amparo 1773/2019 that was settled in the Seventh District Court in Administrative Matters in CDMX based on the Amparo against laws, regulations or provisions of a general nature , in particular the Federal District Mobility Law and article 48 that refers to the road safety information and monitoring system for Semovi to integrate and operate the database to “record, process and update information on road safety”.

Like the previous two, this protection is in process, through the Remedy for Review RA 25/2020, which was sent to the Collegiate Circuit Court on October 7, 2020.

The Online Taxi appeal has already been resolved

The Semovi was notified of a fourth appeal of the company Taxi en Línea, SA DE CV, on 801/2019, filed in the Fifth District Court for Administrative Matters in CDMX.

The publication of the Decree that reforms, adds and repeals various provisions of the Regulations of the DF Mobility Law published in the Gazette on April 24, 2019.

However, according to the Semovi, the amparo was resolved in the Appeal for Review, since “the contested sentence was confirmed and the trial was dismissed,” by means of the agreement of February 17, 2020. 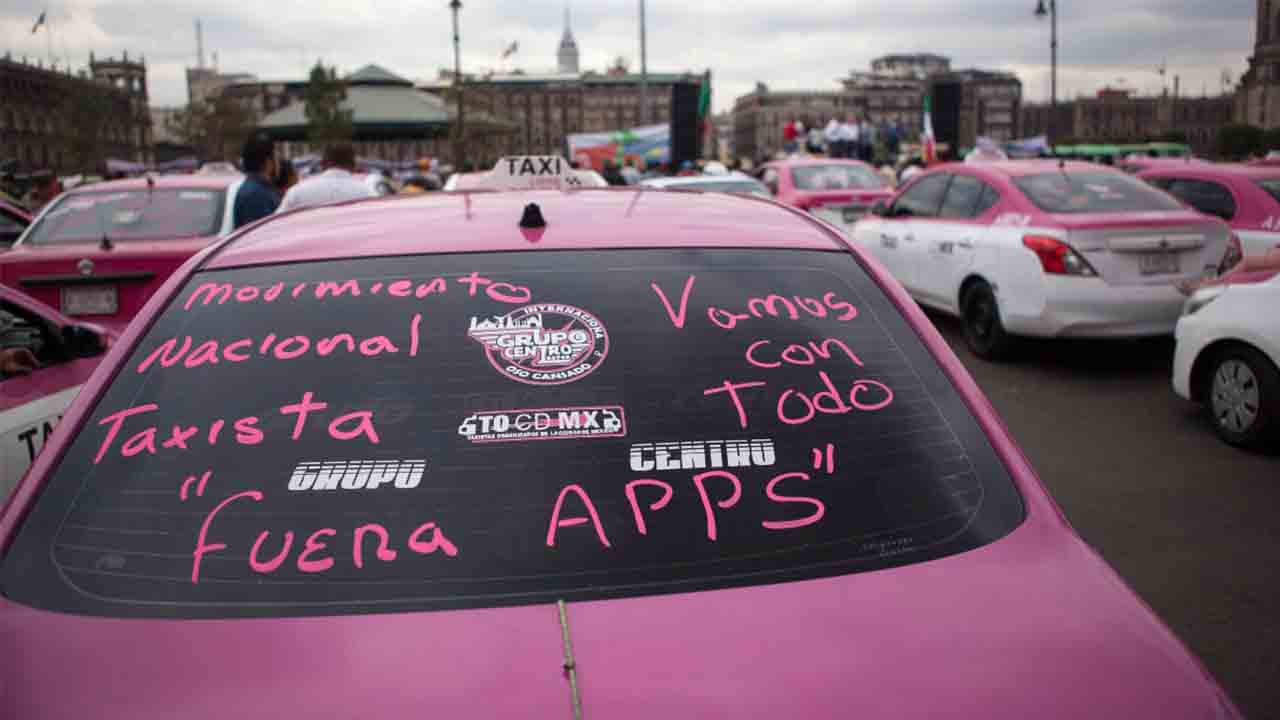 Andrés Lajous clarified that Semovi follows the legal course of these amparos so that, as soon as they are resolved in the courts, the service can be regulated. 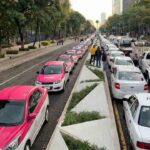