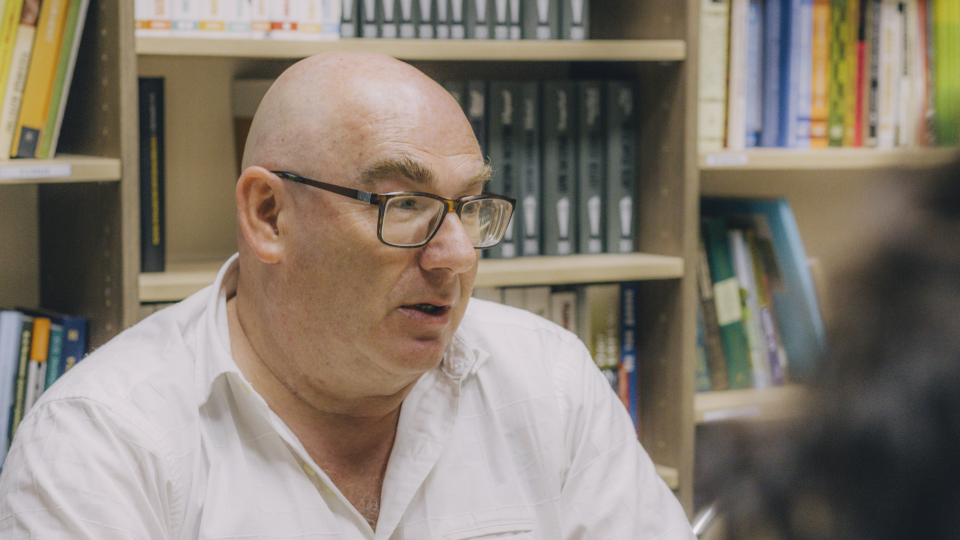 We publish excerpts from the conversation.

Mark Lipovetsky born in Yekaterinburg, graduated from the Faculty of Philology of the Ural State University. He has devoted his dissertation to a Soviet literary tale and a doctoral dissertation to Russian postmodernism. He has lived in the United States since 1995 and has been a professor in the Department of Slavic Studies at Columbia University in New York since 2019.

About war and personal space

Mark Lipovetsky: It is easy to be a retroactive prophet… On the eve of the war, everyone argued – whether or not it would start, whether it was a bluff or not; i told everyone it would start. I watched Russian television from time to time and saw how discourse transformed, how aggressive it was and it didn’t leave any way back. However, I was struck by the start of the war, the terrible events in Bucha, Kharkiv, Mariupol; I couldn’t have imagined anything like that – it’s a shock that has turned my life upside down for me and the many people I know and make friends with. I deal with modern Russian culture, live contact has always been very important to me, the opportunity to come to Russia, meet, talk. There are things you can’t see on the screen.

I belong to a generation that was very important perestroika. It turned things around, changed my life for the better. I remember this atmosphere of hope. And even though I have lived in America since 1995, it seemed to me that I was participating in the cultural process in Russia to the best of my ability. I printed there regularly, I got books.

There is now a feeling that everything that was done thirty years ago has been bombarded; if he is not yet completely dead, he will soon die. Very terrible feeling.

Only a few dozen Russian cultural workers openly support Putin. A certain part repeats the mantra – everything is complicated, everything is ambiguous. Tatiana Tolstaya says: I am a difficult person, why do you make me choose black or white? But when it comes to killing thousands of people, the complexity seems like blatant immorality.

On the other hand, Russia has had an idea of ​​personal space since the middle of the last century. In the first half of the 20th century, personal space was not supported, it was called urban citizenship, and the person trapped in it was considered an antisocial element. Then, from the 1960s onwards, people learned to create a personal space, to protect it as a space of their freedom.

That is why the anti-Wax movement in Russia gained such power – completely absurd, but it was also supported by educated, intelligent people, sometimes even with medical education, because compulsory vaccination was perceived as a state intrusion into the personal space. And here’s the war – if you look at television channels in Russia, not the federal, others, then there is no war. There is cultural and other news.

Personal space is very important for people in culture – I live in my own world, I have created it, the rest does not apply to me.

This seems to me to be a strange effect of liberalization. There is such an incarnation of consciousness, essentially a release from any responsibility.

The American intelligentsia practically supports Ukraine one hundred percent. In addition, there is a camp that believes that everything that is happening is an intermediate war, that is, a war between America and Russia, but Ukraine is a pawn of the great powers. In essence, this is an imperialist view that deprives Ukraine of its independence. I find this a very offensive position. However, Ukraine has proved its ability to defend itself, to make decisions. And if it’s an intermediary war, then why isn’t NATO troops in Ukraine yet? Do not want the escalation of the conflict, so you use Ukraine? I cannot agree with that position.

About interest in Latvia and cultural interaction

Mark Lipovetsky: For the time being, I am only curious about Latvia – I have never been to the Baltic States, but I have dreamed of coming here all my life. And this is my first time here. I was first at a conference in Tartu organized by Professor Morozov on Slavic Studies in Eastern Europe. I came to Daugavpils from Tartu, then I will go to Riga.

Latvia is now very interesting to me – it is becoming the center of the new Russian emigration, especially Riga. There has long been a “Medusa” (“Medusa”) in Latvia, now a Novaya Gazeta. Jevropa ”(“ New Gas. Europe ”); The office of the radio “Freedom” is located in Riga, soon there will be a “Dodge”. I believe that Viktor Kuzmin’s publishing house also plays a big role, in 2014 he moved to Latvia. I hope that Latvia will become an important center of non-conformist, opposition Russian culture.

I think that the new wave of emigration can have a very positive effect – it will show that Russian culture can become part of your country’s cultural landscape.

However, not as a remnant of the Soviet Union, but as a new component in Latvia – a member state of the European Union and Russia’s closest neighbor, which poses a threat to the rest of the world. That is my hope.

The people who are now coming to Latvia have a fairly clear position against the regime in Russia. And they are creative people – they are both creators and consumers of cultural products. I hope that the cultural field will be restructured, I am inclined to be optimistic.

An analogy can be used. If we remember the first emigration, but the current situation is compared with it, then a huge emigration center was Prague – magazines and newspapers appeared there, and Tsvetaeva wrote poems there. Belgrade was also important as a center for Russian emigration. And all this enriched the local cultures and transformed the Russian culture that had come into that context. I hope that new channels of Latvian-Russian cultural interaction will now emerge.

A simple example is Chulpan Hamatov, who now works with Alvi Herman in Riga. She has worked with Herman before, but now it is happening in Latvia, with a translation into Latvian. It all inspires me.

On the decolonization of culture

Mark Lipovetsky: I work with students studying Slavonic studies. The main issue that is now being actively discussed by professors, graduate students, students is the decolonization of Slavic studies.

For various reasons, the departments of Slavic studies at Western universities have taught only Russian material, with a few exceptions. That is the exception of the department at Columbia University where I teach. We have Ukrainians, Polonists and teachers of languages ​​and cultures in the former Yugoslavia. But this is an exception. There is a serious conversation about the Slavic studies becoming Slavic instead of Russian.

Indeed, decolonization is needed so that there is no model of empire again – you know Russian, Russian culture, the rest doesn’t matter what you learn there at all…

This position is outrageous and needs to be changed. Other departments have long since reached this stage. Twenty years ago, the French department began to include in the program the literature of the former colonies in French, and the Spanish department – Latin American literature, which had been on the periphery for a long time. And so on.

About the illegible generation

Mark Lipovetsky: I think reading, however, is a matter of family relationships. My son is 36 years old, he reads a lot and is a teacher. Yes, the current generation reads less, but it is ahead of us by a hundred points in the processing of information and the ways in which it is obtained. They write a lot – how many letters did we write in adolescence? But they have a blister on their finger. Turning to the Internet is a different structure of communication.

I was shocked by this fact. According to public opinion polls, attitudes towards war in Russia can be clearly distinguished by generations. Seventy percent of young people are against, thirty percent are in favor; for the older generation, unfortunately, the opposite is true. One explanation is that young people have grown up with the Internet, and the Internet teaches them to critically process information and get what is blocked. Young people do not need a television at all, they know how to work in the field of information much better than their parents, and they have more developed critical thinking. I believe so.

Perhaps the forms of literature to which we are accustomed have become archaic.

People once read epic poems; Homer was part of his school education, then at one point he was no longer part of that education, and everyone started reading novels. In the late 18th and early 19th centuries, the novel is the Internet: how can you not read novels ?! But then this era also ends, at the beginning of the 20th century there is a simple madness in poetry, but Tolstoy no longer wants to read.

Culture is changing, what to do… It will be observed, we cannot influence it. We are going through a transformation of cultural languages, and I do not know what everything will look like ten years from now. Education needs to change accordingly.

PS Mark Lipoveck’s visit to Daugavpils became possible thanks to Sergei Simonov, the head of the project “Learn Russian in the European Union”. This project has been successfully implemented in Daugavpils for many years, with dozens of students from the United States and Europe coming to the local university.

The lecture was very interesting. And you know – Alexei Balabanov’s cult film “Brother 2”, which came out on screen 22 years ago and is still loved by many, is an epigraph of raffia. You can read more about the different sources of racism in culture here (Russian language). 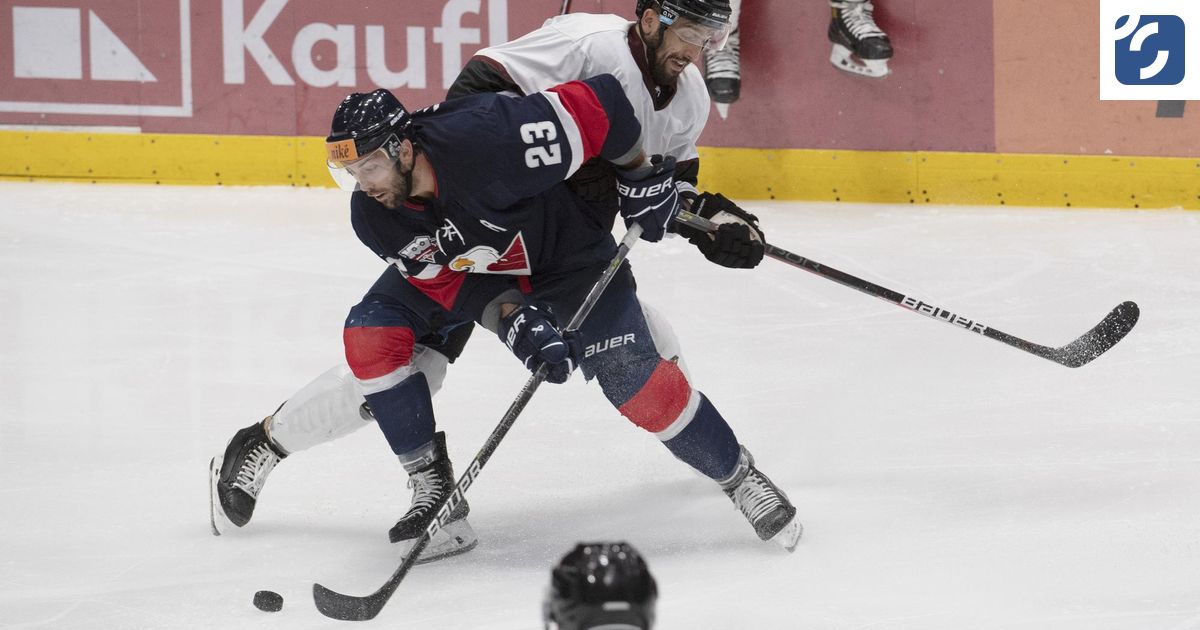 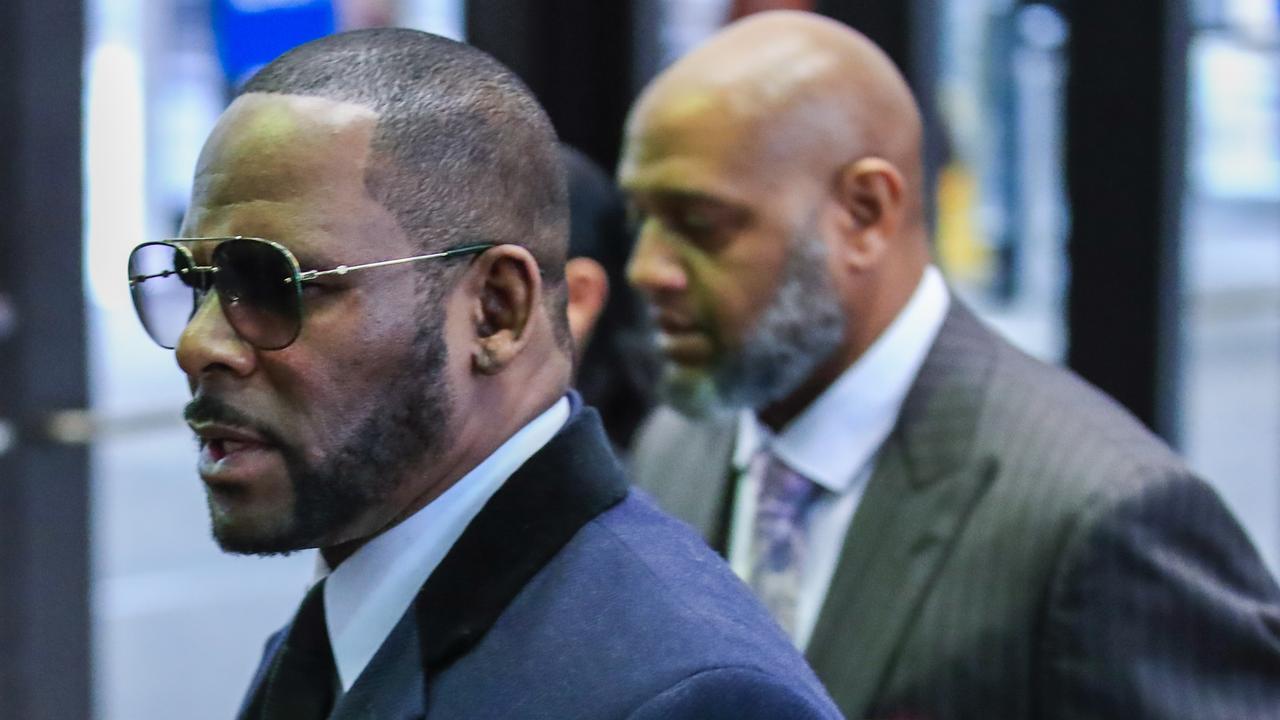 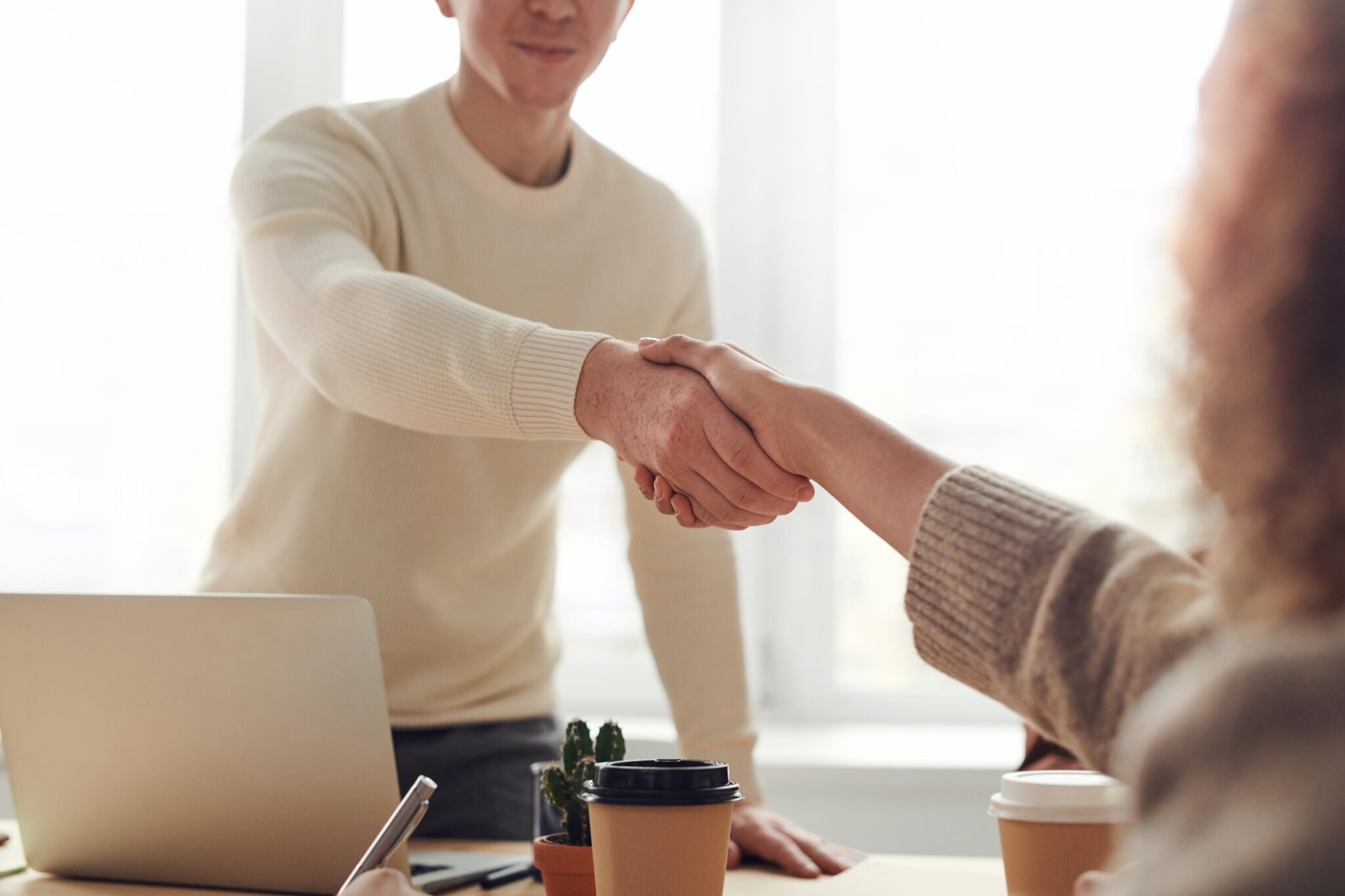 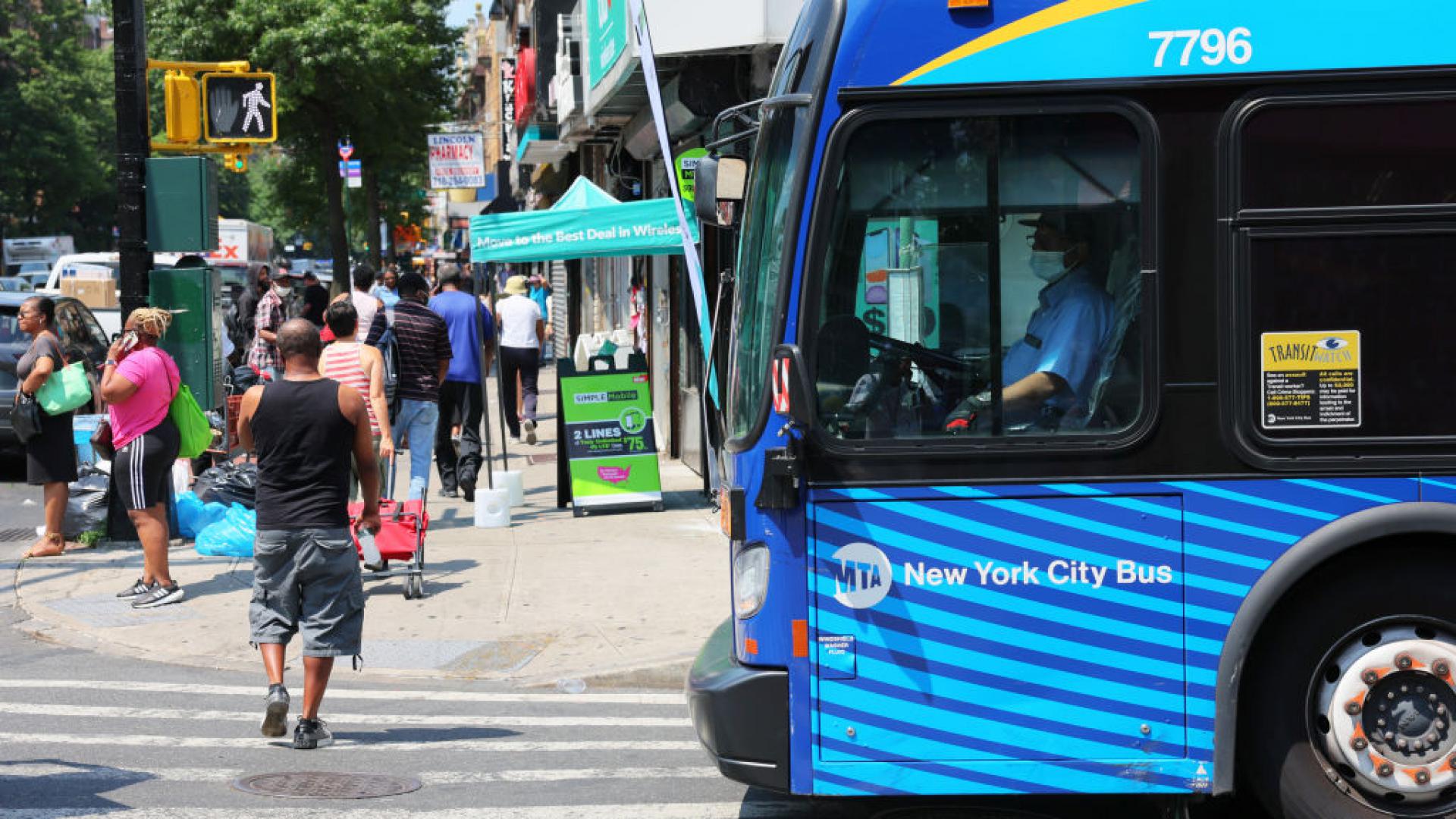 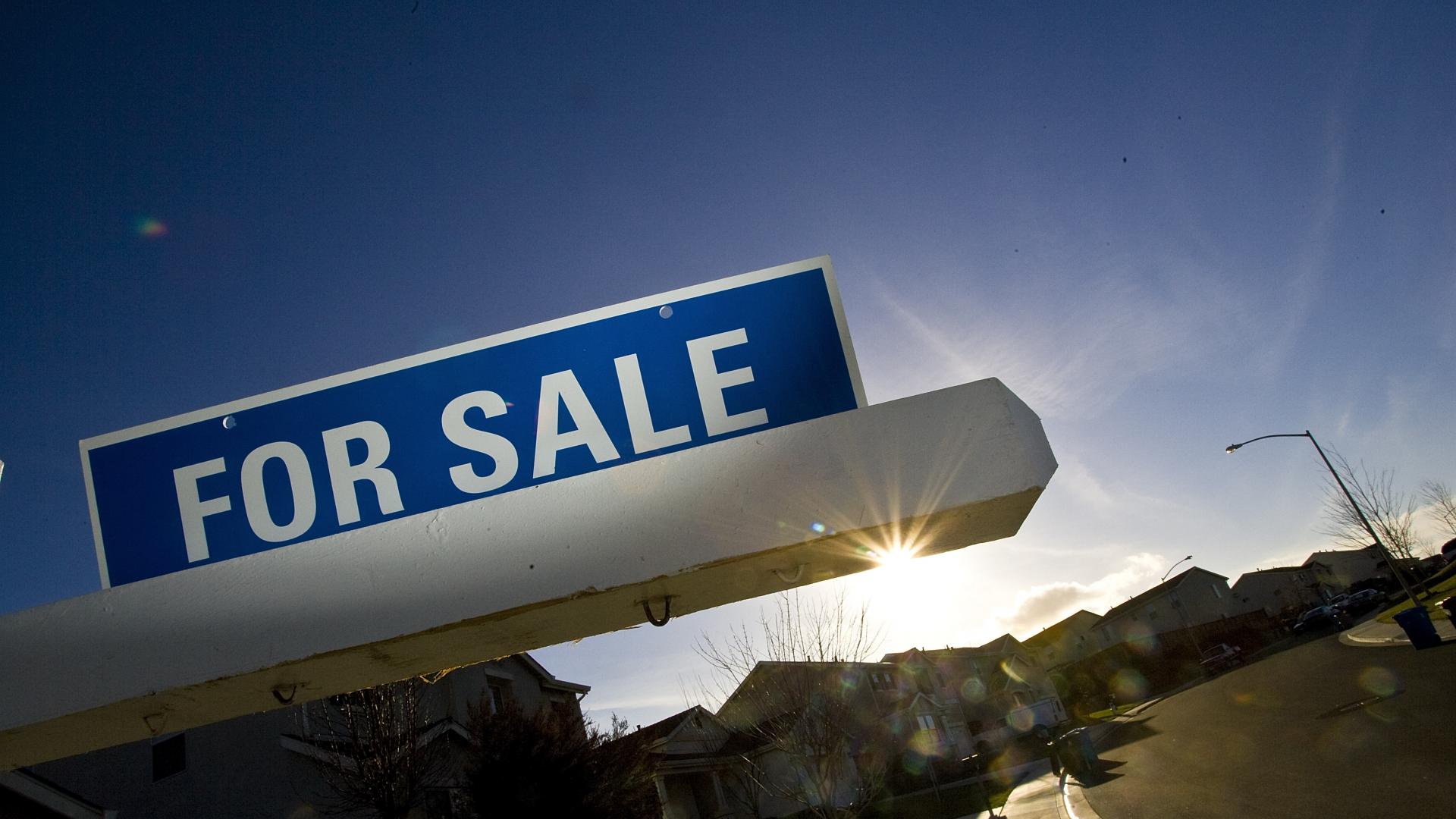 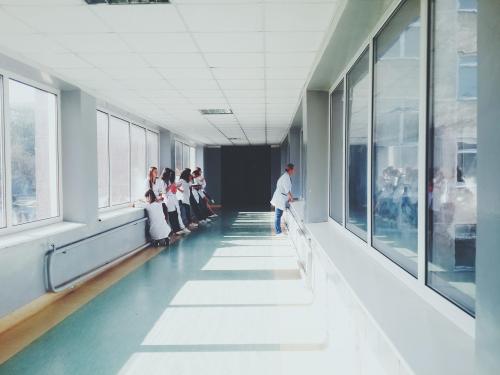 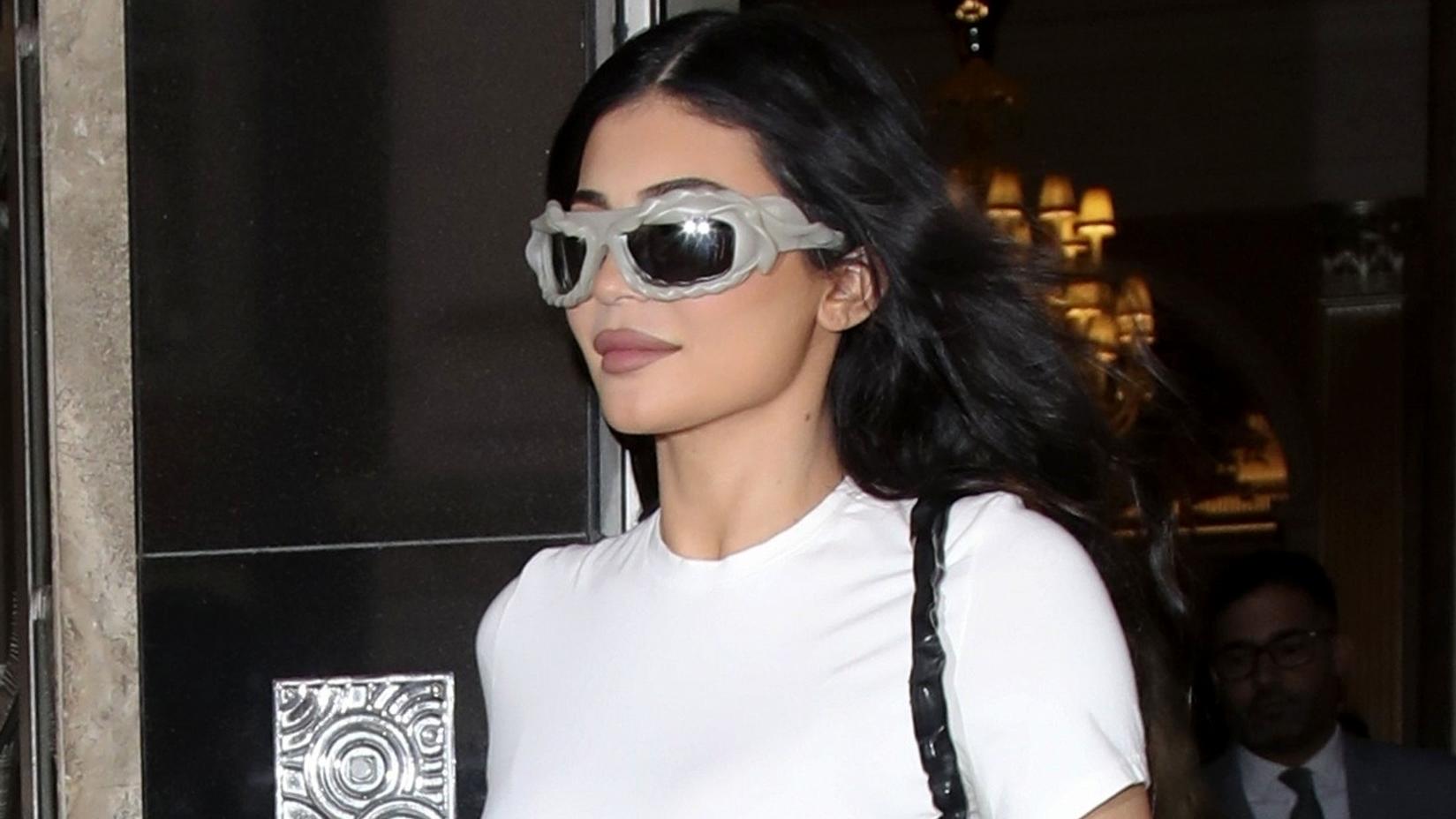 Erling Haaland at the heart of the 3-way footwear sponsorship offer in between Nike, Adidas and Puma – both of those have been putting on them in recent weeks