why the pangolin could be at the origin of the virus?

CORONAVIRUSES. Friday, February 7, Chinese scientists believe they have finally found the origin of the coronavirus. It is said to have been transmitted to humans by the pangolin, a small mammal with scales highly coveted by poachers.

21:15 – No positive case of coronavirus among French expatriates

For the moment, no positive case of coronavirus has been identified among French expatriates in quarantine in Carry-le-Rouet (Bouches-du-Rhône), as announced by the Regional Health Agency on Friday February 7. In addition, the balance sheet in France remains stable with still six people affected by the virus. Five of them are in stable condition and the sixth in intensive care.

As of Friday, February 7, the vaccine that would be effective in protecting humans from the coronavirus is still not ready. Researchers continue to work on the product that is expected to slow the development of the epidemic. A virus that has already killed more than 600 people in China.

38 other French will be repatriated from Wuhan Sunday, February 9. Since the end of January, no less than 300 people from China had already been placed in quarantine. Two sites were chosen by the government: one in a holiday center in Carry-le-Rouet and the other in the national higher school of fire officers (Ensosps) in Aix-en-Provence.

20:18 – Some French patients will leave the hospital “in the coming days”

Agnes Buzyn, Minister of Health, revealed on Friday January 7 that some of the six patients hospitalized in France will be discharged from the hospital “in the coming days”. According to the latest news, the health of five of them was stable while the sixth patient was still in intensive care.

20:17 – In France, reinforced surveillance for people returning from China

The Minister of Health Agnès Buzyn announced Friday, January 7 that France had decided to strengthen the surveillance measures concerning people returning from China. The patient balance in France is still stable. Six people are hospitalized.

Mike Pompeo, the American secretary of state, announced in a statement that the United States was ready Friday February 7 to release 100 million dollars to help China and other countries. “This promise – with the hundreds of millions of dollars generously donated by the American private sector – shows the strong American presence in the response to this epidemic,” he said of the possible initiative.

In Europe, a new case of coronavirus has been identified, as revealed by Emanuele Nicastri, director of infectious diseases at Spallanzani hospital (Rome). The patient is said to be a 34-year-old man, repatriated from Wuhan, the cradle of the epidemic. “He was transferred to our institute at the Cecchignola military hospital, after having tested positive for the new coronavirus. The result was confirmed by the virology laboratory of our institute and subsequently by the Higher Institute of Health, according to current procedures, “he said. The patient’s health would be “good”.

The coronavirus epidemic has not prevented more than 6,000 couples from saying yes in South Korea, during a collective marriage organized by the Unification Church, reports 20 Minutes. Masks were distributed to the 30,000 participants, some choosing not to wear them.

17:54 – For fear of the coronavirus, they get married by videoconference

The story is unusual. Joseph Yew and Kang Ting, a couple residing in Singapore, got married … by videoconference. Indeed, after a trip to China, they preferred to celebrate their union from a distance so as not to worry their guests with a risk of coronavirus. The couple, from their room, therefore exchanged with the guests, gathered in the reception room.

17:29 – Luxury houses are trying to put a price on the cost of the epidemic

Many sectors of the economy are affected by the coronavirus. Ouest-France currently reports that large luxury houses are trying to put a figure on the cost of the coronavirus epidemic in China. Many shops and shopping centers had to close for security reasons, “downgrading their financial prospects”. A sum that will necessarily be significant since Chinese buyers represent more than a third of spending on luxury goods worldwide.

17:03 – A climate of mistrust vis-à-vis the Chinese authorities

In 2003, during the SARS epidemic, also caused by a coronavirus, Beijing’s behavior was controversial. Indeed, the authorities had tried to hide the reality by hiding the sick. 17 years later, when the 2019-nCoV coronavirus is raging in China and abroad, the atmosphere is at mistrust vis-à-vis the Chinese government. Le Figaro reports that President Xi Jinping has called for increased censorship. Nevertheless, the WHO hailed “the response and the transparency of the country in its treatment of the epidemic” current. However, Liberation specifies that the official count of the victims is not beyond reproach, “far from it”. Many people with similar symptoms have not been tested, and therefore have not joined official statistics.

16:37 – The “real” figures of the coronavirus revealed by mistake?

Since February 1, unverifiable screenshots have been circulating on the Internet, showing a counter of virus victims in China. The Liberation CheckNews service took an interest in the images, answering the following question: did the Chinese company Tencent accidentally reveal the “real” figures of the coronavirus? Indeed, the counter was published on Tencent News, the news site of the Chinese digital giant Tencent, and shows the number of contaminations, deaths, suspicions and cures, almost in real time. According to Internet users, the counter would have displayed figures at least twice almost 100 times (nearly 25,000 dead). Voluntary data leak organized by whistleblowers, or simple computer bug? Contacted by CheckNews, Tencent said the images were fake.

A traveler, of Chinese descent and showing symptoms of the flu, was hospitalized. While waiting to find out if she is carrying the coronavirus, terminal 3 at Copenhagen airport, through which she arrived, was closed and disinfected. The rest of the airport is safe, and remains open to the public.

176 Canadians were flown back from Wuhan, the epicenter of the coronavirus epidemic, and landed this Friday morning at the military base in Trenton, Ontario. 20 Minutes reports that passengers will be quarantined. A second plane landed at dawn in Vancouver with dozens of Canadians on board. The latter will also join the base of Trenton during the day, where they will remain for 14 days (the incubation period of the coronavirus). If one of the passengers shows signs of contamination, he will be hospitalized.

The news of the coronavirus is marked in recent hours by the death of Li Wenliang. This man was a 34-year-old ophthalmic doctor and he is now one of the victims of the coronavirus, but his death made the headlines because he was one of the first to launch the alert in late December on the dangers the forthcoming epidemic of viral pneumonia. At the time, the Chinese authorities even reprimanded him for this, accusing him of “spreading rumors online” and “seriously disrupting social order”. Li Wenliang was then forced to sign a declaration in which he unwittingly admitted a “crime”.

But little by little, in front of the growing number of dead and contaminated with coronavirus, the Chinese authorities carried out a back co-pedaling in due form, making the young ophthalmologist go from threat to hero. Falling ill in mid-January while treating a patient, he announced that he had coronavirus on February 1. And even if he is not part of the typical profile of people succumbing to the coronavirus, who are essentially already fragile and / or elderly, Li Wenliang died this Thursday, February 6 in the evening, causing anger and emotion in China.

The virus was born in Wuhan, China, in a market, and was transmitted to humans by an animal. Currently, the preferred track of the origin of the coronavirus is that of the bats sold on this market. This hypothesis is based on a genetic comparison of the complete DNA of the 2019-nCoV virus: it is 96% identical to a viral strain of bats, which had already been the source of the Sars coronavirus. in 2002. But other avenues, such as that suspecting transmission from snakes, are being considered.

Symptoms of 2019-nCoV coronavirus are similar to those of influenza or pneumonia. Patients have fever, severe respiratory problems and cough.

The human-to-human transmission of coronavirus 2019-nCoV is now proven. The airway seems to be privileged in the transmission of the virus, via the droplets of saliva propelled in case of cough mainly. Contact with “surfaces freshly contaminated with these secretions” can also lead to infection. The coronavirus survives very poorly outside a short-term host, in the air or on objects.

Jean-Christophe Lucet, head of the bacteriological service of Bichat hospital, believes that “wearing a mask in town, it has absolutely no interest today”, adding: “The risk of meeting a patient carrying the coronavirus is very low.” Masks are useful when worn by a sick person to avoid infecting other people. For more information, see our article on masks.

There is currently no specific drug for the coronavirus and the treatment remains symptomatic. Beware of false information and rumors circulating on the internet, that cocaine or the consumption of hot whiskey and honey could be treatments against coronavirus. Thai teams have announced that they have treated patients with a cocktail combining Arbidol, a drug used in China and Russia to treat the flu, combined with the drug Darunavir, used to treat patients with AIDS. However, these results need to be verified by other studies.

China, Australia, and the French teams of the Institut Pasteur have managed to isolate and culture strains of the 2019-nCov coronavirus. Now, researchers at the Institut Pasteur can begin to test “known antiviral molecules” then “propose a vaccine candidate” and hope to develop a vaccine by the end of summer 2021.

According to Chinese statistics, in Hubei, at the heart of the epidemic, the death rate is 3.1%, but elsewhere it is only 0.16%. These results are however provisional and are likely to change depending on the spread of the epidemic, and the mortality rate which is still difficult to estimate due to the novelty of the virus. Comparisons with other epidemics must also be very careful.

No study yet has proven that dogs and cats can be infected with the coronavirus, according to the WHO. Questioned by LCI, the infectious researcher Olivier Terrier, from the CNRS declares that “the risk on French soil, and more generally in Europe, is almost zero. For there to be contamination via an animal source, it would already be necessary that the animals are carriers of the coronavirus “. “The risk is close to zero,” he said, adding that the inter-species genetic barrier is difficult to cross for a virus and protects our pets.

Is it possible to challenge localized containment? Ouest-France answers you

North Korea’s “Do not cross the border” again

Beware of these items that are bad for your health

Photo: Jurģis for the 27th Infantry Battalion of the National Guard

Hurricane Zeta is heading to the Mexican Caribbean coast / Day 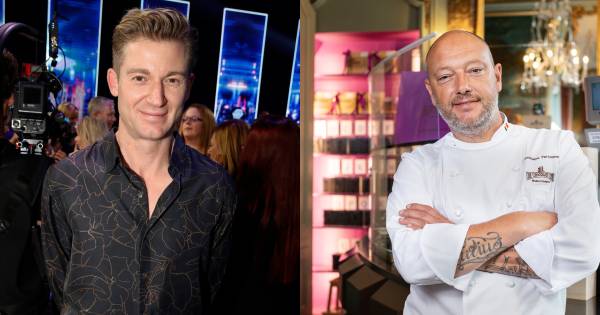 Companies: Aeroméxico seeks to readjust its size after coronavirus hit