Why and how Apple is losing business users in Europe 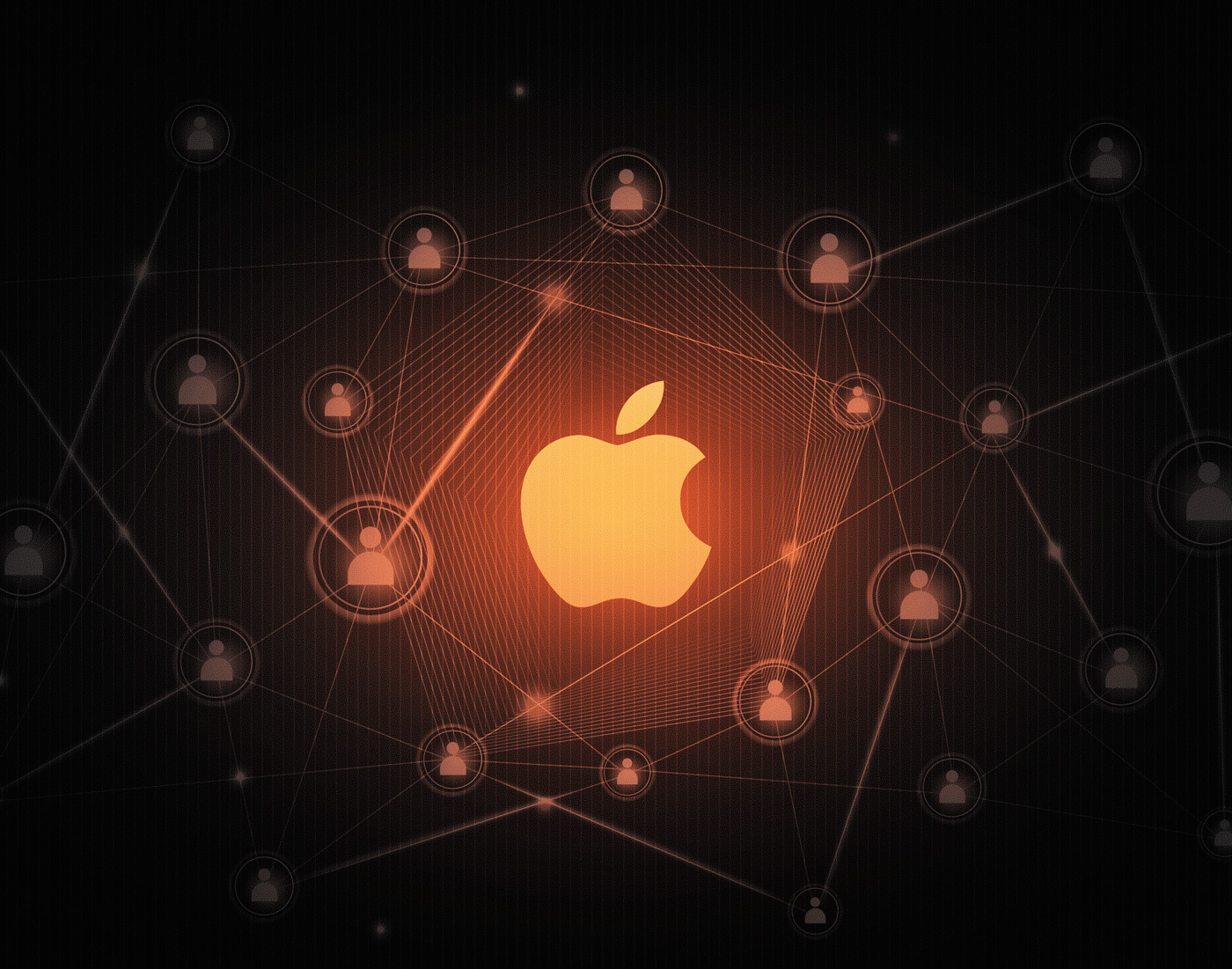 One segment where Apple’s sales have historically been strong has been the corporate segment. The time spent with the release of the iPhone 14 has become a fact for the European market, the price of the devices has increased dramatically, as has the cost of their ownership. The microcosm of the European corporate market perfectly reflects the crisis that is developing before our eyes and is pushing Europe into recession. Europe’s main slogan is to save in everything and everything, to save at any cost. The reason is the cost of energy, it is growing before our eyes, even if it does not affect large companies to a certain extent, they sit on long contracts that compensate for price fluctuations. The next stage of price changes for many companies is the beginning of 2023. Literally everything depends on the cost of energy, the prices of any commodity, heating, communications and so on. The cost of 5G itself is becoming unbearable for operators, prices will rise before our eyes. In a separate article, he showed how the cost of maintaining 5G in Europe is changing, the numbers speak for themselves.

In the context of the crisis, the corporate segment is not considered, when companies buy smartphones or computers for their employees, they pay for communication services, even if this segment has always been very interesting, with a high average bill. In Europe, the relationship between B2C and B2B in the telecommunications market remains at the same level: the size of the market is around 250 billion euros per year and the share of B2B is around 35%. This money includes not only the office internet, business systems, M2M, but also the cell phone bills for their employees, although the share of those expenses is relatively low in the overall pie. Separately, you can count the money that goes to the purchase of the equipment itself.

In Russia, the volume of purchases by corporate customers was abnormally high for Europe, the share of sales was about 15% of the total, of which about 30% were Apple’s smartphones. That is, in Russia, with a market volume of 32.5 million units last year, the corporate segment accounted for 4.8 million smartphones, of which 1.44 million for iPhones. At the same time, if on the open market the average cost of the iPhone was about 55 thousand rubles, then in the business segment it amounted to 94 thousand rubles. This shows the importance of the segment to the company, there is a high average bill. The explanation lies in the fact that the top management of many companies buy the devices they want to use. Using corporate resources for conditionally personal purposes is a universal human flaw, and since the iPhone has long been a demonstration of some status, it all converges here.

The sharp decline in iPhone sales in Russia in March and April is directly related to corporate consumers, who have stopped spending the company money on purchases. Nothing like this has happened in Europe yet, since the 2022 budgets were approved, more or less, money has been earmarked for them. But what will happen in 2023?

The average company in Europe will face rising costs for telecommunication services:

The need for additional payments to employees, including taking into account the setting of salaries. All costs are rising, which means that cost-saving programs come into play, in particular, staff are reduced, bonuses are frozen, and so on. The situation of IT layoffs is clearly visible in Silicon Valley, world leaders are shrinking, in Europe the situation is even worse.

What will companies do in the face of forced layoffs? They will start saving on everything, including the purchase of equipment for the company. And here we are faced with different scenarios.

In one case, the purchase of the iPhone was not tied to any information system, they were bought as fashionable devices. Giving up the iPhone will be painless, this scenario is typical for most companies. It is worse for those who have created their IT systems exclusively for the iPhone as a terminal device, there are few such companies, but they exist.

In the context of the crisis, when there are layoffs, when there are no funds to raise salaries and only individual compensation is brought out, it is impossible to buy the most expensive smartphones on the planet. As part of the economy, there is simply no demand for them. This is well demonstrated by the new generation of iPhone 14: in Europe, corporate customer orders are at their lowest level in the last decade. The reason is that the operators have raised the price in proportion to what is set by Apple (they are sold under contract, that is, you do not have to pay the full price immediately, but the price has grown anyway). But the presence of the budget has displaced the demand for older models, that is, there is now an increase in the consumption of older iPhones. You don’t have to be a handyman to guess what will happen to the 2023 budget. It will disappear or be greatly reduced.

Many companies are starting to migrate their systems to Android where it is impossible to refuse purchases. The reason is the need to save, the ability to buy cheap smartphones with decent features, no worse than the basic iPhone, at half the cost. Considering that the corporate consumer often cannot influence purchases, people will be happy with any device, there is no lock here. Yes, and top management will lead by example in savings, in how and what they use.

This situation is perfectly illustrated by the example of my friend, he is a top manager at the center of a German company, he uses the iPhone X, which was bought by his own company (note that he is not the owner of this business) . When buying smartphones, it took a long time to figure out what is more profitable: to take it in installments from operators with services or to buy separately and buy additional services. It turned out that it is more interesting to buy smartphones separately at full price, as long as they are used to the bitter end. Savings over the years have turned out to be cosmic, but here we have an example of how people initially knew how to count and were looking for profit. Many companies and people don’t know how to count, but a period of saving on everything will force them to learn how to do it.

The most recent results for the European market are for the second quarter, the decline in sales is evident, but there is no B2B segment in it, its influence is leveled by long budgets.

The third quarter will obviously be at least the same in the optimistic scenario, in the real one it will most likely continue to decline, despite the best efforts of companies. Economy is becoming the main word for many countries and companies, Europe is at the forefront of progress here.

And here we come to the adaptation of the BYOD strategy (bring your own device), when companies offer to buy a device on their own, but at best they pay the communication costs. As an intermediate scheme, companies are willing to pay part of the cost of the device, usually around $ 300. Well-fed times are over, there is no way to buy devices of the same volume.

In the quarter, Apple’s sales in the European B2B market totaled nearly one million devices. In 2023 we will see a decline of at least 30% in the corporate segment, the reason being the high cost of the iPhone, both in Europe and in the USA. For the cost of an iPhone 14, you can buy two similar Android smartphones.

Another negative factor is the cost of ownership, such as purchasing applications. Apple changed the app’s minimum price for Europe from 99 cents to 1.19 euros. It seems that for corporate customers this plays no role, in the end, the user himself will buy the applications. Indeed, this is an indicator of the cost of developing information systems; various developers will be guided by a 20% price increase. And in terms of euros, this cost will increase. Yes, this is a long-term trend that will reduce the attractiveness of the platform.

It is a mistake to see the situation as static where Apple will not take any action. For large corporate customers, the company will offer its own installment options, payment for communication services, reduced costs (which the company almost never did, unlike Samsung). Locking such devices to a specific company will help prevent them from appearing on the open market and this is also a way to keep your share. Therefore, I say above that the drop will be around 30%, but not 50-60%, as it could be.

From country to country, the decline in the share of purchases by the corporate sector will be different, but the impact of this factor will become very evident in the second half of 2023, the first half of the year will only be a preparation for full skipped problems. Manufacturers, especially Apple, will assume that companies will be able to raise funds in the second half of the year. When they are convinced that this is not happening, they will launch some sort of B2B sales promotion program. But the situation is such that the corporate segment in the coming years will save on matches, it is not the best time to buy expensive equipment, and therefore Apple loses more than other companies.