Home News Who is the man who persecutes the former head of the Venezuelan...
News

Who is the man who persecutes the former head of the Venezuelan spies and appears next to him on the list of US sanctions? 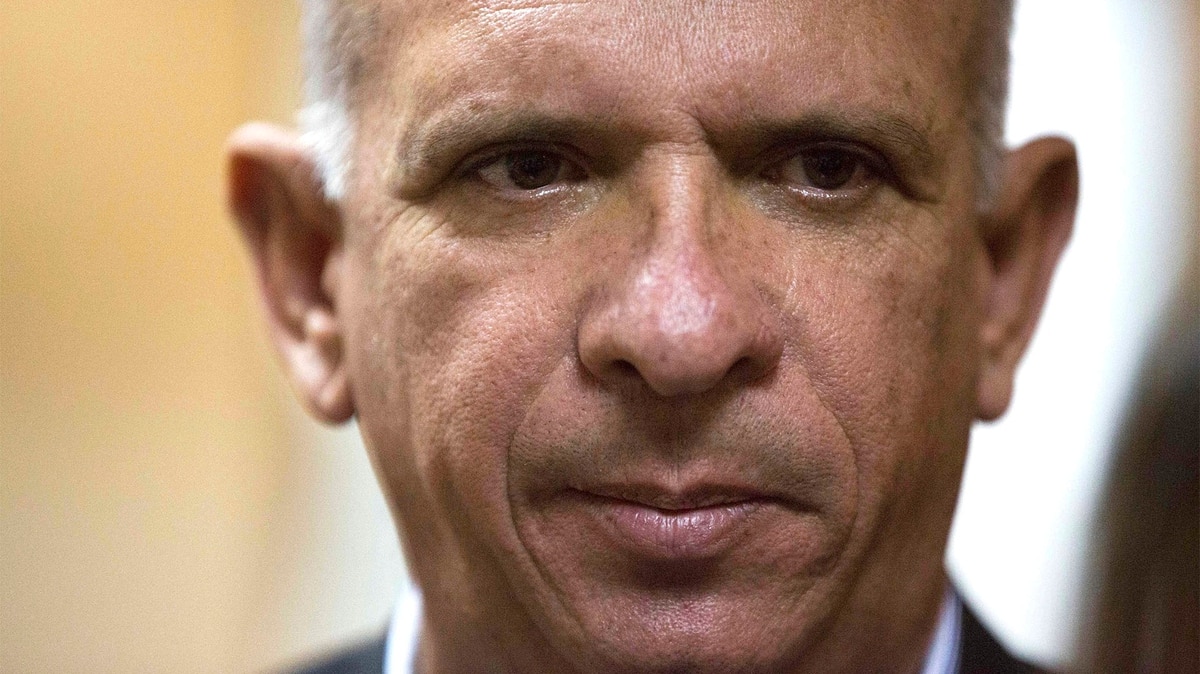 Today General Carvajal is hidden, after fleeing from the hands of Spanish justice and escaping from the Americans who requested his extradition. And who pursues it is Martín Olivares. And not only him.

A few days ago Vilma Carvajal, sister of “El Pollo”, was arrested, when he was in his home located in Viento Fresco, Monagas state. “Behind that operation was Pedro Luis Martín”, He confesses to Infobae A source that requested absolute reservation.

The reason would be that Tareck El Aissami and Martín Olivares detected that “El Pollo” Carvajal sent information about them to sources of the Government of Donald Trump, through British intelligence agencies.

He said the former director of Intelligence of the Disip “he remains in the shadows, low profile, but he is a man of great power in the Special Action Forces (FAES). Pedro Luis sought to destroy ‘El Pollo’. After they fought hard, he sought to exclude him from everything related to security and it was he who forced him to leave Venezuela with his family, but he is still behind him and now he set up the operation against General Carvajal’s sister. ”

Martín Olivares, who lives in the presidential suite of the Eurobuilding hotel in Caracas, who will turn 53 on April 18, is in charge of an important part of the security of the president of the Constituent Assembly, Diosdado Cabello Rondón, of the evil called protector of Táchira , the policeman Freddy Bernal, and other characters of the Bolivarian Revolution.

The relationship between Pedro Luis Martín Olivares and Hugo Armando Carvajal Barrios remained for many years, even the former Disip was considered an unconditional subordinate of the general.

After he left the Directorate of Military Intelligence, the senior officer continued to maintain part of his intelligence network throughout the country, always accompanied by his faithful friend. They took part in some offices at the Lido hotel in Caracas and from there they carried out several important works, including the protection of Simon Alvarez, a powerful man from the Falcon state, who would have finally committed suicide at the Carvajal estate in the Valles del Tuy of Caracas.

In August 2018, the US State Department sanctions Pedro Luis Martín Olivares, including it in the list of the Office of Control of Foreign Assets (OFAC), after several events that start in 2015 when an accusation against him on drug charges appears in a US court, while the powerful The country points out that it facilitates drug trafficking through Venezuelan airspace.

The paradox is that for the Martín Olivares Treasury Department would have worked closely with several Venezuelan officials, among them Carvajal Barrios, to launder drug money.

Without a doubt that Pedro Luis Martín knows how to move in power and therefore the president of the Supreme Court of Justice of Venezuela, Maikel Moreno, absolve him in two papers, of any fault.

That was after Martín Olivares, on August 26, 2015, presented himself to the Interpol office in Caracas, asking to see if there was a red alert against him. The answer they gave him is that he had, since July 18, 2015, the Red Alert Nr. A-5814 / 7–2015 and that he also had a criminal case in federal courts of the state of Florida.

Interpol stops him and puts him at the order of the courts, being sent to the Court 19 of First Instance in Control Functions of Caracas. The case goes to the Supreme Court and Maikel Moreno is in charge of the presentation he presents on October 2, 2015, saying that in order to extradite Pedro Luis Martín, it was necessary for the United States to submit the order of prosecution of the American judge, indicating precisely what was imputed to him And the evidence.

It was more than logical that the US authorities refused the request, so Maikel Moreno issued a new presentation, on January 21, 2016, which led the TSJ to sentence that the measure of personal coercion against Martín Olivares cease and be excluded from the records of requested persons and any other that would involve extradition.

The only thing now shared by General Carvajal Barrios and Pedro Luis Martín, in addition to the personal hatred between them, is that both appear in the OFAC list, indicated by relations with drug trafficking.

In Volkmarsen (Hessen) near Kassel, a driver has deliberately rushed into the crowd. Now the number of victims has risen again. That is...
Read more
News

Billionaire Warren Buffett nevertheless gave up and switched to iPhone 11. Prior to that, he walked with the old Samsung clamshell – Meduza

Billionaire Warren Buffett nevertheless gave up and switched to iPhone 11. Prior to that, he walked with the old Samsung Meduza folding bedWarren Buffett...
Read more

Respirators are sold out...
Read more

Breathing in New Delhi is dangerous because of the tuxedo (November 2019) 2:20 (CNN) - India, once again, topped an annual list of cities with...
Read more

What to do in the event of a pandemic «kleinezeitung.at

The likelihood of large-scale transmission of the coronavirus in the EU is estimated to be low. Nevertheless, it doesn't hurt...
Read more
Load more