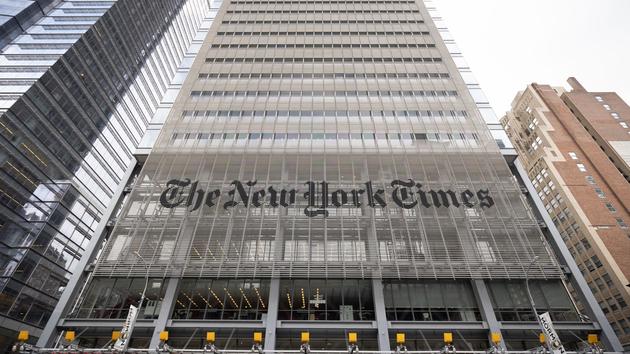 FIGAROVOX / TRIBUNE – While the UNEF represents less than 2% of the student electorate, the New York Times published an article about the union titled “L’Unf at the forefront of French changes”. According to Sami Biasoni, this is a process that aims to impose in French society the multiculturalist ideology that thrives on the other side of the Atlantic.

Sami Biasoni is a doctoral student in philosophy at the École normale supérieure, member of the Observatory of decolonialism and identity ideologies, co-author (with A.-S. Nogaret) of the essay “Français despite them”.

The Senate recently adopted a so-called “Unef” amendment aimed at allowing the dissolution of associations which would prohibit “To a person or a group of persons by reason of their color, their origin or their belonging or not belonging to an ethnic group, a nation, a race or a religion determined to take part in a meeting”, in other words who would organize “single-sex” events to use the technical euphemism usually used by their promoters. This political initiative – which has been able to find many support from parliamentarians of all stripes – is part of the bill on “separatism” and aims to reaffirm the principle of universality on the basis of which our establishment is based. republican social contract. It comes after the wave of indignation sparked by Audrey Pulvar’s ambiguous position, to say the least, conceding that those who would be considered undesirable on these occasions, on the sole basis of their skin color, could perhaps attend on condition that they are silent. It also echoes the previous positions taken by Minister of National Education Jean-Michel Blanquer, for whom “People who claim to be progressives and who, claiming to be progressives, distinguish people based on the color of their skin, lead us to things that resemble fascism.”

Read also :“Single-sex” meetings, a practice that is becoming commonplace

We remember that on July 14, with his keen sense of timeliness, the New York Times published an article celebrating the “racial awakening in France”, delivering on this occasion a vibrant panegyric of emerging hexagonal media figures of the racialist cause, and denouncing a voluntary blindness vis-à-vis the complexion which our country can still boast. Three months later, the same newspaper did not fail to headline which the police had “Shot a man” in the street while the controversy over “police violence” raged, before realizing that it was the terrorist guilty of the monstrous assassination of Samuel Paty. Today is at Unef to receive the honors of the columns of the American progressive daily, to find “At the forefront of French changes”.

Read Also:  Sochi was swollen from kilometers of queues from tourists

It suffices to analyze the way in which the New York Times treats the protagonists of its subject to grasp the stakes of the racialist aporia: all are reduced to their visible or claimed identities, which of skin color, who of origin, who of sexuality.

If it is true that the article does not fail to mention some of the small upheavals of the public activity of the union, it is with all the circumspection of a journalism anxious to spare its subsequent laudatory commitment, and of a writing blanche that Roland Barthes himself could have cited as an example. In a few months, however, it must be remembered that the UNEF took part in the blocking operations which led to the cancellation of Suppliantes at the Sorbonne or that after having long claimed his feminist and secular heritage, he now advocates the veil as a symbol of political liberation and willingly joins certain religious unions during university elections. It should also be remembered that some of those in charge did not hesitate to qualify the compassionate reactions of the nation to the fire which ravaged Notre-Dame de Paris as “Delirium of little white people”, wherever such a local has gone so far as to deliver the names of two professors suspected of “Islamophobia” on the walls of their university. In either case, of course, the national union ended up dissociating itself, but the general disapproval – including in its own ranks – had to force it to do so.

The “changes” in question are not French, and the mistrust of a large part of public opinion is not a manifestation of fear in the face of progress; it is even less the sign of a retrograde conservatism in the face of a history in the making. Contrary to what Mélanie Luce, president of the UNEF affirms, France has not “Afraid because[ils] represent the future ”: the latter is indeed not given, and it is up to the national community to decide sovereignly, peacefully and democratically. The issue of discrimination is another thing too serious to provide stereotypical and divisive responses which have only fueled hatred across the Atlantic. The fact that discrimination remains within the social body is not enough to invalidate the humanist project of the nation that hosts it; on the contrary, this project should be reinforced and supported on all sides. It suffices to analyze the way in which the New York Times deals with the protagonists of his subject to grasp the stakes of the racialist aporia: all are reduced to their identities visible or claimed, which of skin color, which of origin, which of sexuality. As a corollary, everyone should behave in accordance with their identity assignment: this is how it is understood that Bruno Julliard, although “the first president of the Unef openly homosexual” considers personally embarrassing “Single-sex reunions and the blocking of Aeschylus’ play”, but that it expresses there only the point of view of a person not concerned since not resulting from immigration. Such is in fact the systematic functioning of the decolonialist and racialist ideological matrix which the Anglo-Saxon world has so much difficulty in shedding but which today would like to irrigate the whole of Western civilization.

Since the attacks of September 11, 2001, American democracy has targeted “minorities” in order to secure the support of “hearts and minds”.

The strategy of soft power deployed on a large scale by the United States since the end of World War II no longer serves only to establish the domination of the capitalist model, it aims to export the disorder of a fundamentally conflicting identity-based multiculturalism, to the detriment of the model which is admittedly demanding but infinitely more just of a universalism open to the difference of the other and to the indifference of each. To do this, since the attacks of September 11, 2001, American democracy has targeted “minorities”, with a view to securing the support of “hearts and minds”. The concerted reaction of eminent militant figures of racialist thought across the Atlantic (including Angela Davis, Homi Bhabha or even Gayatri Chakravorty Spivak) published by L’Obs in opposition to the government’s mistrust of certain academic excesses attests to the territorial extension of the field of political struggles which were formerly essentially national.

Beaud and Noiriel recently recalled the evidence that social belonging remains “The determining factor around which the other dimensions of people’s identity are aligned”. However, like the American Democratic Party, like a portion of the historic left of our country, the UNEF has abandoned social struggles aimed at fairness of destinies in favor of a focus on issues of visible discrimination, abandoning the pathological for the symptomatic. And in the matter, the soft power Formerly American seems to have radically given way to a cultural and political interventionism which is hardly hidden any more.