What do we need fossil fuels for? To save forests, says geologist Cílek

Is the Czech Republic ready for energy transformation? Will we have to import electricity after 2025? Is the transformation of the current district heating industry possible with the support of the Green Agreement for Europe? Experts talked about new energy sources, the form of a system with coal depletion and a new model of energy infrastructure.

The Coal Commission recommends an end to the use of coal for electricity and heat production by 2038. The conference also addressed life without coal and the transition to green energy. However, according to some experts, we still need fossil fuels. The question, therefore, is whether the transformation of the heating industry will pay off and whether there will be enough fuel for energy production.

The answers to fundamental questions about the future of domestic energy were answered by experts at a conference, which followed on from the previous volume, The Search for the Czech Way II – The Future of Czech Energy. It is organized by the non-profit organization Equilibrium. Its broadcast was offered by SZ Business.

“Currently, the green fate of Brussels is hanging over us. We have Fit for 55 and an emission-free Europe here by 2050, digitization, electromobility and other things that will cost a lot of energy and energy supply are being promoted, “started Vladimír Mařík from CIIRC CTU and the Equilibrium Institute. However, according to him, we still have rough estimates about investments.

As he said, it is important for energy to set goals that are feasible in the Czech environment. “Small steps cannot be taken without long-term goals. It is important to set up a long-term concept. We have to think completely differently, “says Mařík.

Energy is key to industry, which is the backbone of our economy. “Let’s take it as a challenge, but on the other hand, let’s push for energy companies to develop a concept,” Mařík appealed.

Electricity prices are going up

Jiří Matoušek from Centropol also reminded of the current situation on the domestic energy market, when last week the energy suppliers Bohemia Energy and Kolibřík Energie ended their activities.

“From 2018, the price of electricity began to fall slightly. This in part created room for speculation about its further reduction. In November 2020, the market reacted and prices began to go up. Instead of suppliers closing their open positions, they postponed purchases, “explains Matoušek.

Spot market prices rose rapidly. “Suppliers were no longer able to finance it,” he added. However, experts warned about rising prices three years ago.

Bohemia Energy customers must purchase energy from a replacement retailer. “The supplier of last resort works well here, communication is also good, the problem is to transfer 900,000 customers in a certain time horizon, but we are looking for ways to do it,” says Deputy Minister of Industry and Trade René Neděla. He reminded that energy suppliers do not end only in our country, but also in the UK, for example.

Any shift in electricity prices will have a spill-over effect on prices in Europe. “It would be more ideal for us to have regional energy resources. They will either be paid for by the state or consumers, “says Peter Staněk from the National Center for Energy Savings and the Equilibrium Institute.

The Czech Republic has enough energy to go alone

We still have enough energy and we are exporting it. “It simply came to our notice then. It can change in an unstable situation, “says Hynek Beran from CIIRC CTU.

The system with coal sources looks different than the system with renewable sources. “It is a naive concept of politicians that when a solar panel is placed in a field and coal-fired power plants are switched off, the system will be lit. It won’t. Or it will be at a high price, “says Beran.

According to Beran, we consume about 60 terawatt hours, net production is about 76 terawatt hours. “So we don’t have enough energy. When, for example, Germany turns off half of Europe, we are able to go, “says Beran.

Natural gas is also used to obtain electricity. “It is not a substitute for our domestic coal. It is a geopolitically unreliable fuel, we import it from Russia. It is a fossil fuel because it contains methane, ”explains Beran.

“European emissions trading directives say that two percent of emission allowances are allocated to the EU Modernization Fund and are its core,” says Marcin. The modernization fund aims at the benefits it wants to achieve, which is reducing carbon dioxide emissions.

“We reduced emissions by 40 percent last year. We have another 15 percent left to meet the Fit for 55 goal. Energy accounts for 38 percent of total emissions, “says Karel Vinkler from ČEPS.

“If I accept the premise that we need to reduce coal to 60 percent of today’s level, our balance sheet will deteriorate and we will be dependent on what our neighbors let us do,” says Vinkler.

The electricity system with a high share of RES is managed completely differently. “In the summer, we will have 3,000 to 5,000 MW of surplus that must be exported or regulated. In winter, we will lack quantities of power that are at the limit of transmission capacity. So we lack regulatory power and we run the risk of import dependence, “warns Vinkler. At the same time, Germany paid about 36 billion crowns for better regulation.

The system needs to be managed differently than today

But even Germany, which is about to shut down nuclear reactors and relies in part on RES, does not know what the coming years will bring. “Europe is running out of resources this year. We do not live in a vacuum, “Mařík points out. “We lack an energy transformation plan. It must be based on a society-wide contract. It is not possible for us to change it every four years after the election, “he adds.

According to Mařík, the transformation of energy is necessary, but experts lack the necessary data. “We learn fragmentary numbers that we need to connect into a single system. The system must be controlled from the users’ point of view, not just controlled, “says Mařík. He compares the centrally controlled system to China, where, however, they face blackouts.

The system must be managed differently than today. “It needs to be managed using the energy internet, more precisely a platform that will ensure energy management. Knowledge of individual sources and consumers must be gathered and systems created on that basis. Once we have such a system with knowledge integration, it is possible to use it for intelligent behavior, “says Mařík.

According to Deputy Minister Neděla, the Czech Republic met the targets for saving energy in final consumption by 70 percent. In order to decarbonise, we need to compensate for decommissioned coal resources, and we need to maintain the core and develop it even more. “We need to tell individual investors and companies what they can do and within what framework,” says Neděla.

In order for the Czech Republic to be able to assert something in the European Commission, it must have Germany or France on its side. However, it is difficult to find allies among them, because each country leans towards different resources. “Before we have more renewable sources that will be able to cover consumption in the Czech Republic, which will take some time, then what will happen on the market will happen,” says Neděla. However, the problem with renewables can occur in the winter or when it stops blowing.

Burning biomass is also a way to produce electricity. However, according to geologist Václav Cílek from the Academy of Sciences of the Czech Republic, 2.6 billion people depend on biomass and wood, and this number will increase.

“Biomass is used globally in energy consumption in the amount of 10 to 13 percent. According to some studies, the potential of biomass in energy is 30 to 50 percent, which is more than nuclear energy, “says Cílek, noting that he does not know where this optimism comes from.

“By burning biomass, we create carbon debt. When I burn wood, which will have emissions like brown coal, so nothing much, then in addition, bioactive organic substances are excreted, “says Cílek. However, when people burn biomass, they expect it to recover, which may not happen. The proof is the bark beetle calamities.

“Overall, it turns out that in order for a large biomass power plant to run, we need an area of ​​about 7,000 hectares of forest for some 10 MW. But there are problems with farmers, and even fertilization is being considered, which is out of the question in our forests, ”describes Cílek.

However, biomass is and will be an important part of energy. “It will always be a major part of municipal energy and sometimes it will be part of medium energy,” says Cílek.

According to him, in connection with climate change, the need for cooling in summer must be taken into account. “Warm summers can sway gas supplies, and it can also have a strong effect on food shock, which can, as a result of the drought, affect the production of less rice in China, which is grown there in an area corresponding to the size of Italy,” says Cílek.

He spoke in the first block about the situation in Europe and in our country Peter Staněk from the National Center for Energy Savings, Ivo Marcin from the State Environmental Fund, Hynek Beran from CIIRC CTU and Petr Dovolil from Mott MacDonald.

The future of the heating industry will also be discussed, he said Petr Jeník from Teplárna Otrokovice, geologist Václav Cílek and for CEZ Kamil Čermák.

They talked about the transformation of the energy mix from the point of view of engineers Luboš Pavlas she Sev.en, Petr Maule from the Czech Photovoltaic Association and Michal Osladil from PwC.

In the last block, they discussed possible savings David Škorňa for the city of Kladno, Pavel Hrzina z FEL ČVUT a Dita Tesarova from the National Center for Energy Savings. 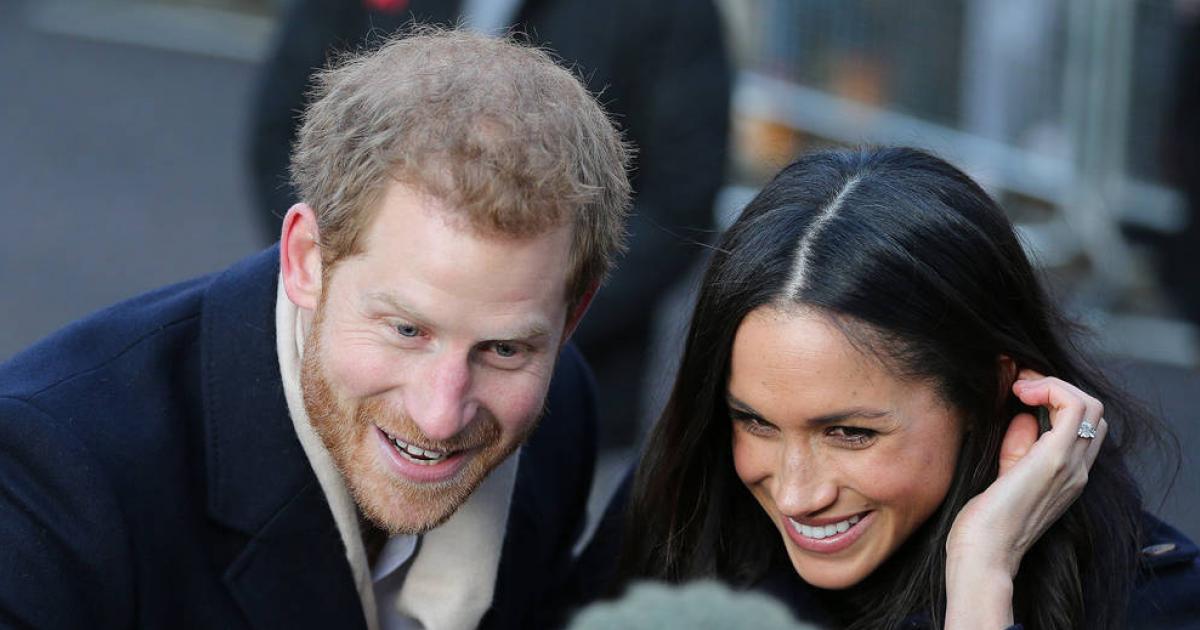 Traffic, Averøy | Tourist bus with 28 passengers ended up in the ditch