What can be done on the December bridge in each autonomous community? | Society 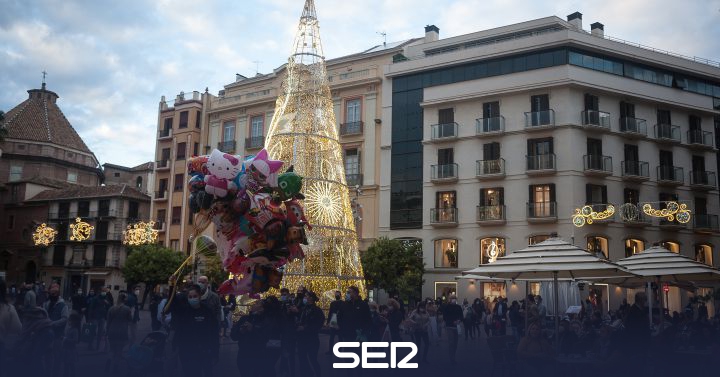 Some communities finalize the measures and agreements on perimeter closures and the opening of shops one week from the Constitution or Immaculate bridge, while others have already decided to close their territories on those days, trying to arrive with better numbers of infections to the Christmas.

These are Madrid -closed between December 4 and 14-, the Basque Country -until the 10th-, the Valencian Community and Murcia -until the 9th- or Ceuta, which maintains restrictions for trips to the Peninsula and Morocco until the 8th of December. In some regions, the already agreed closures go beyond the bridge and are closer to the Christmas holiday.: in Catalonia -in principle until 21-, La Rioja -19- and Navarra -until 18-.

Other regions appeal to “prudence” and the evolution of the data and wait until the last minute to make that decision and whether or not to open establishments, as well as their schedules. Asturias remains closed and extended the closure of the three main cities, Oviedo, Gijón and Avilés until December 3; Castilla y León has set December 4 to address the opening of shops and Galicia also marks that day to decide on the entry and exit limitations that it maintains in 68 municipalities.

This is the situation by autonomous communities one week from the bridge, with the exception of the Canary Islands, which maintains flights with the peninsula and between the islands and has all its businesses open.

The community will close its limits for ten days, from Friday 4 to Monday, December 14, to arrive at the Christmas holidays in the best possible conditions from the epidemiological point of view.

The Madrid government has urged citizens to avoid crowds and shopping streets on the bridge in December and at Christmas; the Government Delegation prepares the security device and mobility for the Constitution bridge.

The bars and restaurants of Catalonia have reopened this week. The Government does not foresee for now extending the municipal weekend confinement to every day of the December bridge, with which from Monday 7th, at 6 in the morning, the Catalans will be able to move freely around the region.

The closure of the municipal perimeter is applied from Friday at 6:00 am – in practice it is from 10:00 pm on Thursday, when the night curfew is imposed – until 6:00 am on Monday.

There is a perimeter closure of the community at least until the end of the bridge: December 9, restrictions end in force and the measures will be reviewed depending on the epidemiological situation, although the Valencian Executive has said that for this it must be “very well, very well and it does not seem that this will be the data.”

The restriction of entry and exit of people from the community -except for justified displacements- has been in force since last October 30. “The next bridge we have to be more cautious never because everything we have advanced can be lost if we relax, “said its president, Ximo Puig.

The provinces of Segovia and Ávila have reopened their hotels, shopping centers and gyms after three weeks of total closure in Castilla y León, while the rest of the provinces maintain the suspension of these activities.

Within the perimeter fence that governs all of Castilla y León, The provinces of Segovia and Ávila have until December 3 an entry and exit limitation of its joint perimeter for having better epidemiological records than the rest of the community.

It is planned to analyze these days measures for hotels, sports facilities and shopping centers in force in case they can be canceled as of December 4.

At least until December 4, the Xunta has chosen to close by areas, which are concentrated in the surroundings of the seven cities: A Coruña, Lugo, Ourense, Pontevedra, Santiago de Compostela, Vigo and Ferrol, and some other municipalities with a high rate of infections.

Total, 68 municipalities currently have limited entry and exit from their territories and work in “different degrees of exit”, between cities and rural areas. Also until that day, other restrictions remain, such as hospitality business closings and the limitation of meetings only to cohabitants.

President Alberto Núñez Feijóo is committed to “prudence” to see how the situation evolves in the face of Christmas.

Granada recovers from midnight this Monday the non-essential activity closed since November 10 to stop the expansion of COVID, which allows catering and small businesses to open until 6:00 p.m.

The province is equal to Andalusia also in the curfew, which is maintained from ten at night to six in the morning, and the perimeter closure that limits mobility is extended as in the rest of the community.

The Andalusian president, Juanma Moreno, stressed that “everything that we have been able to conquer with effort and sacrifice can be lost in fourteen days if we do not all assume our part of responsibility “, who has insisted on preventing crowds, limiting meetings and maintaining security and social distance measures so as not to return to the starting point.

Facing the bridge, he has offered free PCR tests to all island residents who are temporarily outside the archipelago and want to travel from the Peninsula to the Balearic Islands.

Read Also:  45 people with Covid-19 were stationed during the day. The total number of patients in hospitals has reached 370 - Society and Politics - News

The only perimeter closure in force in the Balearic Islands affects the Mallorcan city of Manacor, in force until November 26, although the Government studies lifting it before, given the good evolution of the pandemic in the municipality.

As of this Saturday, the Balearic Islands have a new 5-level health alert system, from 0 to 4, to know each week what the level of severity of the COVID-19 pandemic is and, consequently, apply de-escalation restrictions or measures.

The community maintains the perimeter confinement “at least” until after the December bridge.

The president of Castilla-La Mancha, Emiliano García-Page, stressed that work is being done so that the whole of the Autonomous Community downgrade and smooth measurements across all stocks, which would positively affect business activity.

From tomorrow, Aragon lifts the perimeter confinements of the three capitals, but will maintain the provincial ones until evaluating its effectiveness and confirming the downward trend of COVID-19 infections.

The Aragonese Government is committed to establishing common and agreed guidelines throughout the national territory to contain the pandemic at Christmas. He is a supporter of the prudence regarding the adoption of appropriate measures because he has assured that Aragon cannot afford “a fourth wave.”

From today he rises in Logroño restricts entry and exit and the hospitality sector will be reopened, but the region lives with perimeter confinement until next December 19, a measure that will also be maintained in the city of Arnedo, where the closure of its hotel industry will continue.

On the bridge of the Constitution, the Riojan Government hopes that there will be a minimum agreement between Health and communities in an upcoming Interterritorial Council because “they have always given good results.” All Riojan municipalities have the same generic measures to control the pandemic, such as the curfew from 11 p.m. to 5 a.m. the next day.

The “Foral Bridge” lasts six holidays from December 3 to 8 and the terraces of bars and restaurants are already open of Navarra since this Thursday, closed since last October 2 to avoid the spread of the covid-19 pandemic.

The Navarrese Government will not study until after the December bridge and, depending on the incidence figures of those days, the measures it could adopt to contain the contagion during Christmas, “highly critical” dates on which the worst winter months will depend , has recalled.

This has been confirmed by the Minister of Health, Miguel Rodríguez, who recalled that the region continues “with an alert level 4, maximum alert”. “With regard to the bridge, the restrictive measures that we have in place will be maintained, as regards the confinement of the community and the confinement of the municipalities, the closure of the interior of the hotel and catering establishments, the limitation of meetings to six people and the curfew at ten o’clock at night, “he detailed.

The lehendakari, Iñigo Urkullu, presides this Monday a meeting of the advisory council of the Basque Civil Protection Plan (LABI) to analyze the restrictions that prevent the spread of the coronavirus in the coming Christmas.

At this time the restrictions that are in force until next December 10 are fundamentally the total closure of the hospitality industry and the advance to ten o’clock at night of the beginning of the night mobility restrictions; it has regional and municipal perimeter confinement.

The perimeter of Extremadura is not closed, only there are entry and exit restrictions in three municipalities after this week it has lifted the perimeter isolation of another five.

According to the Minister of Health, José María Vergeles, Extremadura plans to maintain alert level 3 -high risk– Until after the December bridge, regardless of the situation, because “there are indicators that would allow, if everything goes as it seems, to bring Extremadura to alert level 2”.

If the cases of contagion go down, the Murcian Government wants to relax the curfew, the local and regional perimeter closure and the maximum number of 6 participants in meetings on Christmas Eve and New Year’s Eve. In the next bridge the closure of the region is maintained.

Keeps the perimeter closure of the community during the Constitution Bridge – in force since October 28 -, as well as that of six councils: Oviedo, Gijón, Avilés, Laviana, San Martín del Rey Aurelio and Langreo.

Since last Wednesday the small business has been open after twenty-two days of closure. The restrictive measures applied in the Principality remain in force, such as the closure of the hotel business, cultural activities and face-to-face classes at the University.

The Autonomous City of Melilla has marked December 9 as a “turning point” to analyze whether to lift the perimeter confinement – in force since October 30 – as it continues to have “a very adverse epidemiological situation.”

He has come out in favor of keep the restrictions imposed at Christmas to stop the advance of the coronavirus because otherwise a few “very hard” months of January and February may be spent.