Wear a mask to protect others! / Article / LSM.lv

“Covid-19 is no nonsense. If you are not afraid of getting infected yourself, think about your relatives and those who are at risk, ”says Dace Beināre, who has just contracted the virus herself. She believes that working in close contact with other people should be responsible and cover the face.

Although Dace thinks she was generally cautious, she was also hit in early September after an hour-long conversation with an acquaintance of Covid-19. The acquaintance had a slight irritation in her throat and had no suspicion that she might be infected with the coronavirus.

At that time, an average of four cases per day were reported each day, so the likelihood that an acquaintance had a slight sign of a cold might appear to be very low.

“As I understand it now, these are the risk factors – a conversation indoors, a long conversation. We had a distance, but it didn’t work. Then I learned after a while that this person was ill and that symptoms had appeared, that the taste and smell had disappeared. And then I immediately said I had to go do the analysis. The next day I actually started having a strong runny nose, it was the eighth day after the meeting. I also saw a change in my sense of taste. The smell disappeared quite strongly, but now it can also be with a strong runny nose, as we know. The feeling of taste was so slightly changed, as the bitter taste, as the food does not taste.

I felt the same symptoms as a strong virus, a very strong runny nose, a headache, a low temperature, a small crack, ”said Dace.

Dace was instructed by her doctor to rinse her throat and nose, and she was accompanied by daily breathing exercises.

“There were about 20 people in my circle of contacts, at first I thought there would be about 40. And that was the biggest stress when I realized. I also called these people right away, told me not to go near my parents to be careful, and it was a huge stress for me, ”Dace said.

“Those who think that I will drink ginger with lemon and my immunity will protect me… Don’t be so arrogant, unfortunately it may affect us,” Dace said.

To Dace’s great relief to all her contacts, the analyzes were negative.

“Those who say it is absolutely nothing are complete nonsense. I mean, we don’t have to scare ourselves with that anymore. But aren’t there anyone out there who is at risk? If you are not worried about yourself, I think this is a time of solidarity. We basically think of those who may be at risk, ”said Dace.

Dace believes it is important not to exaggerate by creating an alarm, but at the same time be careful.

For example, in her opinion, masks should also be worn by service workers who are in close contact with the customer.

As a psychologist points out, it is important that people are not alone in their fears of becoming infected or sick. Dace’s Covid-19 test is still positive, but after three weeks of quarantine and recovery at home, she can no longer infect others and has been allowed to resume work. This is also confirmed by the Chief Specialist of Infectious Diseases of the Ministry of Health Uga Dumpis, noting that since March and April, knowledge about the virus has changed.

In Latvia on June 10 ended Emergency to declare the new coronavir announced on 12 March. The virus is still circulating and there is no medicine or vaccine for it. Certain restrictions still apply to reduce the spread of Covid-19.

The situation was stable during the summer, but at the end of September the incidence rose sharply and the 14-day cumulative number of Covid-19 cases per 100,000 population exceeded 25 cases. However, it has been observed that in general, since the spread of Covid-19 virus in Latvia, on average 20% of those infected there were no symptoms of the disease.

In response to the spread of the disease, the government decided that face masks are mandatory on public transport from 7 October, exceptions are children under 13 years of age and persons with health problems. The government also calls on everyone to work remotely as much as possible. 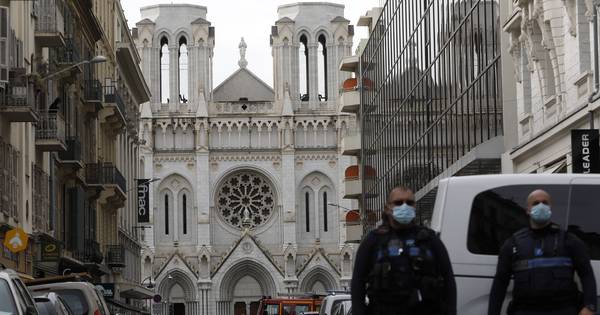