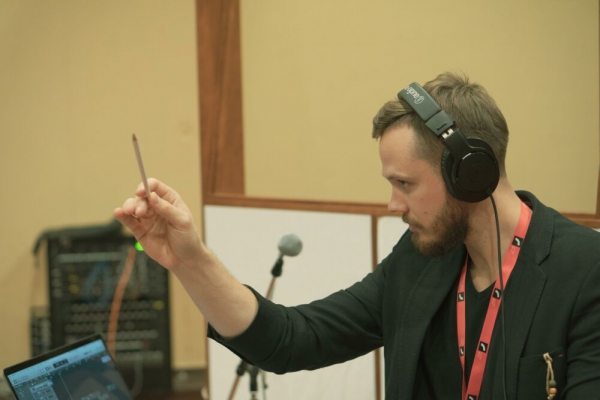 In the middle of March, a special concert took place, with which a new one was opened in Riga cultural space “Auss”, and tonight the concert recording will be publicly viewable on several streaming platforms.

The author and composer of the idea of ​​a cultural space tells more about this concert in a telephone conversation with Inga Žilinskas Jānis Ķirsis: “We wanted to create a place in Riga, where you can make high – quality sound recordings, which could also compete outside Latvia. We hope to host concert guests here someday, but basically it is a high – quality recording studio.

This place should be like a vein where musicians want to return and where time is lost. “

The recording of the concert can be seen on April 7 at 20:00 in LMT “Straume”, on Smart TV, on the social network “Facebook”, as well as on the portal “Delfi”.