“We have constantly moved and changed”

ETH News: The Department of Environmental Systems Science (D-USYS) is celebrating 150 years of agricultural sciences at ETH Zurich this year. What were milestones in your eyes?
Nina Buchmann: It is difficult to sum up 150 years in two sentences. And what is a milestone is also in the eye of the beholder. We have many highlights on our website www.agri150.ethz.ch compiled. On closer inspection, I notice above all how much research and teaching, but also the organization, have changed.

What changes are noteworthy?
Agricultural sciences at ETH started with two professors and 5 students. Now there are 12 professors and around 400 students. Research has changed enormously, sometimes in the context of the prevailing zeitgeist, but also due to the changed demands on the subject. For a very long time, the agricultural sciences dealt almost exclusively with food production. Today, the focus is on sustainability, such as sustainable farming methods and agroecology. The second aspect that has changed a lot is the research approach. Over time, people have moved away from thinking in terms of individual measures and have found systems thinking. The agricultural sciences have networked with other disciplines, including the social and environmental sciences. And last but not least, we have become international in agricultural research. We are no longer primarily concerned with agriculture in Switzerland, but also in the countries of the south. I find that impressive and it also shows what distinguishes ETH Zurich: its ability to change. ETH is often accused of not moving. But we are constantly moving and changing!

Ten years ago the agricultural sciences were a silo of their own. Today one has to “look for” them in the environmental systems sciences. Does this say something about their significance?
That’s not true. Agricultural sciences were not a silo. Before the merger in 2012, the agricultural sciences were combined with the food sciences in one department (D-AGRL), and joint research and teaching took place. In addition, the D-AGRL already had many connections to the environmental sciences at that time. Immediately after the merger of the Institute of Agricultural Sciences with the Department of Environmental Sciences, we investigated who at D-USYS was working with whom in research – our institute was the one that was most closely linked to other institutes in the department. We also kept our connection with food science. How well we have always been and are networked can also be seen in the World Food System Center, which I was able to set up with others as the founding director in 2011. It now has 46 professorships from seven departments at ETH Zurich and several Eawag working groups.

But aren’t there still voices accusing ETH of only researching the basics and forgetting about agricultural practice?
We are a university, we are not a university of applied sciences and we do not conduct any departmental research. But our offer complements that of the other Swiss institutions in the agricultural information and innovation system. We can’t and shouldn’t do everything. You can’t be right at the top of the international rankings – which ETH as a whole and the various disciplines at D-USYS, including agricultural sciences, regularly do – and at the same time want to respond to very specific practical needs. We are the only research university in Switzerland that offers agricultural sciences. Yes, we do basic research, but with the aim that the findings from it are applicable.

What are the currently most important research fields?
We work in the three “classic” areas of plant sciences, animal sciences, and agricultural economics and politics. Together these departments form the agricultural sciences and are embedded in the concept of the food system.

What are the goals of the research?
First and foremost, we want to understand agricultural systems and use this knowledge to help develop sustainable solutions to tackle global challenges such as climate change, resource overuse or loss of biodiversity. To do this, we use classic methods on the one hand, and modern approaches such as those from robotics and digitization on the other. We research primarily at the system level, locally to global. For example about food systems: Here we want to find out how we can make them more sustainable and resilient. We have to learn how to reduce climate change and the loss of biodiversity, but also how to deal with it if we cannot prevent it. We have to think about how we can guarantee food security even under these conditions. This requires our basic research, including new plant breeds and suitable seed mixtures, but also smart cultivation methods for our soils, with which fewer greenhouse gases are emitted into the atmosphere.

The pressure on agriculture is increasing, and not just because of climate change. Soils are becoming too salty, soil fertility and biodiversity are decreasing worldwide.
Yes, and that’s why we have to research and do something on many fronts: not just with regulations, but with insights. Just when 10 billion people will live on earth, it will be possible to feed everyone, but differently than before. Ultimately, we have to implement sustainability holistically, not just the “ecological corner of the sustainability triangle”, but we have to include the economy and society.

Why should a farmer include biodiversity in his considerations?
Based on my own research in my group and in collaboration with Robert Finger’s agricultural economics group, I can say: Biodiversity in grasslands and therefore also in forage production is a production factor. We were able to show that with increased biodiversity, the yields increase and, above all, are more stable against environmental influences – and that it also pays off. I assume that more biodiversity will also pay off in arable farming and agroforestry. Then, in the event of drought or late frost, the yield of one plant species may decrease by 20 percent, but that of another increases. But there is no total failure as with a monoculture. In addition, even under normal conditions, one species benefits from the other. The inclusion of biodiversity in agro-economic considerations will probably pick up even more momentum with digitalization.

What are the latest developments in teaching?
In teaching, we completed the course reform in 2016. It was clear from the start that the training at Bachelor’s level should be broad, i.e. that it should encompass the aforementioned pillars of plants, animals, economics and politics. Building on this, the master’s specialization follows. In the Bachelor’s program, we again built an internship on a Swiss farm. The Master’s was expanded from 3 to 4 semesters in order to also integrate a research internship. What has also changed in the last 30 years is that we place more value on quantitative skills, i.e. on data analysis and evaluation, as well as writing and presenting the results and findings. That counts not only in science, but also in professional life.

Has the course reform paid off?
Yes. What we hear, the course goes down very well, both with the students and with those who later employ the graduates. Almost all graduates have a job eight months after graduation. The spectrum is extremely diverse, from NGOs, industrial and retail companies to agricultural schools. But banks, service providers and insurance companies or public administration are also on the list. Around 15 percent are doing a doctorate.

How will teaching and research develop in the future?
In terms of topics, digitization in agriculture – keyword smart farming and Agriculture 4.0 – is set. Artificial intelligence applications are then also used, for example image recognition for weed control. Issues such as how we manage resources – water, fertilizer, soil – in an environmentally friendly manner remain with us. In teaching, the focus will be on handling large amounts of data.

You will soon hand over the management of the department. What were the highlights or important experiences for you?
I was head of department for four years and previously vice-head for five years, for a total of nine years in the department management. It was a lot of work, but there were also many wonderful moments. Since the merger of the agricultural sciences with the D-UWIS, we have achieved a lot, not only in terms of organization, but also in research and teaching. During this time, open communication with clear goals on the one hand, and openness, appreciation and interest in the people in the department and in their work on the other, paid off. You can get very far with it, an experience that I am happy to take with me.

What are you planning to do now?
I take a breather and take a six-month sabbatical. I have never given up research and teaching. I take back a few things that I had to delegate. My involvement in the “rETHink” project will continue. New projects have also started in my research group, and some applications are still pending. So I will definitely not get bored. 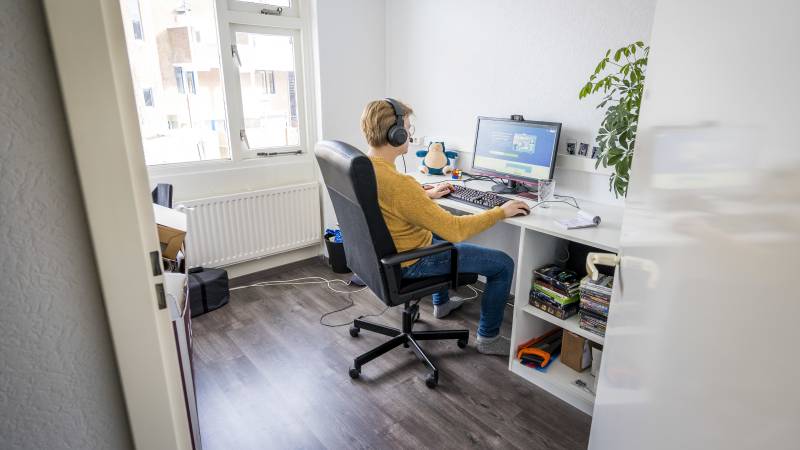 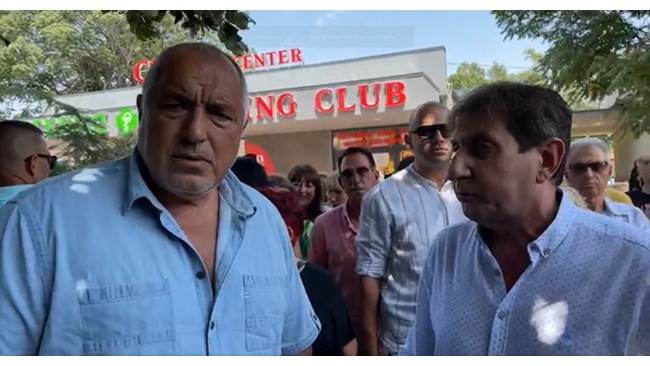 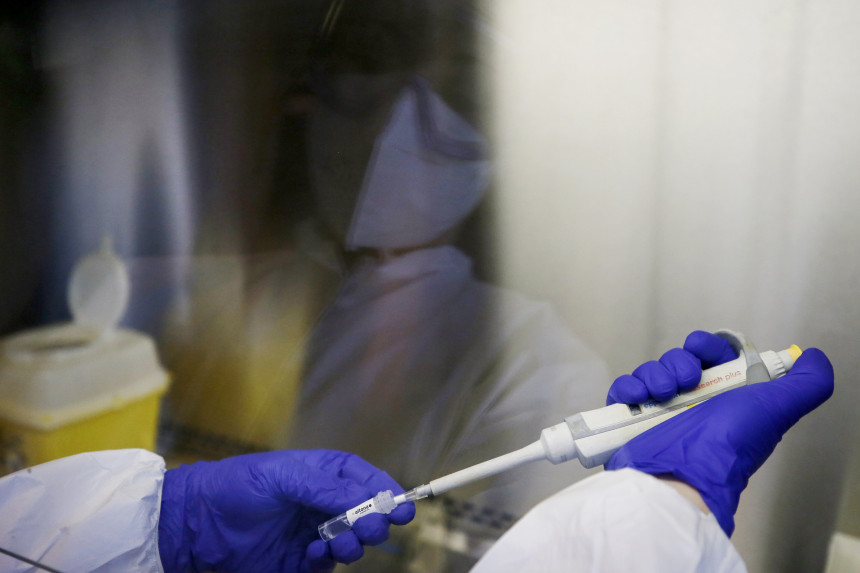