We are still not in Denmark, but Czech series is less afraid of • RESPEKT

#Martyisdead web series won the Emmy International Television Award in the Short Format category. Newspaper headlines enthusiastically write about “historic success”, because the series on cyberbullying, which already attracted attention at its last Czech premiere, is indeed the first domestic act to receive an international Emmy. What do the success of one series and the great news for director Pavel Soukup and producers from Bionaut tell us about the current state of Czech series production?

There was a time when domestic fans of modern series and creators could only look admiringly at what is happening in the five million Denmark, which has ridden on the wave of scandi noir in the past decade among the serial powers. Those times still last, while the Czechia still has something to catch up with in serial production. Domestic production is not exciting, let alone globally determining production and style trends. Who wants to see the best, still looks around abroad. But at the same time, things have moved for the better in recent years. And #martyisdead is proof of that. Or more precisely, proof that the domestic serial landscape has opened up and producers are more accommodating to “non-standard” formats and themes.

#martyisdead is a thriller series of eight fifteen-minute episodes in which the father of the dead fifteen-year-old Marty tries to trace back the reasons for his tragic ending from videos that the boy shot shortly before his death. The series was produced by Bionaut, CZ.NIC and Mall.TV. Online television founded at the online store Mall.cz, where the creative part of the team from the pioneering video server of the original online production Stream, which was created in 2007 under Seznam, went. The hit of the Stream was the satirical series Kancelář Blaník, which showed that remarkable serial production can (or even at some point must) be created outside established large televisions and required “standard” formats, which so-called target windows and tables.

In other words, there is no room for a ten-minute satirical sitcom on Czech Television or Nova. It is infinite on the Internet, and moreover, it exactly meets the preferences of the viewer, who increasingly wants to choose what he is looking at and switch. The short formats, which can be seen among other videos, suit his rhythm and willingness to devote time to something. Not to mention that they can more easily test content barriers and offer topics that big TVs working with the idea of ​​a more conservative audience would not want or want too much.

Blanik initially seemed like an anomaly and a revelation, but he opened the sluices. Its success legitimized the short web format as equal and viable, and the Monte Monte Carlo, Pěstírna or the acclaimed, formally Internet Semester has since been added to the Stream. #martyisdead is another in a series of bolder works, whose creators are looking for new production models, formats and paths to the viewer. They combined the format of the web series with a relevant social theme, cyberbullying. A precisely and audience-friendly thriller on a small screen in combination with social responsibility then meant the difference between the interest of domestic audiences and international recognition.

Openness to short web formats is only one positive move forward in domestic serial production. The second is HBO’s long-term effort to invest in local production. Although it does not spew several series a year, it pursues its policy of “production value” in so-called quality tv – series that are film-wise and narrative and often expensive, such as Burning Bush, Wasteland or Unconsciousness. HBO flips globally proven formats into the Czech environment and often brings it prestige.

Last but not least, something is moving on Czech Television. Although perhaps still more by chance than conceptually – which is a bit of the case of the biggest serial hit of recent years, the comedy satire Most! Although ČT still relies mostly on “proven” and most popular formats of often standardized detective stories (Labyrinth, Cases of the 1st Department), comedic-procedural hybrids (Četníci z Luhačovic, Četnické humoresky) or narrative period soap operas following the popularity of pre-revolutionary series I, Mattoni, First Republic).

At the same time, it seems to be gradually getting rid of the fixed idea of ​​the “typical viewer”, which should be unbalanced or “out of tune” – but gives the green light to more ambitious projects whose authors are aware of foreign trends, and instead of recycling them (Rapl, Temný region) seeks its own manuscript within the genre. The launch was made special by detective stories from the series of Detectives from the Holy Trinity – specifically the moody Blue Shadows and Waterman by director Viktor Tauš. They do not betray the detective tradition, but they also add something extra. The second wave was the crime series Rédl, Zrádci or the aforementioned Most!

Still relatively young creative production groups on Czech Television proved to be a good step. The creative producers working in them, such as Kateřina Ondřejková or Michal Reitler, are more actively looking for topics or building longer-term and closer cooperation with the creators. Kateřina Ondřejková and the team around the Dejvice Theater realized Dabing Street and the Destruction of the Dejvice Theater, Michal Reitler with Jan Prušinovský and Petr Koleček Dwarf and Most! It is the creative producers who should be the main guarantee that they will “capture” and recognize interesting things, anticipate trends and discover the undiscovered.

As is well known, comedy generally “travels worse” – ie humor is usually locally specific and not always translatable across borders. TV series like Most! So they are phenomenally successful at home, but they sell worse abroad. In other formats, however, language should not be an argument in the future why not have higher creative ambitions or courage and not shoot for Czech and foreign viewers. As #martyisdead showed, and this is confirmed by the growing number of original series in Spanish, German or Romanian produced by Netflix, the language barrier has long been no obstacle or a problem for viewers.

Naval spokesman admits two Chakri crews are attached to COVID and screened more than 200 of them.

Is Sony releasing the first teasers of the game?

Iran has asked Interpol for help in arresting Trump

“Parasite” triumphs at the Oscars with 4 prizes, including that of the best film

Parliamentary elections in Venezuela will be held on December 6

this crisis is “worse than Pearl Harbor”, says Donald Trump 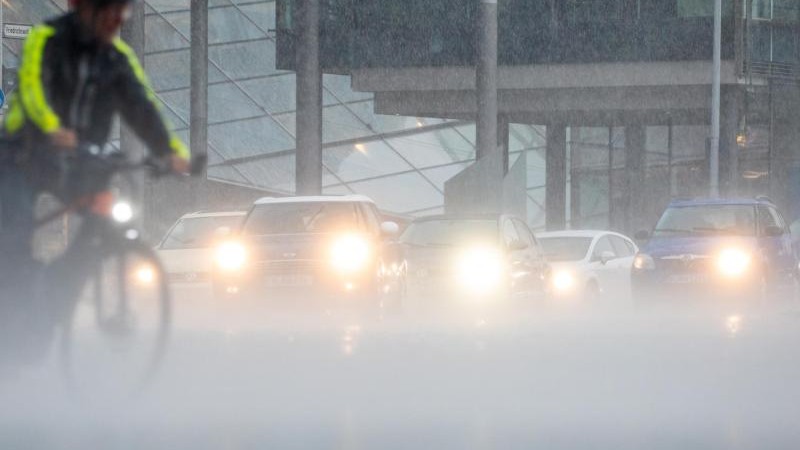