Val-de-Marne: seniors in residential homes finally have access to the vaccine 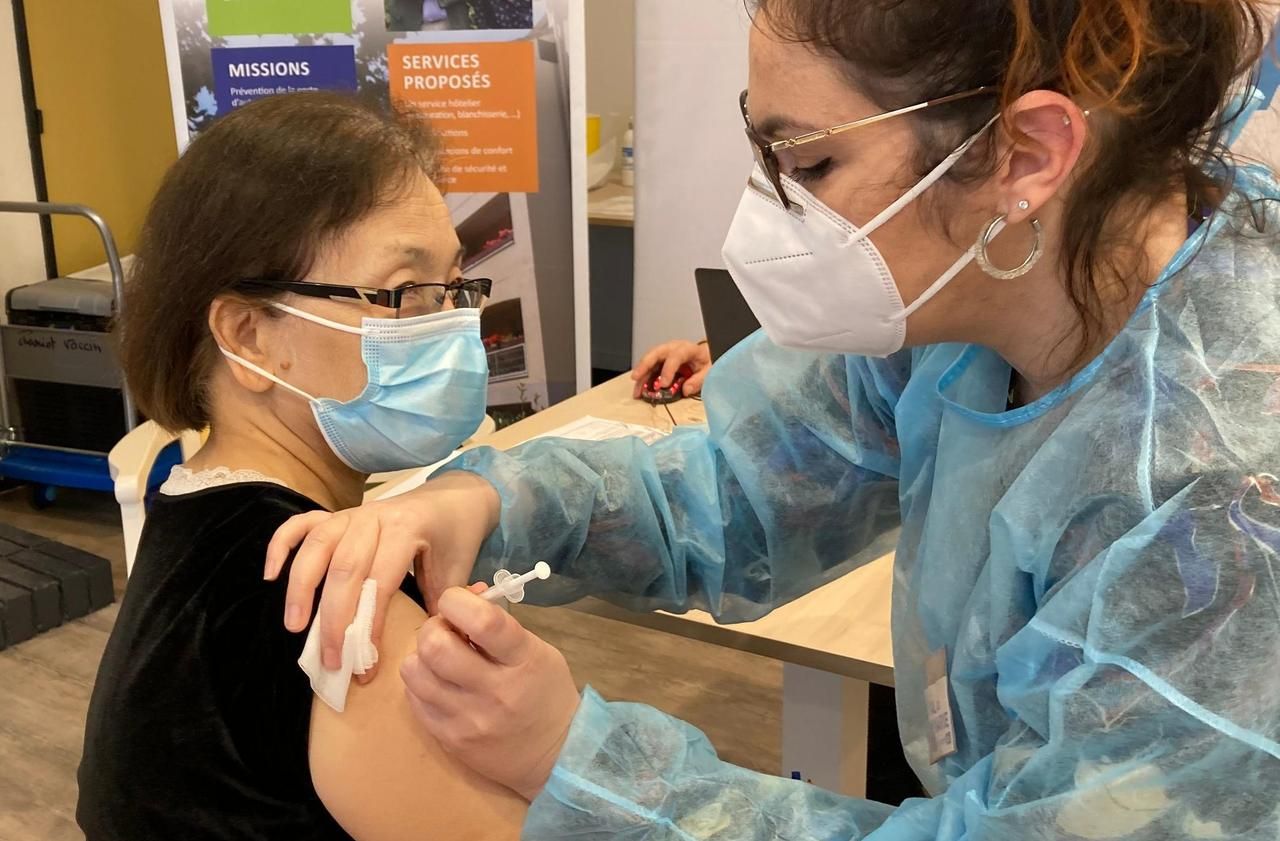 Phung is “not afraid”. This 77-year-old Vietnamese woman is used to vaccines. “In my country when I was young to go to school you had to be vaccinated all the time,” she explains. So this resident for a little over a year of the Lozaits residence, in Villejuif, did not need to be asked, when the director of the establishment announced the arrival this Thursday of nurses and doctors under the departmental council to vaccinate against Covid-19.

At the sight of the needle, she still does not quiver. Not even when the nurse, Virginia, who usually practices in a family planning center gives the injection. ” It’s okay ? she asks him. The new vaccine against Covid-19 opines. The professional takes her to the agents in charge of the administrative paperwork to set the date for the 2nd injection. In total, the volunteer nurse, “to help more in this health crisis” will have immunized with her colleague 37 residents.

“I limited my outings”

This establishment is the first of the 52 residential homes in the department to benefit from the mobile teams set up by the department. Unlike nursing homes, residents of this type of structure come under common law, and had to fend for themselves to get vaccinated.

“Here in Villejuif, we don’t have a vaccination center. The director had requested a bus, but it’s complicated, otherwise you would have to walk to L’Haÿ-les-Roses, ”breathes Phung, delighted not to have to go out to be vaccinated. “In the meantime, I limited my outings, only to go to the doctor or do my shopping for Asian products. “

Only two residents, out of 54, were already protected, “because of their treatment in hospital,” said the director of Lozaits, Jinny Bagé. “All the centers were blocked, we could not have an appointment,” he continues, welcoming the department’s strategy which “simplifies our task and allows residents rapid access to vaccination”.

“Many residents are afraid”

A solution that also reassures these elderly people. If this is not this boarder, very frightened, who locked himself in the toilet for 45 minutes in the morning, before succeeding in reaching out in the afternoon.

“Many are afraid, or have many questions with what they hear in the media,” said the director. Beforehand, a meeting had been organized with a professional from the municipal health center.

“The department was under no obligation to organize this operation. But the situation was particular in autonomous residences, explains PCF president Christian Favier. They are more independent people, who go out, go shopping and are therefore more exposed to the risk of contamination than people in nursing homes. It was important that they also be given priority for vaccination. According to the community, 70% of the 2,400 residents are aged 75 and over.

Newsletter The essentials of 94

The operation should last two to three months, the time to tour the 52 structures and intervene for the second injection. This Friday, the mobile vaccination center will be set up in Cachan, in the Moulin residence, where many residents wanted to be vaccinated. Next week, he should visit several other municipalities including Limeil-Brévannes, Villiers-sur-Marne and Vincennes.

Read Also:  Canton of Vaud: A child falls from a climbing wall in Saint-Cergue

After this new stage of vaccination in the department, a rise in power is still expected. According to Christian Favier, three new vaccination centers should start in Val-de-Marne. Within 48 hours, the location should be known. The city of Ivry-sur-Seine could benefit from it. “Good news“, greeted the elected official who had denounced with others the inequality of access, especially in this geographical area. Thirteen vaccinodromes are currently open.

Still according to the department, 7,000 doses are now allocated to Val-de-Marne, i.e. 2,000 more than at the start of the vaccination campaign, while the incidence rate remains high. An endowment that could increase further. “We are hopeful,” said Christian Favier, who again challenged the Ministry of Health this Thursday morning.