vaccines are arriving, the pandemic is raging in the United States and India

The most advanced laboratories in the race for Covid-19 vaccines are rushing to file marketing authorization applications in the United States, where the pandemic is raging, while India has passed the nine million cases of contamination.

The Pfizer / BioNTech alliance must file a request for authorization this Friday with the FDA, the American health authority.

The director of BioNTech had estimated Thursday, in an interview with AFP, “possible” that this vaccine could begin to be distributed in December in the United States and in the European Union.

On Friday, US Secretary of Health Alex Azar announced that the American company Moderna, also in the running with its vaccine, could also file an application soon.

According to the President of the European Commission Ursula von der Leyen, the European regulator could give the green light to the marketing of the two vaccines “from the second half of December, if the procedures go smoothly”.

Pfizer / BioNTech and Moderna have announced an efficacy of around 95% for their vaccines, sparking a wave of optimism around the world, where hundreds of millions of doses have already been reserved by various governments.

Another ray of hope: infected people are very unlikely to contract the disease again within six months of infection, according to a study by the British University of Oxford and Oxford University Hospitals presented Friday.

More than 56.8 million cases and 1.36 million deaths have been officially recorded worldwide since the start of the pandemic, according to a report drawn up by AFP on Friday.

In the United States, the epidemic is in an “exponential” phase, with some 200,000 new cases and 1,750 deaths in 24 hours, after more than 2,000 the day before, a threshold that had not been crossed for months.

Americans have been urged not to travel on Thanksgiving, November 26, the largest family holiday in the United States.

And new restrictions have been decided all over the country.

In California, where the virus is spreading at “a speed never seen since the start of this pandemic” according to its governor, approximately 94% of the population will be placed as of Saturday under curfew, from 10 p.m. to 5 a.m., for a month.

In Washington, public museums and zoo close their doors from Monday. In New York City, Mayor Bill de Blasio on Thursday closed public schools, a move that immediately sparked controversy, with a petition calling for their continued openness and protests outside city hall.

US President-elect Joe Biden said Thursday that he would not impose “total national containment”. “I will not stop the economy,” he said.

India, for its part, crossed the mark of nine million cases on Friday, and officially deplores more than 132,000 deaths – figures largely underestimated, say many experts.

After very strict containment in March and then a gradual lifting, restrictions are starting to be reintroduced.

The gatherings due to the festival of Diwali last Saturday caused a worrying resumption of contagions.

In New Delhi, the authorities have decided to quadruple the fine imposed on those who do not wear the mask, while those of Ahmedabad (West), the main city of the state of Gujarat, imposed from Friday a cover – night fire for an indefinite period, coupled with total confinement this weekend.

The World Health Organization (WHO) on Friday recommended not to administer remdesivir to hospitalized Covid-19 patients. The drug, which is very expensive and has significant side effects, does not prevent death or severe forms of the disease, she said.

In Europe, the WHO welcomed a drop in weekly cases last week but deaths have continued to rise and caution remains in order.

Sweden, which has followed a less strict strategy than elsewhere in Europe, recorded a new daily record on Friday with 7,240 additional cases.

In the last seven days, 242 deaths have been announced, against 142 the previous seven, an increase of 70%, according to official data compiled by AFP.

The head of the Orthodox Church of Serbia, Patriarch Irinej, died on Friday of Covid-19, three weeks after celebrating the funeral of the head of this Church in Montenegro.

Austria has ordered seven million antigenic tests and its army will carry out a massive campaign of voluntary testing for the coronavirus.

South Tyrol, an autonomous region in the far north of Italy on the border with Austria, began a massive screening campaign on Friday that will last until Sunday, with the aim of testing 70% of its population .

Airlines take stock of the damage caused by the pandemic which plunged the sector into a historic crisis: the International Air Transport Association (Iata) is holding its 76th General Assembly from Monday by videoconference.

Iata estimates the decrease in traffic this year at 66% and considers that global air traffic will not return to its 2019 level before 2024. 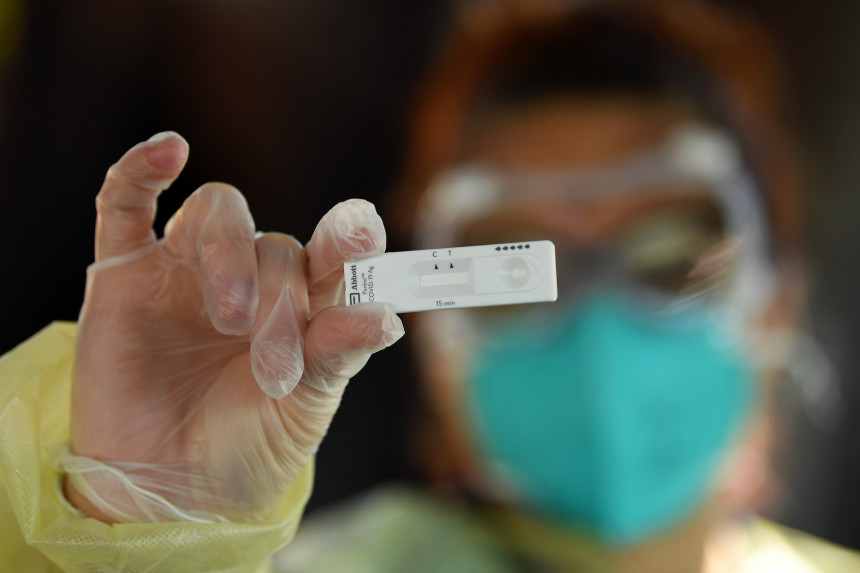