US Supreme Court on the New York Guns Act

After a ten-year hiatus, the US Supreme Court is dealing with gun law again for the first time. It’s about the New York City Gun Act, which restricts the carrying of handguns. Ryan Kraski analyzes the procedure.

Oral statements by the parties on the New York State Rifle & Pistol Association (RPA) vs. City of New York (CNY) case are expected shortly before the Supreme Court. The weapons organization RPA is suing provisions of the New York Weapons Act. These are about restricting the transport of approved, secured and unloaded handguns that New Yorkers bring home or to shooting ranges outside of the city limits.

Among the licenses issued by the City of New York for handguns, “location-based licenses” are the most common. They allow the possession of weapons for the purpose of self-defense in one’s own home. From there, license holders are only allowed to transport their handguns unloaded and secured in a container to one of the seven recognized shooting ranges within the city. The city said the restriction was for “public safety and violence prevention” to help police forces better identify the legal transport of weapons.

The RPA now represents a licensed gun owner and resident of New York City who also owns a house in upstate New York and who is legally prohibited from moving his handgun from one residence to another. The legal situation means for the plaintiff: his gun possession is legal at his city residence as well as at his country residence. Transport in his vehicle within New York City on the way to a shooting range would also be permitted. On the other hand, it would be illegal to leave this route.

So far, this New York gun law restriction has withstood the lower federal courts. On January 22nd, however, the Supreme Court approved the revision (certiorari) of the RPA and accepted the case. An extremely rare occurrence: the approval of the appeal is entirely at the discretion of the judges of the Supreme Court. But only about one percent of the revision requests are granted at all.

What rights are at stake?

The RPA opposes CNY’s restrictions for three reasons: They violate the second amendment to the US Constitution, contravene the trade clause, and limit the free movement of persons enshrined in the constitution.

The second amendment to the US Constitution reads: “Since a well-trained militia is necessary for the security of a free state, the right of the people to own and carry weapons must not be impaired.” In the past, the Supreme Court paid him comparatively little attention. The most recent gun law cases were Heller (2008) and McDonald (2010).

read more  Child Says There Is An Infection Spreading To Tjahjo's Lungs, Rules Out Coma Issues

The legal protection of the second amendment was originally intended by the founding fathers of the USA to strengthen citizenship against authoritarian governments. The above cases have more specifically defined how these rights affect legal entities and their right to self-defense. The Heller case makes it clear that no law can entirely ban handguns for the protection of homes. However, the law in the City of New York shows that it remains unclear to what extent this protection can be indirectly influenced by other laws.

The weapons organization RPA also refers to the trade clause according to Art. I §8, Paragraph 3 of the US Constitution. This authorizes the US Congress to regulate trade between states. However, the trade clause excludes federal or local legal regulation of trade if the trade takes place entirely outside of the state’s borders. The US Constitution also grants a fundamental right to the free movement of persons, based on the immunity clause (Art. IV §2, Paragraph 1). Freedom of movement between states must not be restricted to the detriment of a fundamental right.

The main arguments of the parties

Against this background, is the New York gun law now constitutional? In order to withstand the constitutional scrutiny, the law, which restricts a constitutional right, would first have to promote an important interest of the government. Furthermore, this would have to be done with means which in turn essentially relate to this interest.

The RPA argues that the legal restriction is not logically related to public safety. It increases the number of handguns within the city, but has no influence on gun violence. For these reasons, the law does not stand up to constitutional scrutiny and must therefore be repealed.

The city of New York sees it differently: In their opinion, the right protected by the second amendment of the US Constitution does not include the transport of a handgun, but only the possession of it in one’s own home for the purpose of self-defense. CNY argues that the plaintiff’s rights are not affected if he is not allowed to transport his weapon from door to door. Because, according to the CNY, anyone who can afford two houses must also have the means to buy two handguns. Incidentally, the legal restrictions also served public safety, as it made it easier for the police to check whether the transport of weapons was legal.

Finally, regarding the US Constitution’s trade clause, the RPA contends that New York City citizens are deprived of their right of access to shooting ranges in other states as a result of the law. For the CNY, however, the restriction is permissible because license holders would not per se be prevented from using shooting ranges outside of the state, but simply cannot use the weapon approved in New York City. In this case, however, firearms could be borrowed. In turn, the RPA counters this by stating that training with foreign weapons does not do justice to the constitutionally protected use in emergencies. In order to have to protect yourself in self-defense, training with your own weapon is essential.

The RPA also criticizes the violation of the fundamental right to free movement of persons: gun license holders are unlawfully forced to choose between their two fundamental rights to free movement of persons and possession of weapons. An argument that the CNY does not want to accept: those affected could move freely around the country, just not specifically with the handgun, which is subject to the license.

Possible consequences of the judgment

How will the Supreme Court decide? At first, it will be a while before we find out. But regardless of the exact result and the significance for the individual case, this judgment will be important for future gun laws and cases in gun law. A decision in favor of the CNY could open the doors to similar laws indirectly restricting the right to own weapons in the USA.

It could turn out differently if the court declares the law unconstitutional. A strict judgment based on the second amendment would repeal the law, a more lenient one could extend the right to own weapons. However, if the law were to be repealed because of a violation of the trade clause or the right to free movement of persons, this case would probably only have a limited impact on future gun lawsuits.

Whatever the case, very few people outside of New York will feel the direct effects of this case. Nonetheless, it has grabbed the country’s attention. My recommendation: go to the this autumn Supreme Court website, listen to the hearing and see the American legal art displayed. The nine judges of the Supreme Court, as the final instance in the interpretation of the US Constitution, will hopefully once again ignore their political preferences and ideologies and only throw the lawyers’ arguments properly into the balance.

The author, Ryan Kraski, Esq., Is a licensed attorney in the state of Pennsylvania and a PhD student at the University of Cologne. He teaches tort law at the chair for US law. His courses deal with current topics, such as general liability after mass shootings or product liability for weapons manufacturers. His text for LTO was translated into German by Marie Pflüger, LL.B. 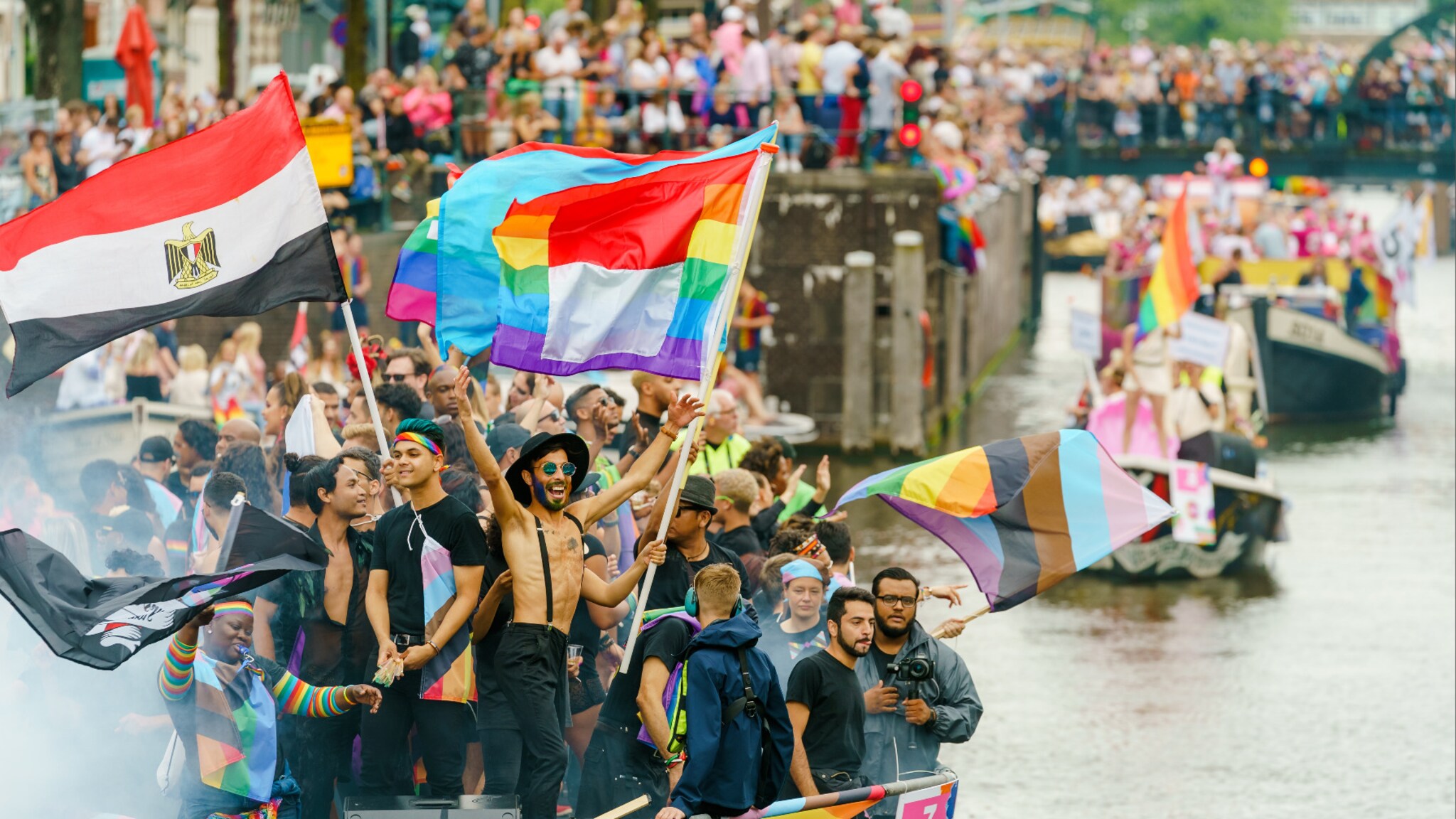 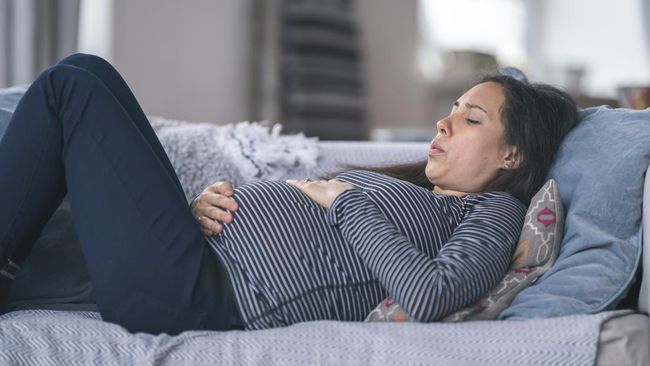