‘Urgent advice’ becomes ‘preferably’: churches are given more room to deviate from the thirty people rule 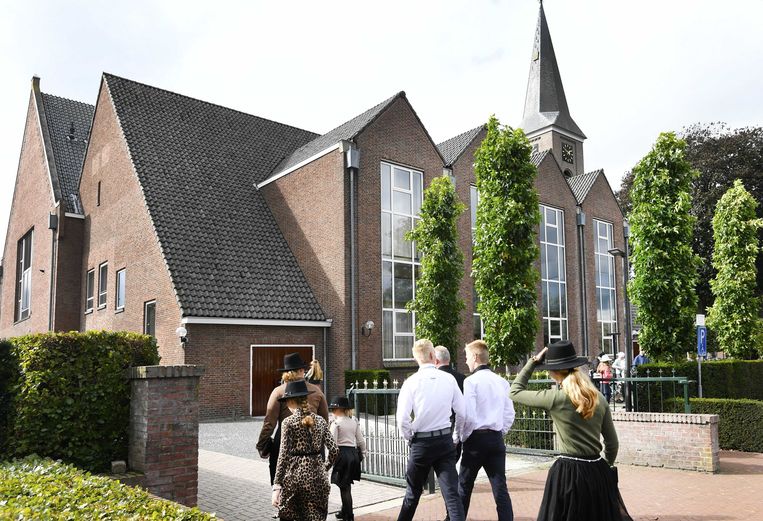 Churches are given a little more room to deviate from the rule that there may be a maximum of thirty people at a church service. The church umbrella organization CIO asks the churches to limit the maximum ‘if possible and preferably’ and ‘with due regard for their own local situation’ to thirty, the consultative body reported today after a second meeting this week with Minister Grapperhaus of Justice. In addition, the motto is to sing only to a limited extent and to wear mouth masks.

It was not yet clear on Friday evening how churches will give shape to this call in practice. Pastor AC The results of the Christian Reformed Church in Urk said in an initial response that they saw scope for customization. In his church with 1000 places, there were recently, within the RIVM guidelines, approximately 250 people at the Sunday worship services. His consistory decided late on Friday evening to reduce that number slightly, to 200 to 230. The consistory finds this justified, in view of the local character of the service, the low number of infections in churches and the exemption at cultural institutions for the maximum of thirty.

There are other sounds too. In the Christian Reformed Church in Gorinchem, approximately 60 people have joined the morning service in recent weeks. The coming Sundays there will be in the building with about 200 seats, a maximum of thirty, reported pastor Jelle Nutma even before the consultations had started. “We have to make sure that we get the virus under it, and then we can also be expected to take responsibility and make our contribution.”

Today’s advice came after a tumultuous week for ecclesiastical Netherlands. It started with great social commotion about the restored Reformed Church in Staphorst, which held three services with 600 people each. Supported by the minister, the CIO advised the churches to go back to thirty in an additional consultation on Monday. There was a lot of fuss about this, especially in Orthodox circles. In the often enormous church buildings, thirty people was ‘a joke’, as the Barneveld scribe H. Morren of the Reformed congregation in the Netherlands put it earlier this week.

The national office of the Restored Reformed Church advises affiliated churches to “substantially” reduce the number of visitors to church services. Furthermore, there must be a “renewed reflection” “on the manner and frequency of the harmony singing”. Mouth masks must also be worn when entering and leaving the church, according to the advice.

“Lowering the number of visitors from 600 to 590, for example, cannot be called substantial. At the same time, we did not want to mention absolute numbers. Of course it also matters what the church building in the relevant congregation looks like, how many possibilities there are to keep a distance. ”

The Protestant Church in the Netherlands immediately passed the advice on Monday to the approximately 1,500 local congregations. Director Jurjen de Groot called it ‘a terrible shame’ that the space available for churches was again limited. Tonight, the PKN, which has a small but active right flank, declined to comment.

The ecclesiastical side emphasizes that only a minimal part of the infections can be traced back to religious gatherings. But in his press conference after the Council of Ministers, Mark Rutte told places of worship on Friday afternoon that there are also risks there, especially in places with many elderly people.

Rutte also said that because of the freedom of religion, the government cannot intervene in churches. The corona law makes an exception for them to the rule that a maximum of thirty people may be at a meeting. Independent Member of Parliament Femke Merel van Kooten, from the Party for the Animals, wants to get rid of this. She is working on an amendment to the law to end that exception.

The approximately 150 mosques affiliated with the Turkish organization Diyanet have already decided earlier this week to cancel Friday prayers in October. Because usually many more people come there than thirty, according to these mosque councils that is a better solution than choosing which thirty are welcome. A number of Moroccan mosques have also canceled Friday prayers for the time being.

While the Protestant Church in the Netherlands calls for the advice to meet with no more than thirty people, the usually law-abiding Orthodox Protestant denominations are opposed. How is that possible?

Ecclesiastical Netherlands sighs, but the pastor in Staphorst asks for understanding. ‘It’s vital’

Last Monday, churchgoers heard Prime Minister Rutte say with approval: the churches are doing very well, and that is why the rule that a maximum of thirty people may come together does not apply to them. Less than a week later, the churches are full of disappointment. At least for the rest of the month, also for religious celebrations, no more than thirty people are allowed to gather. And singing together is out of the question.

Equinor, Canada | Equinor in oil sands trouble in Canada: Can get a new bill of 3.3 billion kroner

Starting today, you can file a complaint with the MTA on WhatsApp – Telemundo New York (47)

Kidney instead of spleen removed: Bremer should receive 90,000 compensation for pain and suffering – news from Bremen