The companies affected by the closings are to receive financial support. You can apply for a grant for your fixed costs of up to 500,000 euros via bridging aid. Retailers should also be able to write off unsalable goods more easily and negotiate rental discounts with landlords in a legally strengthened manner.

Finance Minister Olaf Scholz estimates the cost of the budget at 11.2 billion euros per month. The trade association HDE criticized that the planned funds were “nowhere near enough to prevent a bankruptcy wave in the city centers”. Instead, the association demanded a reimbursement of sales, as received by the catering trade, which has been closed since the beginning of November.

In view of problems with the disbursement of the aid, according to Handelsblatt information, the grand coalition wants to extend the deadline until the end of January during which over-indebted companies can be exempted from filing for bankruptcy. The President of the Kiel Institute for the World Economy, Gabriel Felbermayr, criticized that there was “still no suitable stabilization instrument”.

Olaf Scholz showed understanding for the worries of many merchants: It was about livelihoods, said the Federal Finance Minister after the deliberations of the federal and state governments. Many had built up a business over the years and were now afraid of having to give up.

Those affected by the state-ordered closings would therefore not be left alone, Scholz assured, and spoke of “very comprehensive support”. The subsidies for the operating costs of companies and self-employed people would cost taxpayers around eleven billion euros – per month.

But the retail sector in particular is dissatisfied with this. The German Trade Association (HDE) calls for more extensive support to compensate for the loss of sales due to business closings during the important Christmas business. “Up to 250,000 jobs are at risk,” said HDE Managing Director Stefan Genth.

The Federal Government’s SME Commissioner, Thomas Bareiß (CDU), shares the concerns, but refers to the previously announced adjustment of the existing aid. “If there is no strong financial aid for stationary trade, a wave of closings will be inevitable,” said the Parliamentary State Secretary in the Federal Ministry of Economics to the Handelsblatt. “With dramatic consequences for our cities and the previous diversity.” It was “an entire medium-sized area of ​​our economy in danger”.

The trade association is therefore calling for December to be treated equally with the catering trade, which will receive compensation for up to 75 percent of its sales. He receives support from the Greens: “It is incomprehensible that the catering industry is reimbursed for a loss of sales in the event of a lockdown, but that retailers now only receive bridging aid, the current amount of which is not sufficient to cover all relevant costs,” said their economic policy spokeswoman. Katharina Dröge.

Economists, however, consider the demands to be excessive. The chairman of the economy, Lars Feld, supports the approach of aligning the compensation to the fixed costs. “An orientation on sales of the previous month would be excessive,” he told the Handelsblatt.

Minister of Economic Affairs Peter Altmaier (CDU) pointed out that the support under the so-called Bridging Aid III had been “further improved” and that the maximum monthly amount had been increased.

Retailers directly or indirectly affected by the lockdown decisions should be able to receive grants of up to 500,000 euros. And also in 2021 – as long as the shops have to remain closed. Companies that remain open but show a decline in sales of at least 40 percent compared to the previous year will receive up to 200,000 euros. Since the payment of the grants is often delayed, those entitled should receive down payments of a maximum of 50,000 euros.

In view of the delays, the Union and the SPD also want to extend the period beyond the end of the year until over-indebted companies can be exempted from filing for insolvency.

The coalition partners want to prevent companies that have been granted “November” or “December aid” from sliding into bankruptcy due to the delayed payment. “It would be completely unjust to send these companies into bankruptcy just because the constitutionally required compensation payments are paid out late,” said the legal policy spokesman for the SPD parliamentary group, Johannes Fechner, to the Handelsblatt.

Gerrit Heinemann, professor at the Niederrhein University of Applied Sciences in Mönchengladbach, speaks out against any further aid for retailers: “The VAT reduction, which for the most part was not passed on, was basically already a major industry subsidy that did not exist for others,” says the trade expert.

He also considers the amount of sales losses, which the HDE estimates at one billion euros per day, to be significantly oversubscribed. Heinemann assumes 400 million euros per day. The trade association had included VAT, online trade and non-closed dealers such as hardware stores in its estimates.

Quite a few dealers saw the shutdown coming anyway and prepared as much as possible. “It has become apparent,” says Helmut Hagner, head of the Frey Group in Cham, Bavaria. If the stores are now closed again, he will be much better prepared than in the first shutdown in spring.

His sixth generation family business operates four fashion stores and three furniture stores. Hagner tries to like even more through large online retailers Zalando for sale and set up its own delivery service to serve local internet customers.

As a precaution, he says he has already ordered less fashion anyway. Despite the online business, all employees could not stay on board: Some of the 550 employees now have to go back to short-time work – of all times, during the time of the year when it is usually the busiest. “This is an emergency stop,” says Hagner.

For Martin Kerner, who runs his outdoor shop “Basecamp” in Karlsruhe, the situation is threatening: “We and our people are very worried, our nerves are on edge,” he says. The online business is nowhere near the sales in the shop. There is no state aid that would really support him, the businessman complains.

There is no systematic approach to help

Economists are also criticizing the government’s previous corporate aid. These are not exactly targeted, says Gabriel Felbermayr, President of the Kiel Institute for Economic Research (IfW): “The result is that the aid often does not reach the companies at all or does not reach the appropriate amount and is sometimes too low and sometimes too high.” Contributing to the chaos is that politics “unsystematically jumps back and forth between very different models”.

Felbermayr and his colleague from Kiel, Stefan Kooths, have developed a model for corporate aid with the aim of getting away from solutions for individual industries or certain company sizes and addressing the actual impact.

It does not make sense to replace lost sales or fixed costs – rather, the decline in operating results should be applied, according to the concept that the Handelsblatt had in advance. Because: the more the operating result collapses, the more equity is attacked and the company’s resilience is weakened. In the crisis there could be discounts immediately, the tax return should be settled.

In any case, the situation is explosive. The SME Commissioner Bareiß predicts that the economy and the SME sector will have “a very hard time”. The lockdown message was “a disaster” for stationary retail, said the CDU politician. The Christmas business is the most important source of income. “If that fails now, it has dramatic consequences.” That must be clear to everyone. “Above all, fashion, textiles and other seasonal goods are now under high pressure.”

The trade association HDE does not expect a run on the shops. “In the grocery trade, we do not expect hamster purchases,” said HDE managing director Genth the Handelsblatt. “Customers have learned that the supply chains and the supply of the population work even under difficult conditions.”

In the case of Christmas gifts, however, there could be “increased customer traffic” in the next two days, Genth said. However, the dealers have proven in recent months that they have working hygiene concepts. “In addition, many customers have certainly already adjusted their planning for the impending lockdown in the last few days.”

More: With the exception of the shops for daily needs, the retail trade has to close by January 10th. There are now tougher regulations for Christmas too.

A taxi driver from O Barco returns 2,500 euros he found to his owner

Coronavirus, Conte and the semi-deserted Chamber: disinfectants everywhere and distant Members: “We did what we could, another 25 billion ready”

Remarkable statement from Imamoglu about death rates in Istanbul!

Feeling Free of Food Consumption Not a Cancer Trigger? Nutritionists Call the Potential for Obesity to Lead to Cancer 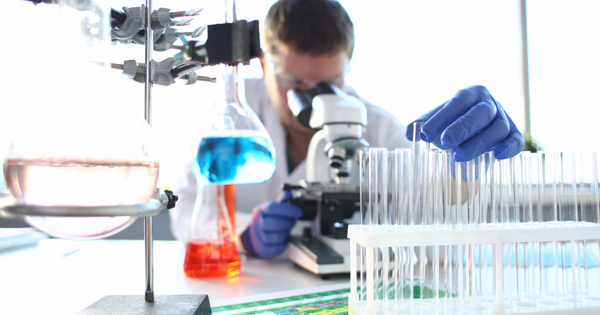