Two from Cordoba among the best in the National League: “Manu” Buendía and Sebastián González 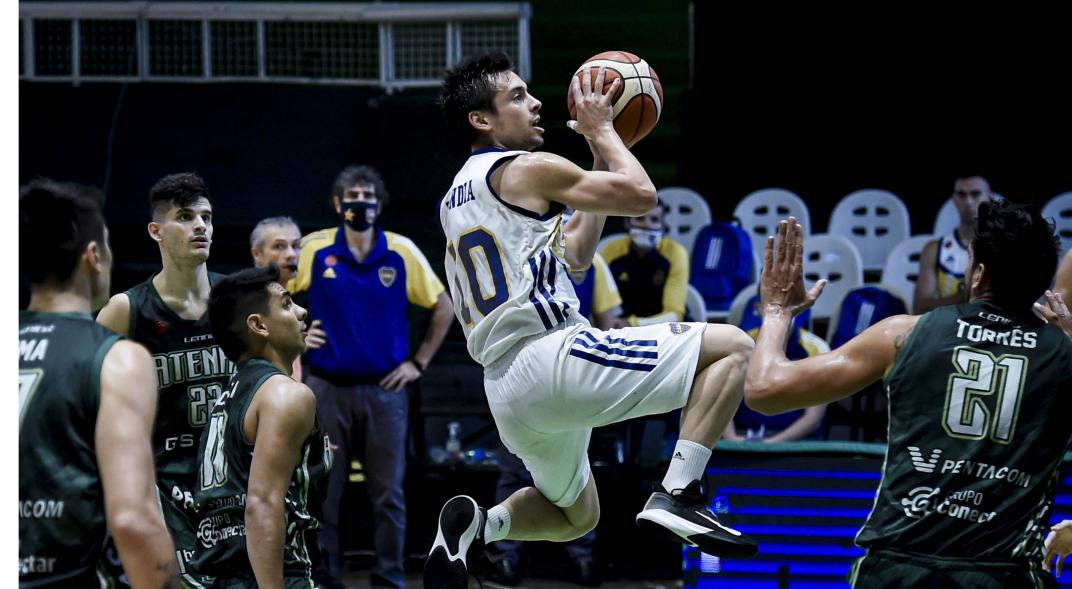 The National Basketball League awarded the outstanding players of the regular phase of the 2020/2021 season.

Two Cordobans stood out among those selected. One was the base of Boca Manuel Buendia he was chosen as the best sixth man. The other, the coach of Quimsa de Santiago del Estero, Sebastian Gonzalez.

The choice is made on the basis of specialized journalists.

The A seasoned Cordovan player received 29 votes and was a constant booster from the substitute bench on a team backed by his veterans.

With his lethal perimeter shot, “Manu” Buendía registered the seventh best percentage of three points in the League with 41.1 percent and averaged 10.1 points in addition to 2.4 rebounds and 2.6 assists.

“Seba” González made Quimsa the leader of the National League, and an undisputed protagonist at the local and international level. González was elected with 41 of the 68 votes. The Cordovan forged an unstoppable Quimsa who closed the season with number one and stands as the top candidate for the League title.

Sebastian Gonzalez. The Cordovan won the award for the best coach. (The league)

Second was Diego Vadell (8), who forged a wall in San Martín de Corrientess, and third was Lucas Victoriano (7), who led Regatas Corrientes to third place in the regular phase of the League.

Determinant on both sides of the court, the Obras player averaged 15.2 points, 6.6 rebounds and 4.9 assists per game. A formidable captain, despite his youth, he became a benchmark and mirror for his teammates. With 19 votes he was imposed as heir to the throne that Marcos Mata conquered in the 2018/2019 season.

Read Also:  Change the weather or flail yourself

It was a close vote to determine the MVP, a vote by vote that exposes the parity and talent that abounds in the League. Kelsey Barlow finished the campaign as the top scorer of the tournament with 18.1 points and added 15 votes to finish as on the second step of a podium completed by José Vildoza, the talented point guard from San Lorenzo (13), from Cordoba.

Fernando Zurbriggen also won the award for the most outstanding national player but it was not an easy task for the brand new MVP due to the threatening presence of José Vildoza. The difference was minimal in favor of the base of the Tachero (24 against 22 votes) in a heads-up that underpins the long tradition in an elite position in vernacular basketball.

He was also awarded as the best U23.

Kelsey Barlow, shooter for Hispano de Río Gallegos and scorer in the League, was awarded as the best foreigner in the competition. Barlow, who received 39 of the 68 votes, established himself as a relentless marksman and an almost indecipherable conundrum for rivals.

Matías Solanas, from San Martín de Corrientes, with an impressive evolution and averages of 13.4 points, 4.3 rebounds and 2.5 assists in addition to a remarkable 36.2% in triples, won the award for the player with the highest progress.

Franco Pennacchiotti, from Peñarol de Mar del Plata, with 2.05 meters and 30 years old, he went through all the promotion categories of national basketball until he won a place in the highest division after his fantastic stage at Villa Miter de Bahía Blanca in the Argentine League.

The top five were

Read Also:  Boca and River, out of the quarterfinals

While Fabricio Vito was the best referee of the season.