Twenty-three people in Norway died after being vaccinated, and the risk to the elderly is emerging | TechNews

Europe has launched vaccinations to control the COVID-19 epidemic. However, in Norway, 23 people died after the first dose of the vaccine. The authorities stated that the COVID-19 vaccine may be too risky for very old and terminally ill people.

Countries are evaluating the side effects of the COVID-19 vaccine, and Norway’s statement this time is the most cautious of European health authorities so far.

The Norwegian Institute of Public Health said in a statement: “For extremely weak people, even relatively minor vaccine side effects can have serious consequences; for those who may soon die, vaccines The benefits may be trivial or irrelevant.”

Norway’s advice does not mean that younger, healthier groups should not be vaccinated. Emer Cooke, Executive Director of the European Medicines Agency (EMA), once stated that once vaccination is fully promoted, tracking vaccine safety, especially vaccines that rely on new technologies such as messaging ribonucleic acid (mRNA), will be one of the biggest challenges. .

The supervisory authority stated in a report on January 14 that the Norwegian authorities are investigating 29 possible side effects, of which nearly ¾ are elderly people over 80 years old.

The local media Click2Houston in Houston reported that a doctor in South Florida passed away 2 weeks after vaccination. The Centers for Disease Control and Prevention (CDC) is clarifying the cause of death.

According to information from the Texas Department of Health, as of December 29 last year, 250,000 people in Texas had been vaccinated. During this period, 287 cases were notified to the CDC Vaccine Side Effects Notification System (VAERS), 11 of which were classified as serious The response included the death of an 84-year-old woman, a report of life-long paralysis, and other severe cases who were hospitalized for 1 to 4 days.

China’s “Global Times” reported that Chinese health experts called on Norway and other countries to suspend the use of Pfizer & BNT, Modena and other vaccines that use mRNA technology, especially for the elderly; a Chinese immunologist said that the use of mRNA technology The research and development of vaccines is too hasty, and has never been used for large-scale prevention of infectious diseases in the past, and the safety of large-scale human use has yet to be proven.

Yang Zhanqiu, a virologist at Wuhan University, said that if the deaths in Norway are confirmed to be caused by vaccines, it means that Pfizer vaccines and other vaccines that use mRNA technology are not as effective as expected. After all, mRNA vaccines are for treatment.

The principle of the mRNA vaccine is that after injection, the mRNA will teach the human body to recognize the spike protein of the new coronavirus, so that the body can produce neutralizing antibodies to stop the virus before infection.

However, Yang Zhanqiu said that during the reaction process of mRNA vaccines, toxic substances may be produced, so it is difficult to ensure absolute safety, and the inactivated vaccines currently used in China adopt more mature technologies and will not have such problems.

In an interview with the Global Times, a Beijing immunologist who did not want to be named said that the elderly should not be advised to receive any COVID vaccine, especially those over 80. China currently only administers vaccines for people between 18 and 59 years of age. The reason is that during clinical trials of the vaccine, there are relatively few data for people under 18 and over 60. (Image source: shutterstock)

New knowledge of science and technology, updated from time to time

Tales of Arise. New trailer for the Tales of Festival 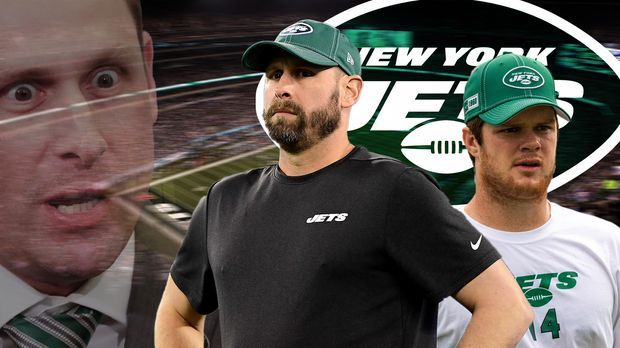 Why the New York Jets are holding onto Adam Gase