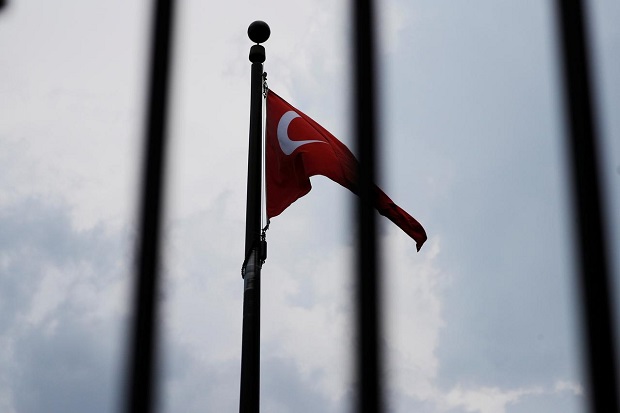 ANKARA – Turkeyalso criticized the Senate resolution French about Nagorno-Kabarakah. Ankara says the resolution which also calls on Azerbaijan to withdraw from the Nagorno-Karabakh region is ridiculous, biased and far from reality.

The French Senate passed a resolution calling on Paris to officially recognize the Nagorno-Karabakh Republic. Of the 306 members of the French Senate, 306 approved the resolution. (Also read: Turkey-US relations in the Biden Era may be much worse)

According to the resolution, the Senate called for the immediate withdrawal of Azerbaijani troops from the territory captured in the conflict since 27 September, carrying out an international investigation into war crimes and the use of banned weapons.

“The resolution adopted yesterday by the French Senate on the Upper Karabakh dispute is a case which ignores the most basic principles of international law, legitimacy and equality in the interests of domestic politics,” the Turkish Foreign Ministry said in a statement, as reported by Anadolu Agency on Thursday. (26/11/2020).

The ministry said given France’s position as co-chair in the OSCE Minsk group, the resolution was a clear indicator of why the group was unable to find a solution to the protracted conflict, as well as its bias on the issue.

Citing the aggression and provocation of the Armenian army which was shown first in the border area of ​​Tovuz and later in Upper Karabakh, Ankara said Azerbaijan was responding it needed and restoring its territorial integrity by liberating its territory which had been occupied for nearly 30 years.

“The victory of the Azerbaijan army on the ground is the” manifestation “of rights recorded in the Minsk process, in which France also co-chaired, but not realized. The relevant UN resolution ordered the immediate and unconditional withdrawal of Armenians from occupied Azerbaijan territory. , “he said.

“However, the call of the French Senate for Azerbaijan to withdraw from its own land, freed from occupation, is a manifestation of a ridiculous, biased and far from reality understanding that cannot be taken seriously. This decision is unreasonable, which cannot be explained with a plausible justification, and also limits France’s ability to contribute significantly to the solution of the problem, “he continued.

In its statement, the ministry defined France’s recent obsession with Turkey as not surprising, but also thought provoking. (Also read: Turkey sends troops to Nagorno-Karabakh)

They then asked France to adopt an objective and unbiased perception of Turkey’s actions in the surrounding region while refraining from making grossly erroneous references to history or irrelevant issues for the sake of bilateral relations.