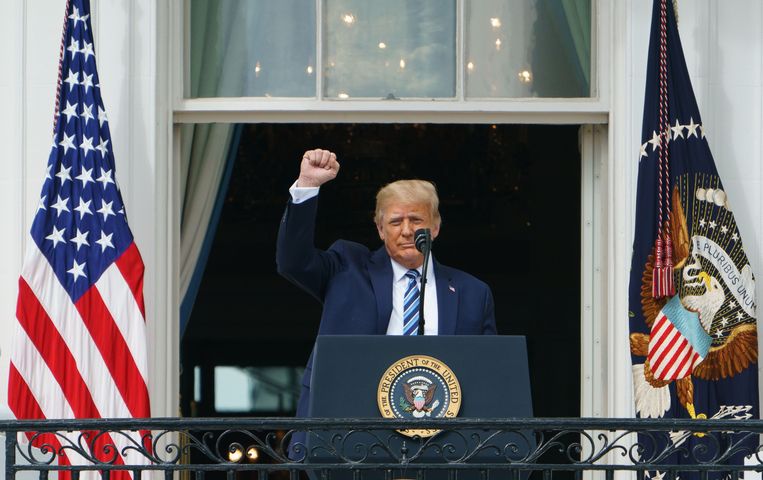 Trump said he felt great. On Monday he was able to leave the hospital where he had been admitted more than a week ago. However, it is not clear whether the president is still contagious. While his performance was not announced as an election rally, Republican Trump did go against his opponents, the Democrats.

Trump is eager to campaign again less than a month before the election. He also wants to address people at an airport in Florida on Monday. He is also going to Iowa and Pennsylvania next week, according to his campaign team.

The White House Garden event violates United States corona rules. According to the guidelines of the public health institute CDC, he must remain in isolation for at least 10 days after the start of his complaints and be free of complaints for 24 hours before he is allowed to go out again. Given that Trump got his first symptoms of illness on Thursday, Oct. 1, the CDC said he will be able to go out safely on Monday, Oct. 12 at the earliest.

In addition, it is illegal to hold meetings with more than 50 people in the capital Washington. However, the White House stands on federal government land and is therefore not covered by those rules.

A previous large public meeting at the White House was widely criticized. Trump then announced that he is proposing Amy Coney Barrett as Chief Justice candidate. His guests barely wore masks, kept their distance and hugged each other. Several attendees later tested positive for the virus.

Barack Obama campaigns for Biden and lashes out at Tru …