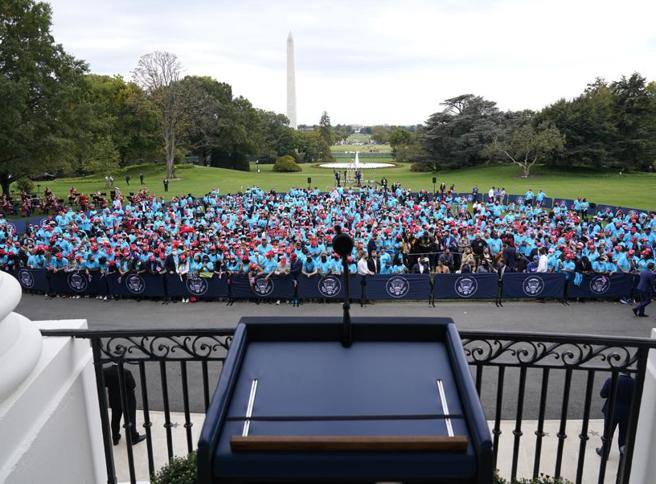 His team of doctors has not officially dissolved the prognosis and above all has not clarified if Trump still tests positive for Covid-19. The American leader immediately tries to dispel the doubts: “First of all, I wanted to tell you that I feel great, how are you?”. The most important thing now is to be seen; submit to the scrutiny of the cameras; show themselves in full force and able to govern the country.

Of course, for Americans it would be essential to verify that this message is consistent with the information contained in his medical record.

They arrived to listen to him maybe five hundred fans. All in blue T-shirts and with the red “Make America Great Again” hat. They were invited by two African-American activists, two decisively rising figures in the Trumpian clan. I’m the ex-cop Brandon Tatum, 33, and 31 years old Candace Owens, promoters of the Blexit Foundation and animators of the “black conservative” movement on the PragerU Youtube channel.

The audience, in this case, is a fundamental detail. According to polls, Trump is in clear trouble, however you look at the numbers: nationally; in the states in the balance; among women; among minorities. How to attempt recovery? Returning to the center of attention and trying to dictate the agenda of the political confrontation.

Here then is that Trump re-proposes the most consolidated themes of his repertoire: doctrine «Law and order», that is, full support for the police and a hard line against riots and devastation; the danger of America being destroyed “by socialism or even from something beyond socialism ”; the promise of one new health reform, which also protects those with previous illnesses.

From now on, the president will try to segment the audience. The advisors and strategists of the White House know that the hopes of victory are linked to the conquest of heavy votes in the Swing States, for example small shares of the African American and Latin consensus, to be wrested from the block marching towards Joe Biden. Trump’s propaganda needs characters like young Candace and Brandon to break through hostile territory. Perhaps some more ideas would also be needed, with respect to the slogans repeated yesterday from the terrace of the White House: “I have done more for African Americans and Latinos than any other president of the United States since Lincoln.”

The great unknown of the Covid. Also yesterday Trump, like many of his guests, showed up without a mask. A real fixation.

The New York Times revealed that last month il Centers for Disease Control and Prevention, the federal health authority, had recommended impose on all states the obligation to protect their nose and mouth on public transport, trains, airplanes, subways, buses. But the White House had ruled out this possibility, despite the trend of infections and deaths continued to rise.

Now the total of positive exceeded 7.6 million, with 214 thousand victims. The president has given up on defending his handling of the pandemic. Instead, he broadened with promises: “This virus is destined to disappear soon. We are defeating him with these formidable cures. We will also have the vaccines shortly, very soon ».

From Monday, according to the election campaign, Trump returns to the territory, with a rally in the Sanford hangar, near Orlando, Florida. Then Tuesday the 13th in Pennsylvania and the 14th in Iowa.

On the other hand, Biden collects the support of Greta Thunberg. The young environmental activist tweets: «Vote for Biden. The American elections are above and beyond everything ». 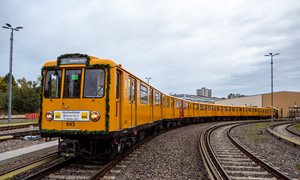 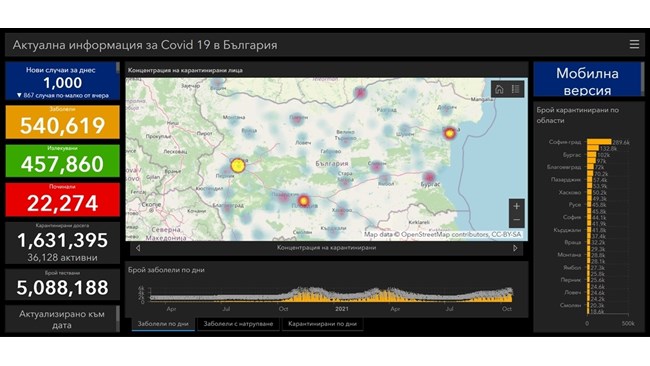 Seoane: “The first half was brutal”