Tribute to the Czechs! At the Hockey World Championships in Riga, they will break the record from the domestic championship 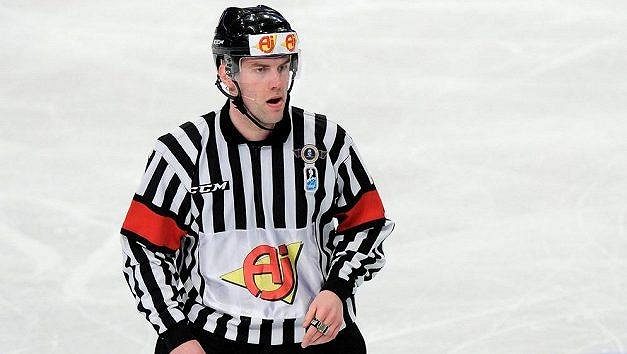 The Czech Republic had the same number of representatives at the top tournament only in 2015, when they hosted the Prague and Ostrava World Championships. This year, four representatives in the Latvian capital will be Finland, Russia and Sweden, two each: Belarus, Denmark, Canada, Latvia, Germany, Austria, Slovakia, Switzerland and the USA, and one from France.

“We value all nominations very much, because they confirm the long-term high level and credit of our referees,” said Vladimír Šindler, chairman of the referee committee of the Czech Ice Hockey Association.

The IIHF has nominated 36 referees and linesmen from 14 different countries for the @2021IIHFWorlds. Check out who made it: https://t.co/EQp6JSre8n #IIHFWorlds #hockey #icehockey

Antonín Jeřábek, who will take part in the eighth world championship, has the most experience from the nominated Czech judges. He decided the finals three times and twice missed the Olympic tournament.

Martin Fraňo, who works in the KHL, will travel to the World Championships for the sixth time, and Jiří Ondráček, who made his debut in 2019 in Slovakia, will travel for the second time. Robin Šír, who was nominated for last year’s canceled championship in Switzerland, with line judge Daniel Hynek, will claim their first participation.

“Due to the pandemic and the limitations of international contact, we nominated mainly European judges, while the recent Junior Championship was won by the Canadian ones. The selection was also made with regard to the next Olympics, because there will not be many other ways to test the performance of the referees at the top event, “said Pavel Halas, a member of the International Hockey Federation (IIHF) referee committee.

The novelty is that the referees will be divided into six-member groups for the delegations for the matches and preparation at the championship venue. With this measure, the IIHF wants to minimize the risks of spreading the disease, while cooperation in permanent groups will also contribute to better coordination and more uniform interpretation of the rules.