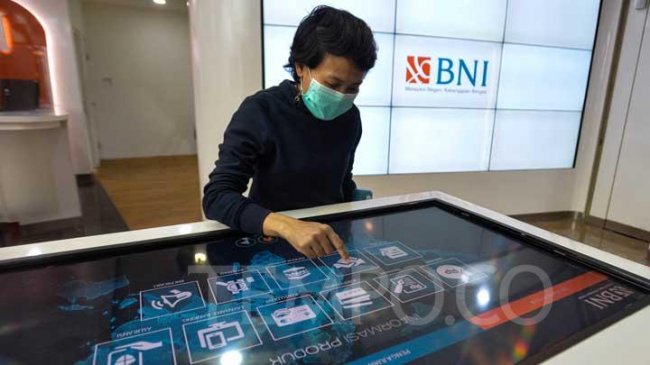 TEMPO.CO, Jakarta – Cases of alleged forgery of bill of lading deposit PT Bank Negara Indonesia (Persero) Tbk customers in Makassar, South Sulawesi, is still running. BNI said that one of their employees at the Makassar branch office, namely MBS, has now been named a suspect in this case.

Tempo summarizes the course of this case since the incident in February 2021, which is summarized from the statements of a number of parties involved. Here’s the explanation:

Initially, a businessman from South Sulawesi, Andi Idris Manggabarani, failed to withdraw his deposit funds in his bank account BNI Makassar branch worth Rp 45 billion. He wanted to disburse the funds for business purposes.

Andi’s attorney, Syamsul Kamar, said that this was not the first withdrawal. Previously, Andi had also withdrawn a deposit of Rp 30 billion at the same bank.

But at that time, Andi only received Rp. 25 billion. “The reason (BNI) is because it is still being processed,” said Syamsul when contacted by Tempo on Saturday, September 11, 2021.

However, Andi still does not suspect that his other Rp 45 billion deposit is missing. Because, he still receives reports on receipt of deposit interest every month.

But it turned out that during the disbursement in February 2021, he failed to withdraw the Rp 45 billion. BNI Makassar branch, said Syamsul, argued that the deposit slips held by customers were not registered in their system.

At the end of the mediation, Andi received a letter from BNI’s attorney. The explanation in the letter remains the same: billet Andi’s deposit was not recorded in the BNI system.

At the same time, several people from the central BNI immediately went to the Makassar branch office to inquire about this deposit case. This was revealed in a summons from the Criminal Investigation Unit of the Police to Andi as a witness, which was sent on June 14, 2021.

However, the nominal deposit asked by the central bank turned out to be higher, at Rp 110 billion from 9 bilyets. The case is the same, the bilyet is not recorded in the Makassar branch of the BNI system.

According to Syamsul, BNI reported a total of Rp 110 billion to the Criminal Investigation Department because there were other victims. Apart from Andi, there are Hendrik and Heng Pao Tek with a deposit slip of Rp 20.1 billion, and husband and wife Rocky and Annawaty, with a deposit card of Rp 50 billion.

From these names, the Heng Pao Tek case has already appeared to the public and the media. Heng admitted that he had lost a deposit of Rp 20.1 billion and had sued the Makassar branch of BNI to the Makassar District Court. This case has gone to court with case number: 170/Pdt.G/2021/PN Mks

Currently, the case is still pending in court. Like Syamsul, lawyers for Heng Pao Tek and Hendrik, Wilson Imanuella, once said that the total missing funds was Rp. 110 billion.

“There are other customers who also experienced the same case,” said Wilson when he received information from the investigation team at the National Police Headquarters, to Tempo on June 18, 2021.

Tempo confirmed to BNI whether the Rp 110 billion report involved the three groups of victims (Andi Idris, Heng Pao Tek and Hendrik, and Rocky and Annawaty). BNI did not provide an explanation about this. BNI, through its attorney, Ronny LD Janis, only confirmed that they had reported to the Criminal Investigation Unit of the National Police on April 1, 2021.