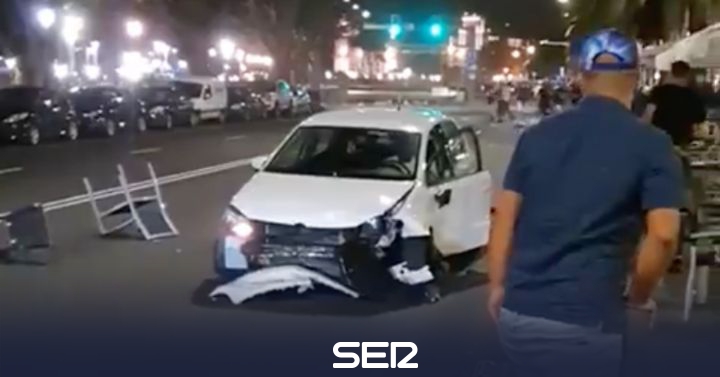 This Saturday several traffic accidents left a negative balance on the island of Tenerife. The most serious event occurred in La Orotava. Two women and a man, who was driving a motorcycle, have died as a result of an accident that occurred when a motorcycle ran over two pedestrians. The Emergency and Security Coordination Center 112 of the Government of the Canary Islands has reported that the deceased are a 40-year-old man, and two women, one 61 years old and the other whose age is unknown. The accident occurred around 1:19 p.m. on the Camino El Pino, a place where people from the Canary Islands Emergency Service (SUC) went and where the three people died.

In Santa Cruz de Tenerife shortly after 11 o’clock at night, a vehicle driving in the opposite direction ran over several tables on a terrace on Avenida Francisco La Roche. As reported by the Local Police on their Twitter account there is a less serious woman, three other minor injuries and two men who were assisted at the scene by health resources. The driver gave a positive breathalyzer test, with a rate of 1.38 mg / l, and was transferred to a health center before his arrest for a possible crime against road safety.

Also yesterday afternoon, a 34-year-old woman was moderately injured when she was hit by a vehicle on José Antonio Tavío Avenue, in the municipality of Arona.