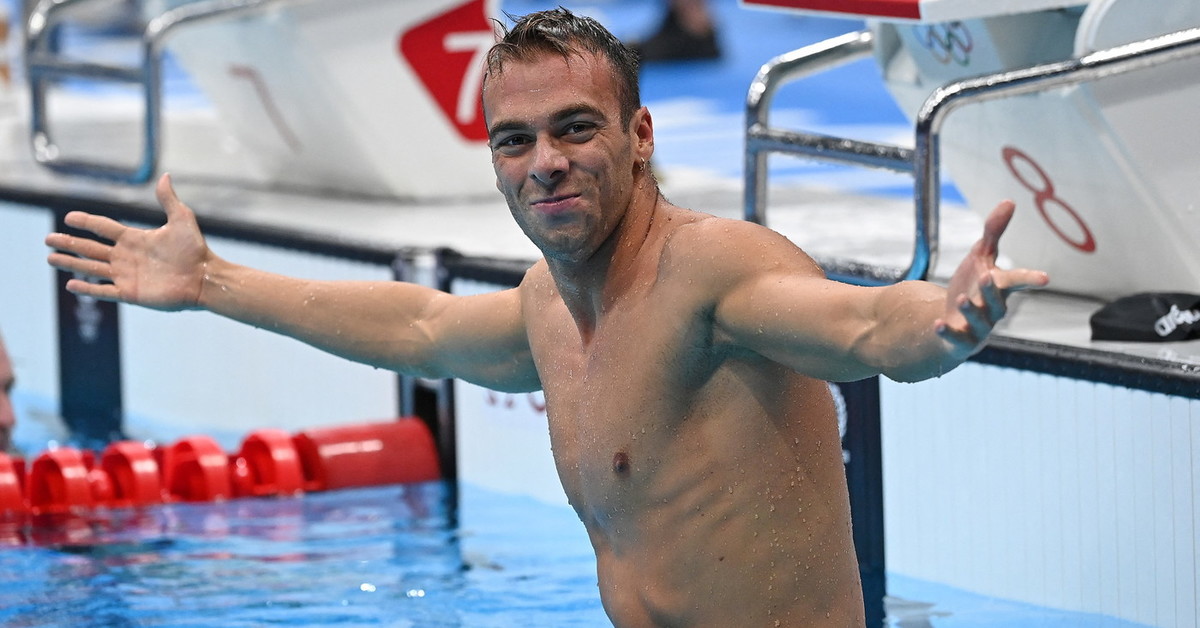 The Olympic champion in the 1500s in Rio finds an incredible second place in the 800 freestyle. Gold to the American Finke

Sumptuous performance of Gregorio Paltrinieri at the Tokyo Olympics. The Italian swimmer takes silver in the 800 freestyle with class and determination, winning a medal on which it would have been very difficult to bet just a few days ago due to the problems that conditioned his approach to the Olympic appointment. Gold medal for the US Robert Finke, bronze to the Ukrainian Romanchuk.

The most beautiful surprise of the Tokyo Olympics bears the name of Gregorio Paltrinieri. The Rio 2016 Olympic champion in the 1500 freestyle accomplishes a real feat, climbing on the podium of the 800 freestyle. The blue, arrived in Japan with a precarious physical condition due to a form of mononucleosis, takes a well-deserved silver, which not even he would have bet on shortly before departure. More than the form, the character of a champion makes the difference in the waters of the Olympic event, in which one must surrender (slightly) only to the American Robert Finke, who stops the clock in 7’41 ”87: just 24 cents better than the Italian.

Ready go, Paltrinieri he starts immediately with determination and turns first at 50 meters, with Costa and Finke just behind. In lane eight, Greg decides to run with his usual aggressive race behavior, while the favorites in the middle of the pool play tacticism. At 250 meters the Italian has almost two seconds of margin on Wellbrock and Romanchuk, who begin to sense the danger and increase the pace. Around 500 meters, Paltrinieri’s action seems to be losing brilliance, so much so that his opponents are getting closer and closer. 100 meters from the finish, the Italian is still in front, but with the breath on the neck of all rivals. While a foregone conclusion seems to be looming for the premises of the last few months, namely the exclusion from the podium, Paltrinieri reacts with pride and class, finding the last energies to remain in the fight for the podium in a hard-fought final: the blue is up to just 24 cents from Finke and it’s silver, ahead of the Ukrainian Mychajlo Romanchuk. Off the podium the German Wellbrock, also less than a second behind the winner of the day. It is the confirmation of a close battle between the best in the world, in which even a surprising Paltrinieri was able to participate. For him this is the second Olympic medal, after gold in the 1500 freestyle in Rio 2016. This, perhaps, has an even more special flavor.

PALTRINIERI: “IT’S A MIRACLE”
“To say that what I did today is a miracle is little: I took a silver with my heart”, Paltrinieri’s hot comment after the silver. “After the mononucleosis I was afraid of everything – the blue told RaiSport – I was a God, I won everything, I had to stop for a month and start again from below. A dear friend of mine wrote to me last night: these finals are made with the heart, not with the head. I followed his advice. ” And again: “I found my feelings again: I came here to do three races, after the 800, 1500 and 10 kilometers, and now I’m on the right track. Today I’m another Greg compared to the one who couldn’t find himself in training. – says the blue to RaiSport – I need a foothold, and instead in recent months I no longer felt like a superhero. But today I swam in a different way: it will be difficult, especially in the 1,500, but now I’m here “.