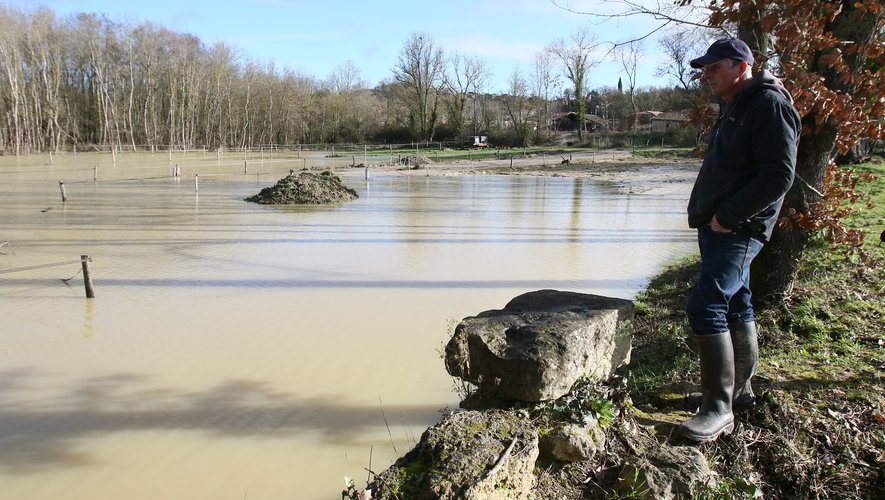 the essential
The Météo France organization maintains this Thursday, December 31, three departments in orange vigilance for floods and floods. Precipitation is expected on the spot, slowing the recession of certain rivers. To the east of the Gers, already heavily impacted by the floods, the Gimone is even likely to see its level rise.

On site, the area was strongly impacted by the particularly heavy rainfall from storm Bella: many rivers flooded, especially in the Gers. During the night of Wednesday, December 30 to Thursday, December 31, the rain slowed down the recession that began in some basins.

This is particularly the case with Gélise or even Osse which flooded the village of Vic-Fezensac (Gers). The Baïse and the Gers river are also concerned: “A new disturbance is expected […] in the day of Thursday bringing new rains. This precipitation could slow down the recession but should not generate new rises “, informs the organization Vigicrues, at least for these first rivers.

Read also :
The Gers and Albret still under water

On the outskirts of Gimone, east of the Gers, the levels will even go as far as increasing this Thursday: “By propagation of the upstream flood, they could approach higher levels. The maximum is expected during the day of Thursday” , continues the organization.

With the exception of the Twelve, in Cazaubon, and the Gimone, all the rivers began to recede on Wednesday. This is particularly the case of the Osse, which caused significant damage in Vic-Fezensac.

“If the water is withdrawn sufficiently, we can start cleaning this Thursday at the end of the morning,” said the mayor of Vic, Barbara Neto. The Gers SDIS plans to reinstall an forward command post in the morning in Vic where Auch firefighters will come as reinforcements to dry up the buildings most affected.