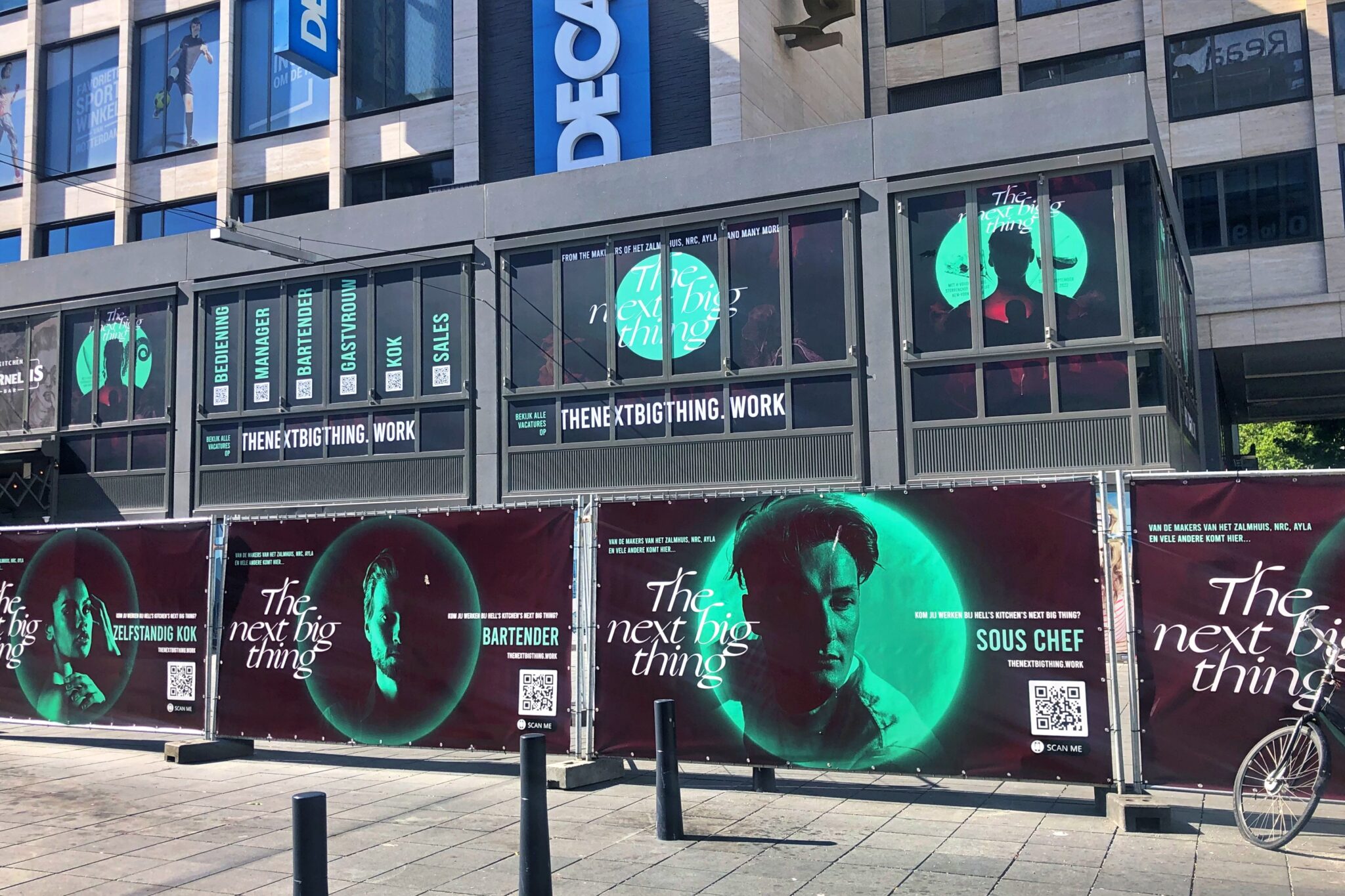 If you walked the Coolsingel this week, you may have spotted the fences and window tickets. ‘The Next Big Thing’ hangs around the building directly opposite the City Hall. What’s coming? A gigantic catering business with a star chef from New York.

Say what?! Yes, you read that right. Horecaman Herman Hell, known from Zalmhuis, NRC, Sijf and Van Zanten, among others, comes here with his very latest toko. Of no less than 910 square meters.

That will literally be a big challenge, because how are you going to fill such a huge building? We spoke to Cristèl Klandermans of communication agency Today’s Specials, who was allowed to reveal a few things. “It will be a day and night shop where you can go for breakfast, lunch, dinner and cocktails. Herman and his team have found inspiration all over Europe: from London to Berlin, Paris and Barcelona. In the new hotspot you will encounter highlights from all over the world, both in the kitchen and in the interior.” Herman promises that the food will be of good quality. “He’s recruited a New York star chef to run the kitchen.”

‘The Next Big Thing’ is the working title of the new catering business, which will soon have several floors and a terrace. The real name is not yet known and the renovation is in full swing. “We hope to open in October.” One thing is certain: the opening will be huge. “We are going to do a five-day opening week with all kinds of cool events.”

So have a little patience. As soon as more is known, you will of course read it with us. And until then, you can try one of these new things. Do you like working here? There are currently all vacancies for the new restaurant.