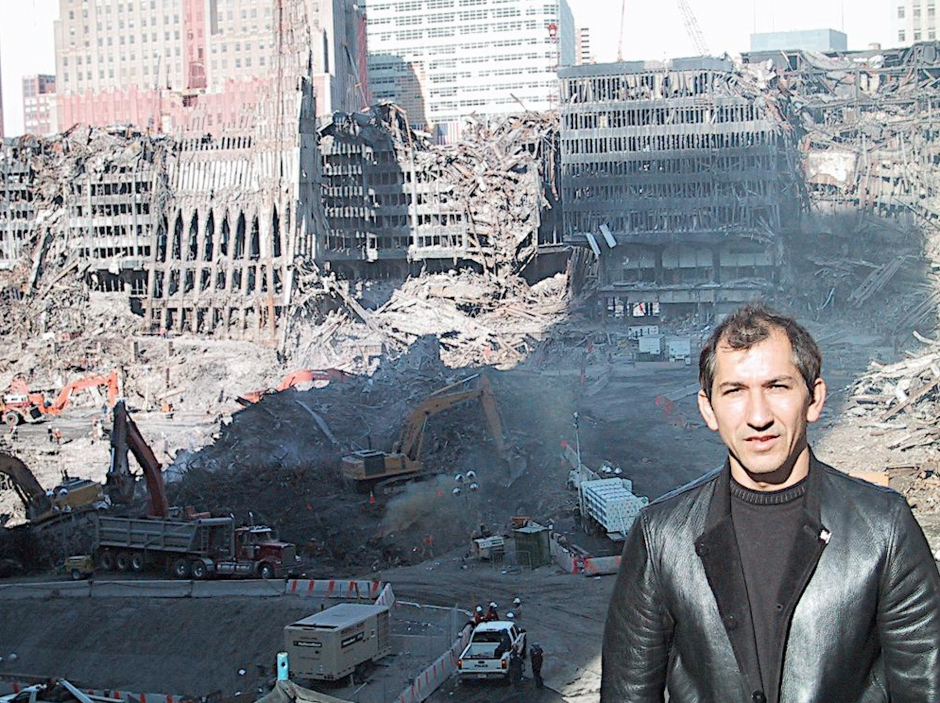 Pascal Di Noia, in 2001, in front of the rubble of the World Trade Center. He lived nearby. Photo DR

Messin expatriated in the United States since 1984, Pascal Di Noia, then aged 42, lived, with his ex-wife and their two young children, less than a hundred meters from the twin towers destroyed in the attack. terrorist of September 11, 2001. Twenty years later, he still lives in New York. And remembers.

It is a storm of explosions and chaos, “thousands of people running through the streets like a herd of zebus being chased by a lion”. It is a deluge of noise and panic such as exists in countries devastated by armed conflicts. It is misunderstanding. The fear that pierces the belly, the immensity of dust that covers everything, sky and horizon, skin, clothes, and even the slightest word. These are, also, two hearts that tremble in unison: a tiny one, that of Eva, then aged 3, bumping and bouncing at full speed against that of the father, Pascal Di Noia. He squeezes her relentlessly, suffocating her. Come, get closer … It’s an ordinary morning of a banal September 11, “a magnificent day”, azure blue above the skulls and the promising sun of an Indian summer that has left to settle in, then dread the most complete, the astonishment, the death and its smell, two planes which embed themselves a few minutes apart in the twin towers, New York struck in its entrails, and with it the dumbfounded planet, these are scenes of war Broadcast live on TVs around the world, streets are scared, innocent people dying for real *, and in the middle, dazed in this eternity of desolation, a father and his daughter, who fled in Liberty Park and found refuge in the fork of a tree, by reflex, by instinct of survival, a father and his daughter caught in the deadly jaws of the biggest terrorist offensive in history, a father and his daughter, all is said , we represent the scene, no need to elaborate.

Hello the cliché: Pascal Di Noia had moved to New York in the mid-1980s, in pursuit of what then fueled the American dream. Beyond the myth, a reality. He was 24 years old, his head full of projects, even more desires. He, the kid originally from Roncourt, on the borders of the Moselle, had become agitated and prosperous after reading the bestseller Think and become rich, which has sold more than 60 million copies by its author, the American Napoleon Hill, a pioneer in the field of personal development applied to publishing. “A tilt in my head,” he recalls. Successful. Our man, to put it mildly, is at the origin of the first restaurant reservation center by telephone. Has never strayed from his favorite sector: “Hospitality”, in VOST.

In the 2000s, he inaugurated a restaurant, Elysée, the aptly named. Even today, at 62, he works as a consultant for hotels and restaurants. Swarms of ideas. For a while, the tireless entrepreneur that he is worked on aromatherapy applied to hotel linen. He calls himself an “epicurean”, a follower of “conviviality”, the cardinal value of a certain heritage, of a certain French culture, with him exported. Nothing took him away from what he was. Of what he is. September 11 has passed, it’s been twenty years, we would be lying to pretend that he thinks about it every day, every morning that wakes up – himself denies: “I did not chase the memory, no. But the point is, I experienced this reality, and it was surreal. The point is, too, that 9/11 took everything with it. Behind him. There was the front. There is the after. Two decades later, he hasn’t forgotten anything. 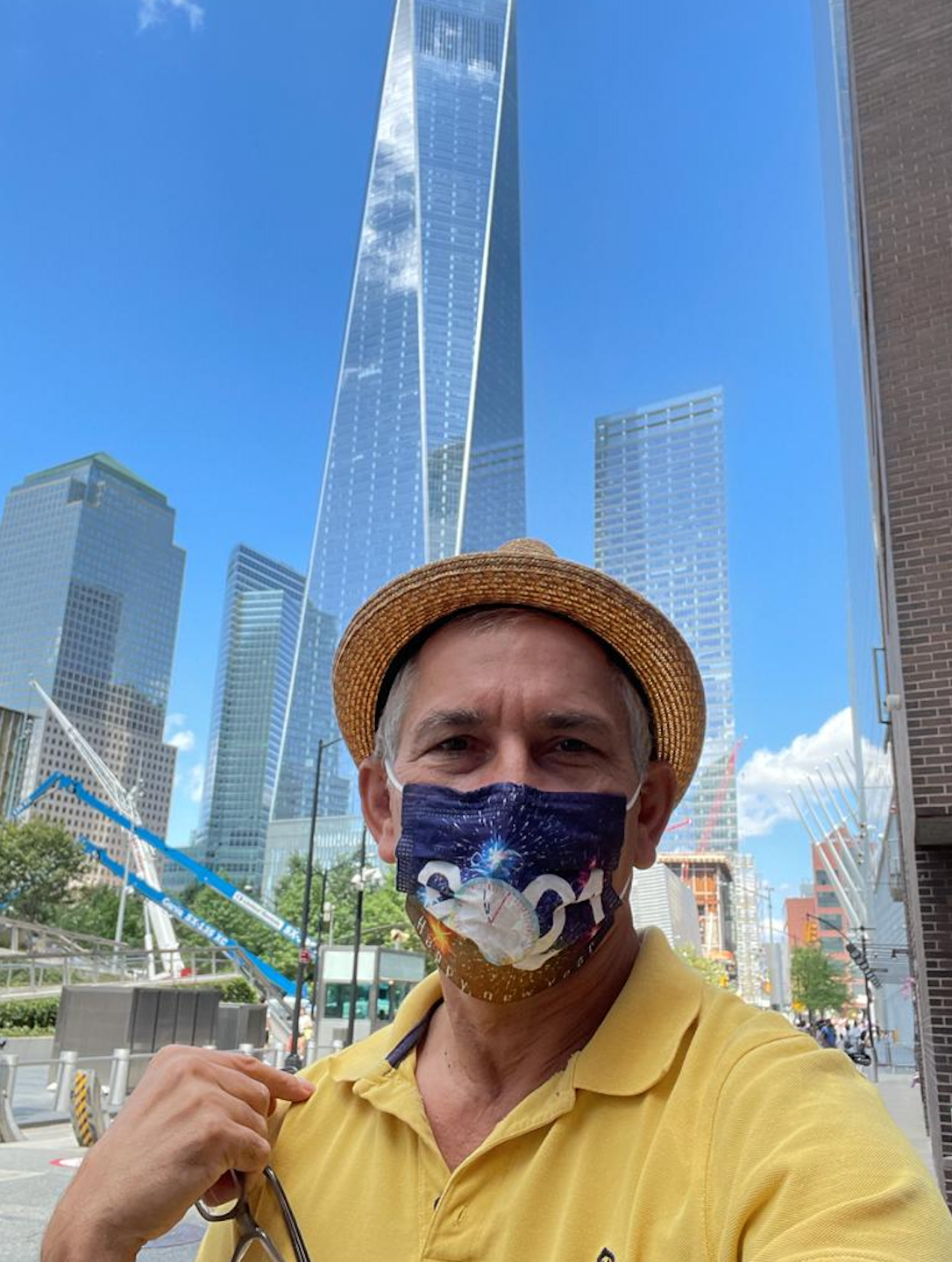 Nathalie, Pascal, and their two children, Éva (3 years old) and Jordan (7 years old), then lived in Cedar Street, less than a hundred meters from the twin towers, in an apartment erected “at the top of the building”. They had moved in a month earlier, after returning from a stay in France. “We were still in the boxes. The new school year is here on September 11, 2001. Pascal Di Noia has planned to drop little Eva in kindergarten, or its New York equivalent. For her part, Nathalie must drive Jordan to public school. Blue sky, as we have said. And then … And then the world that crumbles. In front of their eyes. At their feet. “Their” world that is toppling over. “I found myself in the street with charcoals already falling from the building impacted by the first plane. »Eva in her arms, he goes to the basements of the building occupied by the Di Noia family. “But in this cellar, I experienced a feeling of unease. The father decides to go back to the open air. Direction the district of Battery Park City, in the southwest of Manhattan. “I wanted to get closer to my car. “

He remembers reaching the lawns of the Jewish Museum, then under construction. “A doorman came out and said to me, ‘This is sacred ground here, you shouldn’t stay here.’ Around him, police and firefighters everywhere. Howling sirens, howling walkie-talkies. “This is an attack! The sentence still echoes against the walls of his memory. “The first tower was right in front of me …” The rest is unspeakable. A cavalcade. “I moved away to the south of the island, and that’s where the second attack happened. I saw the plane fly overhead. Everything is mixed up. Everything is confused. Black. Sticky. “Deep down, we have an unconscious prayer. Eva is with him. Éva… “We say to ourselves that we are living our last hour. »Eva … And then the seconds weigh lead. Each passing moment tastes of metal, a disgusting taste. “It’s Hollywood. An extraordinary explosion of flames and noise. He catches his breath: “And a moment of lucidity too: to flee.” “

“A house of cards”

What he is working on, Eva at arm’s length. Dazed, disoriented, of course. But animated by an “animal instinct”: “We must never neglect the power of the human being and the capacity of the brain to record information. Fear gives you wings. So he flies. It’s a picture isn’t it. He no longer touches the ground, he does not understand everything. In his mind, there is only Eva. Its three years. In his field of vision, that tree over there. His fork. Their refuge. He only has a towel and a bottle of water “given to me by a businessman” to protect them and reassure her. He’s on a mission. He no longer belongs to himself. Time stretches out. How long does a nightmare last? “Nobody knew what to do. “A storm of dust thunders above them,” the first tower had just collapsed like a house of cards. »Will he ever be blue here below? 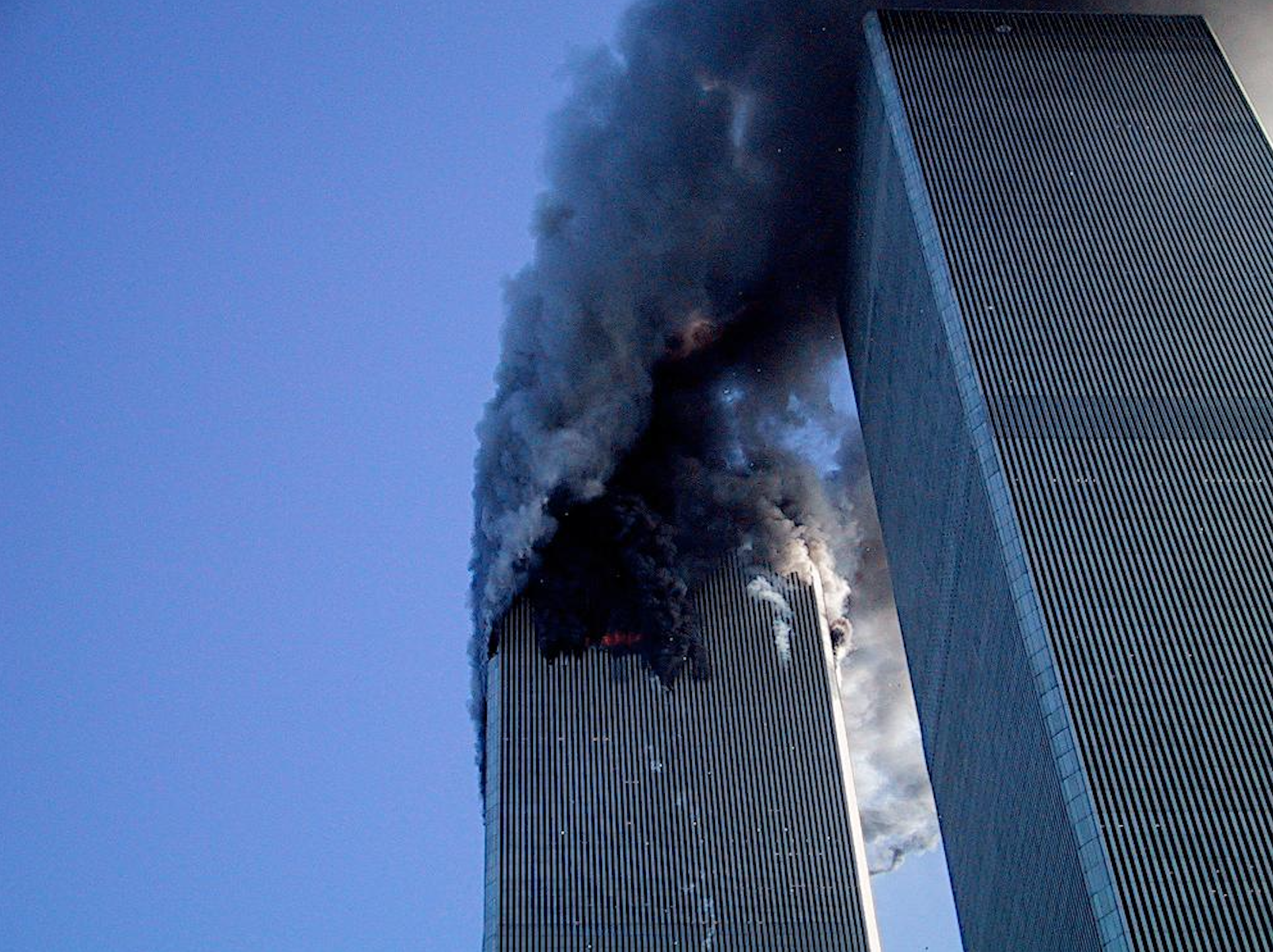 Further, later, it is the black hole of questions. And the lack of answers. Nathalie, his wife? Jordan, his son? “I didn’t know anything at all. »The evacuation is in the direction of 14th Street. Pascal Di Noia takes over the management of Soho. Distribute the phone calls. “I called several people, to no avail. Eventually succeeds in joining the school where Jordan is educated. The students were directed to another, safer public school it seems – but are we sure of anything. The reunion will take place in a brewery in Soho. Where the couple and their two children, safe and sound, will learn that they have lost everything: their apartment has been blown up. “We finally realized …”

In a report from France 2 shot some time after the attacks by a team dispatched to the site, we see Pascal Di Noia back in the gaunt family home, in the middle of the rubble. “But it was just hardware. Nothing compared to psychological injuries. It’s time for emergency solutions. Resourcefulness. Survival, again. During the first interview, “the French consulate told us: ‘We can give you a psychologist’s card'”. Without further support to his words. It will be necessary to wait six days and the trip to New York of Jacques Chirac, on September 17, before things move. “He moved heaven and earth. For several weeks, the Di Noia wandered from drop-off point to drop-off point within the disfigured city. “We lived for a few days in a hotel and with locals, especially in Central Park, hosted by a lady who was a member of an association. New Yorkers were very united, very united. The work of resilience could begin. “After a month and a half or two, we found an apartment, with the help of the Red Cross and local charities. Who did more than give us a card with a psychologist’s number… ”Leave New York? “I thought about it right away. But immediately I thought that we had to resist panic and fear. My children were born here. They had to follow their destiny. “

Pascal and Nathalie Di Noia divorced in the wake of the attacks. “2002, 2003, things were going badly…” Pascal himself “rebuilt himself in [se]throwing in the work ”. Élysée, the restaurant he founded, was that: “A work of restoration”, in the literal sense. He retains from the turmoil he has passed through a faith in existence that has changed forever: “What matters in life when you can lose it at any moment?” It’s about really living it, not staying locked in things over which you have no control. “He dares to draw a parallel with the Covid-19, for what the pandemic peddles inevitably. In turn, Jordan and Eva have adopted this path of truth. At 27, the first is the manager and butler of the Balthazar, named “the most trendy brewery in New York” by the no less trendy magazine Vanity Fair. As for Éva, 23, she joined the New York fire department. “She developed this vocation intuitively, I am convinced of it. Wrapped in her father’s arms, to the sound of sirens, September 11, in the dark morning sky. 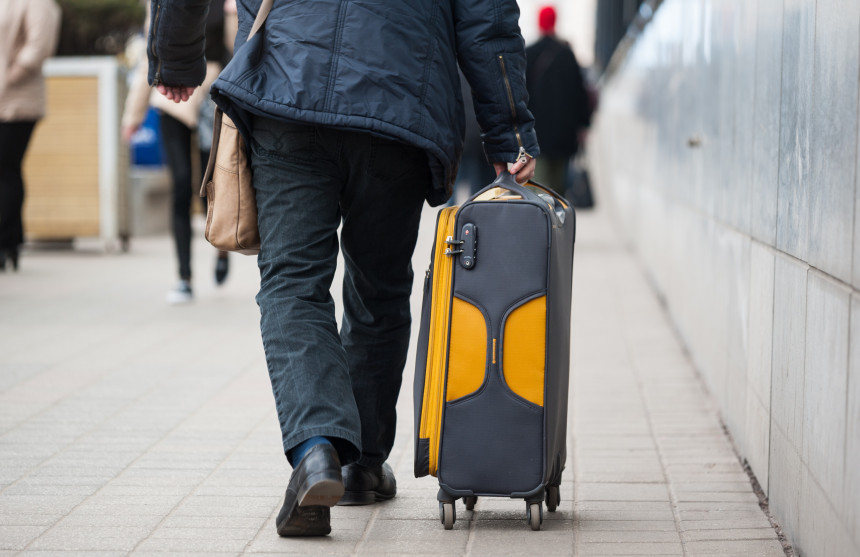 Are You Diabetic? These 3 Foods Are Effective in Lowering Blood Sugar – FAJAR