The Financial Intelligence Unit (FIU) reported to the Office of the Attorney General of the Republic (FGR) a Jorge Luis Lavalle Maury, former PAN senator, for operations with resources of illicit origin (money laundering).

Ministerial sources confirmed THE UNIVERSAL that the UIF complaint was filed with the FGR’s Special Prosecutor for Combating Corruption, headed by Luz Maria Mijangos.

This, after the unit headed by Santiago Nieto Castillo detected unusual movements in the bank accounts of PAN Lavalle Maury, as transfers for 20 million pesos to accounts in the United States, which does not correspond to his income as a public official.

In addition, various cash deposits were registered to the accounts of the former legislator for 40 million pesos during his term as senator of the Republic.

The complaint was filed on October 13, 2020 and despite this, the former senator’s bank accounts are not frozen.

Lavalle Maury is one of the 70 names that Emilio Lozoya, former director of Mexican oilHe mentioned in his complaint filed with the FGR in August 2020 against various former officials and servers for acts of corruption.

Specifically, the former director of Pemex pointed to Lavalle Maury as part of the group of PAN legislators who extorted him to give his vote in favor of the structural reforms promoted during the administration of Enrique Peña Nieto.

“At the request of [Luis] Videgaray Case, from whom I received instructions, I received on several occasions opposition legislators whose demands amounted, at first, to up to 50 million dollars to give their vote in favor of the energy reform, ”said Lozoya.

“The designated legislators had a very aggressive attitude, since they even threatened to boycott the energy reform if they did not receive their bribes,” he accused.

Before Lozoya Austin presented his complaint, a video circulated on social networks in which Rafael Caraveo, right arm and operator of Lavalle Maury, receiving bundles of money in suitcases that supposedly constitute the bribes referred by the former director of Pemex to approve the energy reform.

After the dissemination of these images, Lavalle Maury, who was expelled from the PAN Two years ago, he disassociated himself from Caraveo’s activities and claimed to be innocent.

As soon as Lozoya Austin’s complaint was released, the former senator stated that he was already preparing his defense against the accusations of the former Pemex CEO.

“As I reported from the first moment that various accusations against me were made public, Mr. Emilio Lozoya [Austin] Lies, “he said in a statement.

“I am at home with my family and advisers preparing my defense,” he said.

Since last September, the UIF announced that as a result of the complaint filed by Lozoya Austin, it began to review the finances of the 70 people mentioned by the former director of Pemex and promised to deliver the information collected to the FGR or, where appropriate, to file the corresponding complaints, which happened last October with the action against Lavalle Maury.

Still last December, Lavalle Maury affirmed that his patrimony is totally legal and reiterated that he did not receive money from bribes: “It is absurd to suppose that I received some kind of perk or bribe in exchange for my vote, which also passed through the majority of 127 other senators, 500 deputies and the approval of local Congresses,” he said through his account of Twitter.

Last week, the FGR announced that in these days it will prosecute the investigation folder that began with the Lozoya complaint, currently linked to a process by the Odebrecht and Agro Nitrogenized cases.

However, the prosecution did not specify against whom it has already gathered enough evidence to initiate criminal proceedings and for what crimes and so far it has not reported more on the subject.

The complaint also mentions the former presidents Enrique Peña Nieto, Felipe Calderon Hinojosa and Carlos Salinas de Gortari as partners in a corruption network in the federal government that involves them in both the Odebrecht and Agro Nitrogenados cases.

With his accusations and the delivery of information and evidence, Lozoya Austin seeks that the FGR grant him a criterion of opportunity, a legal figure that allows, in exchange for collaborating with the authorities, that the agent of the Public Ministry desists from criminally accusing a person.

Keisuke Honda discovers video leak and “I have no regrets” at the dinner –Overseas soccer: Nikkan Sports

Zhirinovsky announced the start of a revolution in the United States: Politics: Russia: Lenta.ru

Stock notice, here’s how to understand what it is

Li Jiaxin’s beautiful leg was injured by a stone and Chen Hao teaches the secret technique of birth B, Xiao Zhengnan (20:50)-20201211-SHOWBIZ 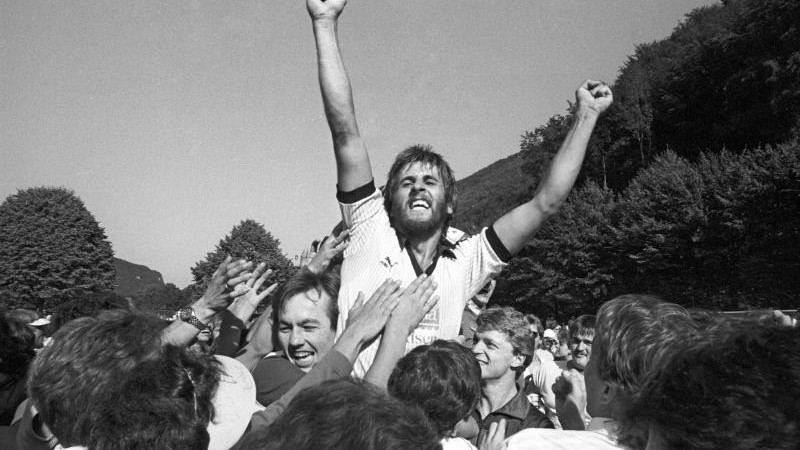 Football – when amateurs celebrate: sensations of the first round of the DFB Cup – sport