They describe the measures for the regr …

During the week it was known that the Federal Council of Education, which brings together the representatives of the Education portfolio of the 23 provinces and the CABA, defined the dates for the return of classes next year in person. In the case of Salta, it was reported that it will be on March 1, 2021, provision that was notified and approved on Friday by the Emergency Operating Committee (COE) of the province.

However, a group of parents in the province continues to mobilize, asking for a real and concrete plan to guarantee a more inclusive return and with the total opening of classrooms. Yesterday they gave a symbolic hug to the National College.

Virginia Vilariño, representative of the group, told Salta / 12 that when they began to speak of a date for the return in person at the national level, the sector was already with “few expectations” since the announcements were in the same line as what they heard ago months. In other words, the final definitions would depend on the epidemiological situation of each place.

For parents, the scenario may be different if a suitable plan is adopted in which the return to all classrooms is guaranteed. Vilariño said that this week’s announcements by the provincial government “They are general titles without really detailed content”, of how it would have to happen if you had a concrete plan.

The approval by the COE on the return for March 1 was made within the framework of a plan presented by the Ministry of Education of the province, whose protocols will be reviewed by the Directorate of Epidemiology in the coming days.

According to what fathers and mothers learned, there is talk of a bimodal return that consists of having 50% of face-to-face classes in groups of 10 students, “that is, the boys will go to classes every three days, half the time normal “, while the rest will be virtual. Consequently, “in the best of cases (it would be) 16.66%, that is, 30 days in the whole year even in a scenario where there is zero infected with covid”, reasoned the parents.

Vilariño considered that if they take into account future provisions, they are talking about a total return in Salta only if the virus is eradicated. However, he stated that this is not possible and that “we are going to have to live with this virus from now on.” “We remain just as concerned,” he added.

Adults insist that it is impossible to train their children under this scheme. The representative of the group also maintained that the schools have not yet received any information in this regard. “There is no hourly content, there is nothing planned and there is no basic and concrete information that was transmitted to educational institutions,” he said.

In addition, he questioned the priorities of the provincial government in the return of activities. “In the last resolution, with five pages, it is discussed what are the new measures for tourism and in a single paragraph it is said that the COE authorizes classes in person,” he said. In that sense, he said that a priority of tourism activity is evident over education. And he added that “these are announcements in a hurry.”

However, he said that at least they are talking about the subject with some definitions because in his opinion the educational area has not changed since the isolation measures began. On November 17, the group of fathers and mothers encouraged the Salta State to guarantee face-to-face classes in 2021.

In the summons they indicated that “the lack of express definitions, formally implemented,” allows them to consider that they are facing a certain threat to the education rights. “The initial uncertainty, which could justify the restriction, is no longer so, and what is currently happening it is a true institutional omission“, reads the letter sent to the governor Gustavo Saenz.

On October 27 they presented the first note to the Salta government where, anticipating the new school term, they requested that measures be taken for the regular start of face-to-face classes, with the necessary adjustments by the health emergency. They affirmed that the governor is the one who should ensure that all procedures are carried out and all alternatives are reviewed so that face-to-face classes can start in a timely manner.

Harry – Megan Duke and Duchess of Sussex. Make a decision to officially stop working as a member of the royal family – fresh news

Coronavirus: “By staying confined, we will save lives” – News Switzerland: Coronavirus 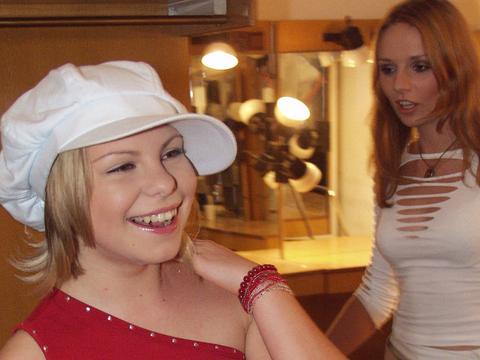 Ewelina Flinta and Alicja Janosz together. There is a photo of the stars of the Idol show [INSTAGRAM]

Oddities from the neighborhood: Täxeler throws himself death-defying on the hood of VW Golf

Youssef El-Sharif: Nobody understood the “end” idea, and Yasser Sami was the most suitable to direct it