The Secret of the Old Bambita 2: Tomáš Klus, Kamila Janovičová, Ondřej Vetchý and others will return in the sequel to the fairy tale 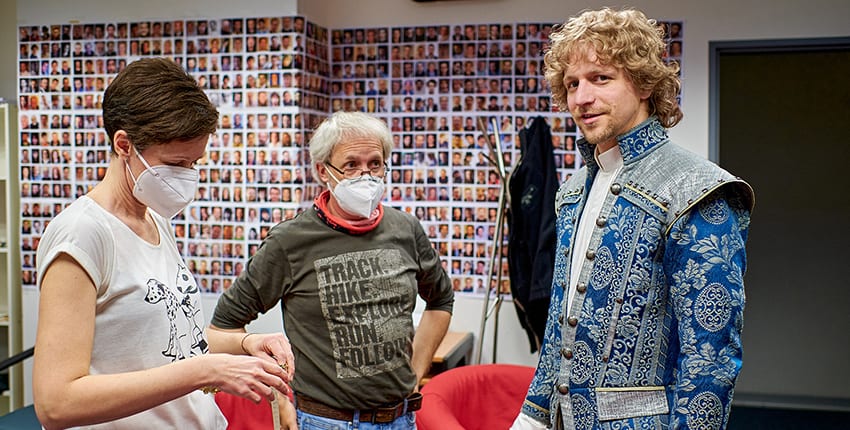 After ten years, we meet again with the robber Karaba.

From Jakub (Tomáš Klus) and Anička (Kamila Janovičová) became king and queen, they even had a daughter Johanka (Valentýna Bečková). The corrected robber Karaba (Ondřej Vetchý) has turned into an exemplary grandfather who is dedicated to his granddaughter and the pottery trade. However, the last word was not said by the evil advisers Lorenc (Jiří Lábus) and Ferenc (Miroslav Vladyka), who decided to take revenge, through the neighboring kingdom and the inexperienced Queen Juliet (Veronika Khek Kubarova).

“The sequel to” Bambitka “will again be the most classic fairy tale, which is not based on visual effects, but on the story, love, tension and, of course, there will again be a number of beautiful songs composed this time by Václav Noid Bárta. It should also be a “bigger spectacle”, compared to the first part, we are now shooting a fairy tale for the movie screen. The fairy tale will have a much larger set with new costumes, new realities at the Jindřichův Hradec and Mníšek pod Brdy castles. In addition, we have enriched the story with more characters, ” the director revealed Ivo Macharáček.

Filming should take place in April and May in the environment of beautiful castles in Mníšek pod Brdy and Jindřichův Hradec, the crew will also return to locations in open-air museums in Kouřim and Přerov nad Labem, where some scenes of the original fairy tale were filmed. Not only the already mentioned Tomáš Klus will wear fairy-tale costumes, Kamila Janovičová, Ondřej Vetchý, Miroslav Vladyka, Jiří Lábus, Veronika Khek Kubarova and Valentýna Bečková, but also Petr Štěpánek, Otmar Brancuzský, Markéta Plánková, Václav Noid Bárta and Dita Zábranská.

Václav Noid Bárta will play the groom Václav and will also take care of the music and songs. The creators have already published the first song, which is also a video clip from the preparations.