Home News The prosecutor withdrew the petition for appeal submitted for the Şule Çet...
News

The prosecutor withdrew the petition for appeal submitted for the Şule Çet decision! 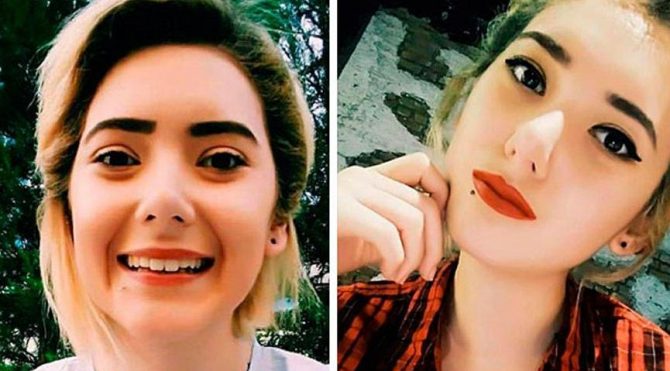 The case, which was held in Ankara 31st High Criminal Court on the death of Gazi University student Şule Çet from the 20th floor of the plaza on 29 May 2018, ended on 4 December 2019.

The court sentenced Çağatay Aksu to 12 years and 6 months ‘imprisonment for’ hiding a crime ‘,’ life crime ‘,’ quality sexual assault ‘and’ deprivation of liberty ‘for the purpose of’ hiding a crime ‘,’ eliminating evidence or facilitating its processing or not being caught.

Berk Akand was sentenced to 18 years and 9 months in prison, for 12 years and 6 months for “assisting with murder”, 5 years for “rape aid” and “for deprivation of liberty”.

PARTIES DECISION MOVED TO THE RESIDENCE

Following the decision, the lawyers of Şule Çet’s family stated that the defendant Çağatay Aksu should be given a “aggravated life imprisonment” without a discount, and the defendants’ lawyers were brought to the appeal on the grounds that the defendants were punished without material evidence.

The Ministry of Family, Labor and Social Services, one of the interveners of the case, also objected to the decision, stating that the punishment of the defendants at the lower limit and the imposition of a good deed were conscience.

Following the announcement of the reasoned decision, the prosecutor withdrew his petition in his petition to the court, stating that he had given up on appeal.

If the prosecutor submitted a petition to the court, “If the Ankara 31st High Criminal Court has been requested to maintain the period of 09/12/2019 regarding the decision dated 04.12.2019 on the basis of 2018/511 and numbered 2019/446, also, considering the scope of the file, the request was filed against Çağatay Aksu, who is alleged to have committed crimes against Şule Çet, the defendant and the deliberate killing of the defendant, Çağatay Aksu, and the accused Berk Akand. included. DHA

RELATED NEWSThe reasoned decision of the Şule Çet case has been announced!

In Volkmarsen (Hessen) near Kassel, a driver has deliberately rushed into the crowd. Now the number of victims has risen again. That is...
Read more
News

It was THE domestic news on Monday. The WKStA wants to investigate FPÖ leader Norbert Hofer. If it is up to his party, she...
Read more
News

RAI advises not to shake hands at trade shows Interior

As the virus continues to spread throughout Europe, the Rai has decided to take precautions. "The well-being and safety of everyone involved is our...
Read more

What to do in the event of a pandemic «kleinezeitung.at

The likelihood of large-scale transmission of the coronavirus in the EU is estimated to be low. Nevertheless, it doesn't hurt...
Read more

Admira relies on the Soldo solution of choice

All good things come in threes, they say. And even though soccer managers are usually not superstitious contemporaries, there is great hope...
Read more

Ninho, Damso and Nekfeu featuring? The rumor launched by one of the rappers ignites the canvas

French rap fans can't stand still! In question, the possible collaboration of Ninho, Nekfeu and Damso on the same project. And this rumor was...
Read more

Resident Evil 3 Preview: Back to the action? – 4Players