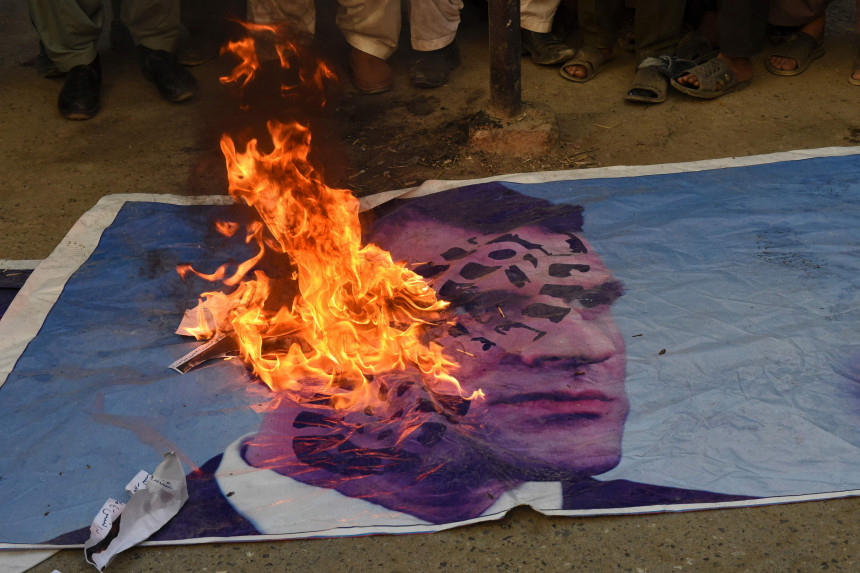 Pakistani Prime Minister Imrans Hans sent letters to Muslim leaders on Wednesday calling on them to jointly speak out against Islamophobia.

Muslims around the world have been outraged by French President Emanuel Macron’s statements about Islam and his support for cartoons depicting the Prophet Muhammad.

Following the brutal murder of a history teacher on 16 October in the western suburbs of Paris, Conflan-Sentonorin, Macron announced that France would not abandon its cartoons.

The 47-year-old teacher was murdered at the school where he worked. His head was cut off.

The attacker was an 18-year-old Chechen immigrant born in Moscow, Abdullah Anzorov, who was shot dead by police and who later died from his injuries.

Investigators believe Anzorov attacked Pati because a teacher had shown cartoons of the Muslim prophet Muhammad to students in early October in a free speech class.

On Friday, Muhammad’s cartoons were projected on French government buildings, provoking another outrage in the Arab world, and calls for a boycott of French products are spreading in Muslim countries.

“Recent statements by leaders and incidents of desecration of the Holy Qur’an reflect the growing spread of Islamophobia in European countries,” Han said in a letter to Muslim leaders.

Speaking in Lahore, he added that Muslim lives in France have been complicated and that Western countries should take into account the sensitivities of believers.

In Pakistan, blasphemy of Islam is considered a serious crime punishable by death.

There have been minor protests against France in several parts of Pakistan this week, including today in the port city of Karachi.

Hans also sent a letter over the weekend to Mark Zakerberg, founder and CEO of the social network Facebook, calling for a ban on Islamophobic content, similar to a ban on Holocaust denial.