The party begins under “new reality” in Puerto Rico 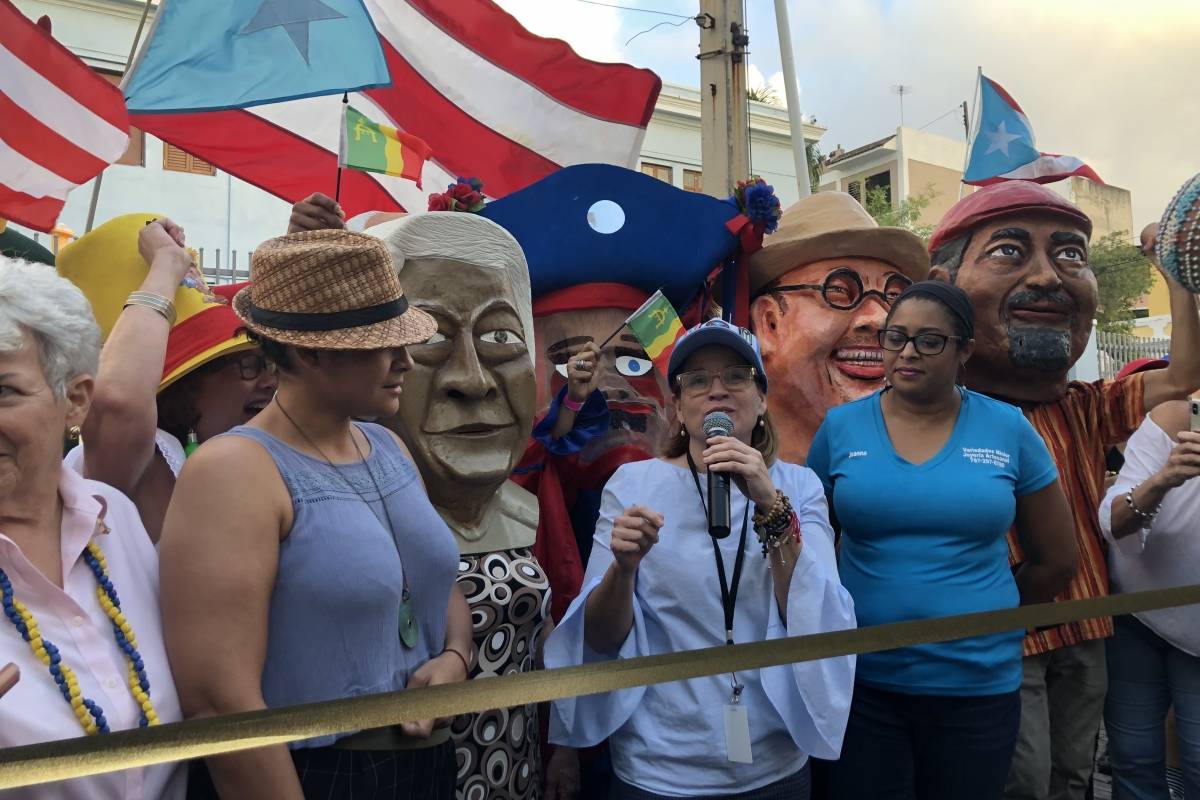 In contrast to the concern and decay of the brothers of the southwest of Puerto Rico, in the historic center of San Juan the atmosphere is festive.

The bittersweet celebration that marks the fiftieth anniversary of the San Sebastián Street Festivities began yesterday although Puerto Rico continues with a seismic sequence, which has been reported since December 28, 2019.

Under the motto Mirando al Sur, the mayor of San Juan, Carmen Yulín Cruz Soto, accompanied by two southern artisans (Yadira Rosado de Ponce and Johanna Santiago de Cabo Rojo), performed the ceremony with the traditional ribbon cutting that begins to the artistic and cultural feast, which will run until Sunday, January 19.

“This is the fiftieth anniversary of the most important festivals in Puerto Rico, the Fiestas de la Calle San Sebastián. This year it is worthwhile to give an applause, a noise and a love to the southern people of Puerto Rico. From here, from the capital of Puerto Rico, we are telling everyone, we are with you! ”, Said Cruz Soto, before presenting the southern artisans, who exhibit their jewelry pieces on the Paseo La Princesa.

The Junte Loiceño de Loíza stilts, vejigantes and the traditional bigheads of the theater group Agua, Sol and Sereno, paraded through the emblematic San Sebastián street, encouraging those present who did not come together, do not start to drizzle trying to water the party.

It should be noted that this year the big heads paid tribute to the late musician Ángel “Cachete” Maldonado.

To the sound of the refrain “I go up and I go down” followed by “What a beautiful flag”, they traveled the route leaving from Abraham Lincoln School on San Sebastian Street, and then on Norzagaray Street.

Upon arrival, the municipal executive called to support both the merchants from San Juan and the artists and craftsmen who will exhibit their proposals during the great celebration.

“Go buy from artisans wherever they are. The important thing is that the economy does not stop, that tourism does not stop and that we can be supportive, ”said Cruz Soto, who also presented yesterday, in the morning hours, the so-called Mirando al Sur camp, structural tents with capacity for 188 cots, located on the grounds of the Roberto Clemente Coliseum to accommodate registered refugees.

The official took the opportunity to announce that replacing merenguero Johnny Ventura will sing Prophetic Culture. Ventura declined to play on the island in solidarity with the victims.

As for the safety of the event, he reiterated that the public that decides to participate in the parties “can feel as safe as in other years.”

“This is a new reality that we have to get used to and have to organize to be able to continue,” he said in reference to the tremors.

Facebook
Twitter
Pinterest
WhatsApp
Previous articleChili pepper lowers the risk of cardiovascular diseases – naturopathy & naturopathic specialist portal
Next articleLast minute! Reaction from Imamoglu: We will use all our legal rights!

"I don't trust, I say it clearly, I don't trust the Attorney General of the Republic," Quijano said. He says he wants to defend...
Read more
World

Espionage can happen at different levels. Digital espionage is one of the biggest concerns, because someone can “discover a lot” by simply being connected...
Read more
World

"I don't trust, I say it clearly, I don't trust the Attorney General of the Republic," Quijano said. He says he wants to defend...
Read more

The number of Europeans with dementia is likely to increase less in the coming thirty years than was feared. This is stated in an...
Read more

Liverpool will have to go all out in three weeks to prevent premature elimination in the Champions League. The title holder lost the first...
Read more