the ordeal of Charly Musonda, considered the best player of his generation

The end of the transfer window highlighted the new nugget of Belgian football, Jérémy Doku (18), transferred to Stade Rennais. There was a time not so long ago when Charly Musonda Junior was also considered “the next big thing” of the Red Devils. Like Doku, he is an attacking midfielder, was trained in Anderlecht and transferred very young. He was even earlier (16) when he joined a club even bigger than Rennes, Chelsea in 2012.

At the time, Charly Musonda Junior, son of Charles Musonda, former Zairian international and legend of Anderlecht (1987-1997), was considered one of the best players of the 1996 generation. The one that everyone was tearing off.

Skepticism about the rest of his career

Eight years later, the finding is terrible: Musonda has played less than thirty professional matches (28). He paid for Chelsea’s traditional repeat loans: Betis (2016-2017), Celtic Glasgow (2018), Vitesse Arnhem (2018-2020). He especially had serious knee injuries in 2016 twice and then in 2018 in training, a few days after his arrival in Arnhem. In two years in the Netherlands, he took part in only four meetings after finally opting for the operation in the fall of 2019. His choice even brought him closer to the end of his career.

“Seven months ago I had ligament surgery, he confided in May. At the time I was only given a 20% chance of being able to play football again. After almost four years of absence from ordinary football , the road to recovery, redemption and training intensifies and continues. “

« It’s been fours years since I played back to back professional games, three years since I last played for my club, two of those last four years, I’ve been injured with the post cruciate ligament of my knee. Nothing but heartbreak and heartache. Doctors told me going through surgery after being out for so long would be the end, an impossible mountain to climb, we’re the exact words. I miss football so much, to say the least, and I’m doing everything I can to play once again, to all the kids out there who have a dream and are injured or are going through monumental setbacks, never give up! I’ll keep climbing the insurmountable mountain everyday to run with the football once again, because there’s no better feeling than taking someone on and feeling alive. Until that day comes I’ll keep training and believing in the impossible comeback, because the greatest comebacks always seem like there is no way back, and that’s when we’ve got to dig deep and live to tell the story and not die in it. » #ThisIsMyStory and how I keep training and staying ready, despite the odds, that one day I’ll be back.

Back at Chelsea, he is now fighting to regain the grounds. On Thursday, he posted a new message recounting his ordeal and his motivation. “It has been four years since I played two consecutive professional games, and three years since I last played for my club, he wrote on Instagram. Two of the last four years I have was injured in the posterior cruciate ligament in my knee. Nothing but grief. “

“Doctors told me that having surgery after such a long absence would be the end, an impossible mountain to climb, those are the exact words, he recalls. I miss football so much, it is the least that we can say, and I do everything I can to play. To all the children who have a dream and who are injured or who go through monumental setbacks, never give up! (…) Until then may that day come, I will continue to train and believe in the impossible return, because the greatest returns always seem like there is no going back, and that’s when we have to dig deep and live to tell the story and not die in it. “

Musonda has since posted videos of her hard physical work to strengthen her knee and, perhaps, one day resume competition. He is under contract with Chelsea until 2022. Eight years after his arrival, he has only worn the first team jersey on seven occasions. 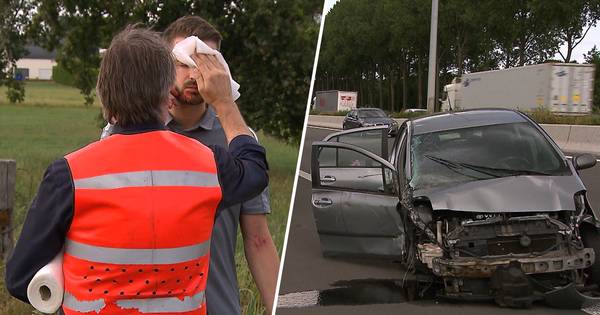