The New York of the seventies conquers Girona | Catalonia 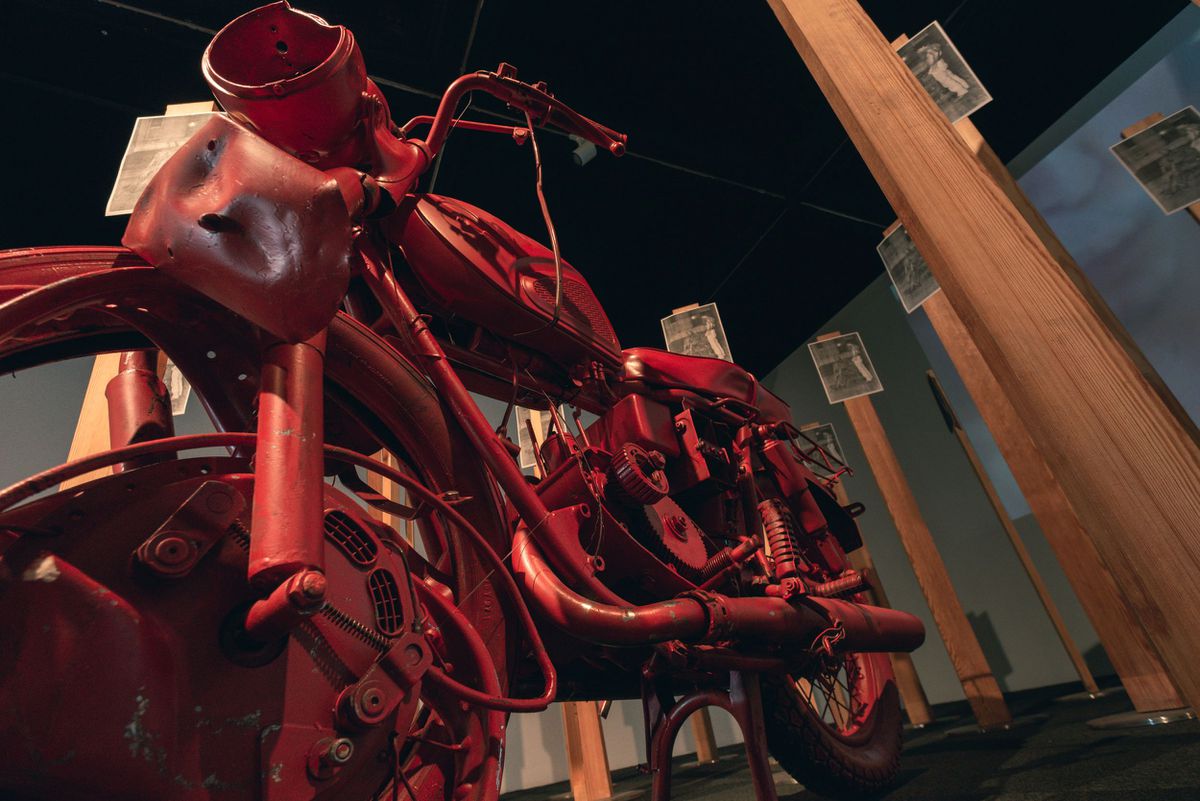 In 1971 the New York City Council decided to reclaim a run-down industrial neighborhood and their efforts coincidentally coincided with those of a community of artists from various countries, charged with ideas and creative energy. Thus was born Soho and there at 112 Greene Street, three young men destined to enter art history, Gordon Matta-Clark, Tina Girouard and Carol Goodden, photographer and dancer with the Trisha Brown Dance Company, opened the Food restaurant. A place that, far from being a business, was a community experience about food and art in which some of the most relevant Catalan artists also converged, although at that time they were still not so well known.

This story constitutes the symbolic and conceptual core of Food. The utopia of proximity, an exhibition that occupies the three headquarters of the Bòlit, Girona’s contemporary art center, until May 30. The project, which has different discursive lines that go from the seventies to the present, was born from the proposal of an octogenarian Carol Goodden and the push of the director of the Bòlit, Carme Sais, who would curate it together with Eudald Camps, in charge of digging into documents and memoirs, and the Chilean collector Harold Berg, who owns a large part of the collection of the prematurely deceased Matta-Clark.

The original notebook with the utensils that Matta-Clark designed for the restaurant and the iconic photograph by architect Richard Landry of the Food façade, intervened by Matta-Clark, in which the three founders appear. There are also works that allude to the sentimental relationship between Matta-Clark and Goodden, such as the can of drink that the artist intervened before giving it to him for Valentine’s Day or the photos of her dancing in a building in the Bronx that he intervened. “We also have the film that collects everything that happened in the restaurant, an artistic piece that testifies to how Food had been created as a work of art in itself”, explains Carme Sais, in the final stretch of her eight years at the helm del Bòlit that it has managed to consolidate with an ambitious program, projects of its own production and a deep cohesion with the territory. “At first glance this proposal may seem a bit far from the usual line of the Bòlit, but also in this case —excluding Matta-Clark— it is about living artists, there are productions such as the piece by Marta Vergonyós and Mar Serinyà and many activities” Sais continues.

Read Also:  [날씨] 'Seoul -11 degrees' on the way to work is cold... Snow and rain continue until today

A work of art and a space for art, Food was like a magnet for foreign artists who came to the city that had replaced Paris as the capital of contemporary art. There were also Catalans such as Antoni Muntadas, Miralda, Àngels Ribé and Francesc Torres, who exhibited Accident, the installation of a blood-red motorcycle crossed by a pole and surrounded by photos of the artist himself urinating and two videos. “The piece, which premiered on Food in 1977, represents the beginning of the end of utopia, it is the materialization of disenchantment. In any case, the Catalan artists in New York never recognized themselves as a group, as happened in Paris ”, explains Sais pointing to the Ceremonials, Benet Rosell’s documentary that collects the festivities and rituals performed by Miralda, Joan Rabascall, Dorothée Selz and Jaume Xifré. The slides made by Miralda and Muntadas in 1972 in the loft they shared in Tribeca, during one of their first actions together that consisted of a tasting of colored rice and sangria, accompanied by projections and interventions in the outdoor public space.

“The context in which the action took place was especially relevant: a troubled country, immersed in the Vietnam War, shaken by political and social movements that challenged the system,” says Sais. The exhibition is completed with works by Pere Noguera, Fina Miralles and Àngels Ribé with a photo of an action, of which both the video and the recording in which the artist listed ideals and utopias were lost, which has been reproduced for the exhibition .

Through the Web https://foodutopia.cat it is possible to stay informed about the activities. The reproduction made by the Ocells collective al cap, of Raindrops, a choreography from 50 years ago by Carol Goodden in which some dancers hanging from a beam that crossed the Food fell like drops of water on the ground. Another proposal, by Nyam Nyam, involves several restaurants in the territory and consists of recording their kitchens and bringing them together in a sound video that will be broadcast on the radio and in the dining room of each restaurant.