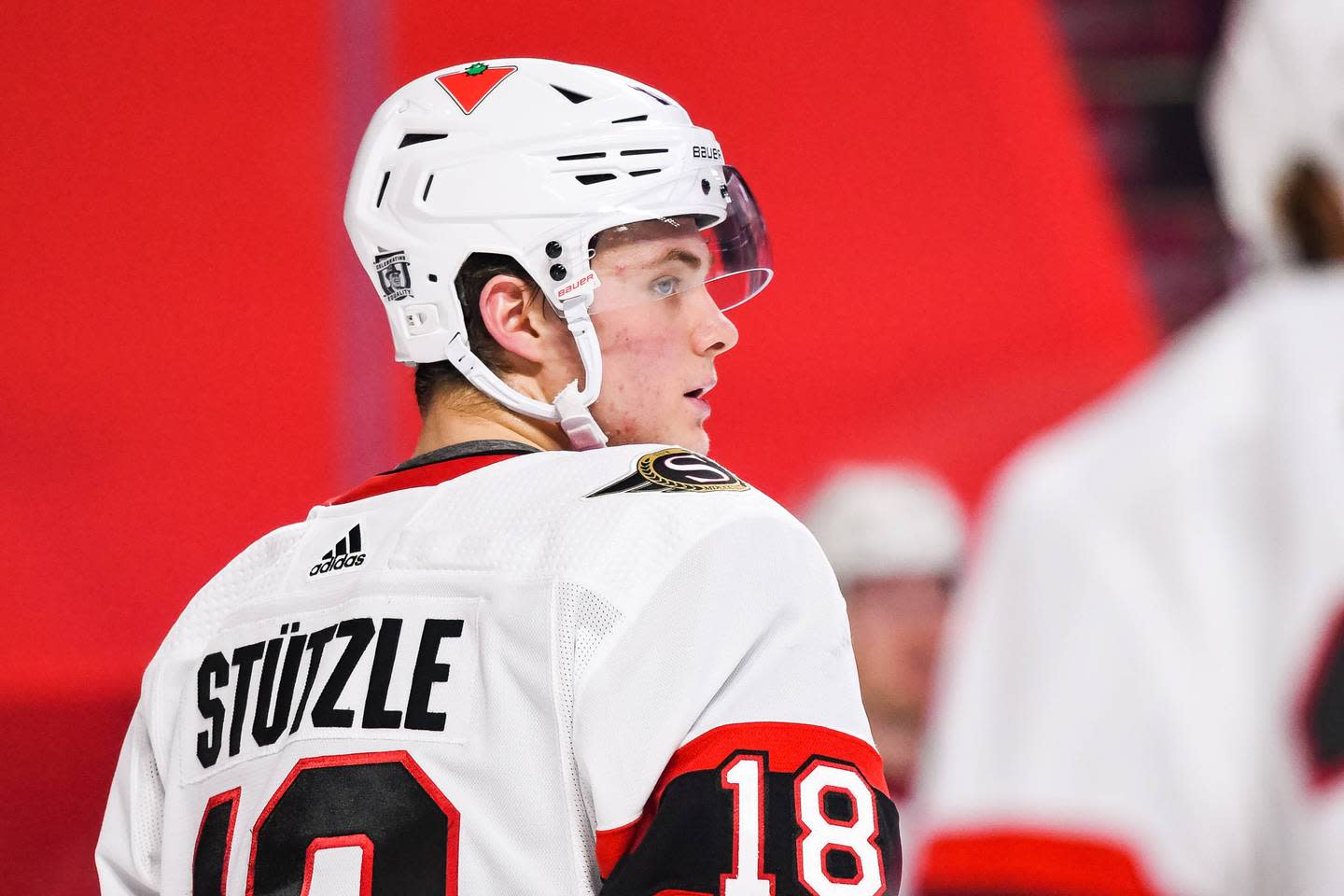 On paper it doesn’t look like Tim Stützle has much reason to be happy.

His employer, the Ottawa Senators, has won only four of 19 games this season in the NHL, and is one of the weakest teams in the league.

However, there can be no talk of a flop start for the top German talent in the world‘s largest ice hockey league. On the contrary: The 19-year-old from Viersen – Elected to position 3 in the NHL Draft ahead of the season – confirmed its reputation as a great beacon of hope.

NHL: Support Ottawa against Montreal from 1 a.m. LIVE on TV on SPORT1 + and in LIVESTREAM

With five goals in 16 games, Stützle is currently the second top scorer in his team, and with nine scorer points, he is number 4 in the internal ranking.

For comparison: Leon Draisaitl, a compatriot who has matured to NHL MVP, had only collected nine scorer points at the end of his first season – in 37 games (SERVICE: All games and results of the NHL).

Stützle developed into a key player in his team at an early stage, which has also recently happened in the historic 6: 5 win after 1: 5 deficit against the Toronto Maple Leafs showed: The left winger was on the ice longer than all offensive colleagues.

The former Mannheim young eagle enjoys the trust of coach DJ Smith and his teammates. And that can not only be seen in the numbers.

“You have the feeling that he can do anything,” said Smith, praising his jewel in early February. after he was the match winner in the surprise success over the top team Montreal Canadiens with one goal and two assists: “For his age it’s unbelievable what he’s doing here.”

The same opinion is also SPORT1-Expert Rick Goldmann: “To put the stamp on this club with really seasoned players – as a rookie at the age of 19 in the first NHL year – is incredibly impressive.”

Read Also:  NFL star Tom Brady kicked out of a park in Tampa where he was training

The former top defender of the DEL also finds it remarkable that Stützle by Smith is already being used in the first power play series: “Stützle gets so much playing time so early, also in the important game-critical situations, which is crucial for his development Point.”

Stützle continues to exercise humility in front of the NHL stars

Stützle himself rates his development more modestly: “It’s definitely a different game here than in Germany and I just try to get used to it as quickly as possible,” Canadian media quoted him this week: “Every player in this league is just so good . “

This is precisely why Stützle’s precociousness in the NHL shark tank is a sensation: “He can skate, he can play moves, but he is also getting better defensively,” says Coach Smith – he is also gaining the necessary self-confidence more and more.

On Monday night, the Senators meet the Canadiens once more (from 1 a.m. LIVE on TV on SPORT1 +). A scorer point would be enough Stützle to already surpass Draisaitl’s record from his debut season.

It will be interesting to see what limits the new German US sports phenomenon will break in the coming years.