The murdered Drakopolov with a map of the International Police Organization 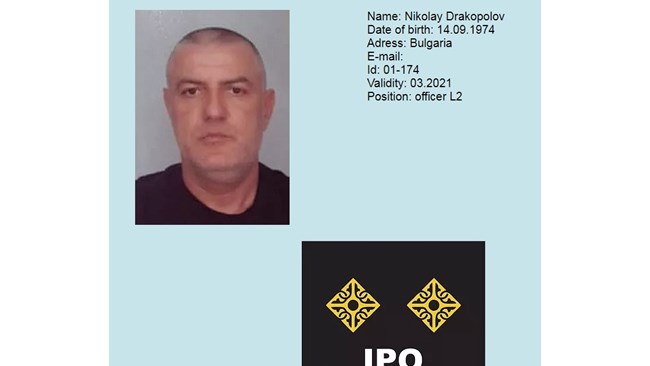 Businessman Nikolay Drakopolov, who was shot dead on Tuesday, had a map of the International Police Organization based in Milan, according to the website of the non-governmental institution, which was founded by former Serbian MP Ilija Zivotic.

Drakopolov’s certificate was also published, which presents him as a security expert. The data from her coincide with his date of birth and there is no doubt that it is him. The map of the organization was issued in March this year. and is valid until March 2022, but is now only available in the page cache. It is not clear what such a “document” could be used for.
The International Police Organization is not affiliated with the Ministry of Interior or other security services around the world. For membership in it there are no requirements for the candidates to be former or current law enforcement officers, which Nikolay Drakopolov has never been. The organization has offices in several countries. Nikolay Keropov from Varna is a representative in Bulgaria.

Expect more details about the murder and the murdered man later