The most outstanding monuments of Pontevedra- La Guia GO!

The most outstanding monuments of the province of Pontevedra.

The most outstanding monuments of Pontevedra. In addition to its natural landscapes and its beautiful towns, Pontevedra stands out for its monumental and historical legacy: Celtic villages, monuments, castles, pazos, water mills, monasteries… .; A legacy to which it is impossible not to fall for its beauty.

We present some of the most outstanding places in Pontevedra that you should know:

1. Sobroso Castle
In Mondariz stands out one of the important fortifications of the province, the castle of Sobroso. The castle sits atop Landin Hill, the highest peak in the area and dominates views of the entire region. It is surrounded by a large forest park that makes it one of the most beautiful postcards of this part of the province. The fortress is Romanesque in style and its construction was completed in the 11th century. The castle consists of three parts: an outer fence, the residential body that has two floors and the Tower of Homage.

2. Soutomaior Castle
Soutomaior Castle is probably the most impressive fortification to visit in the Province of Pontevedra. The original construction dates from the 12th century, although it was later renovated in the 15th and 19th centuries. As its name indicates, the castle was owned by the Sotomayor family, but later it passed into the hands of several families of marquises who used it as a summer residence. After important restorations at the end of the last century, today this impressive fortress with double walled perimeter stands out in spectacular condition. Its tower and the drawbridge that communicates with it recall the castles of the stories.

3. Castro de Santa Trega
Of course, if we have to talk about the outstanding monuments of Pontevedra, one of the wonders of Galicia: its forts; These Celtic settlements are found throughout the entire province. One of the most beautiful and best preserved is Castro de Santa Trega, located on the mountain that has the same name. Perhaps it is hard to believe, but in its heyday (the 1st century BC) the settlement was inhabited by more than 5,000 people. It is a journey back in time to walk among the ruins of the oval houses. From the fort itself you can enjoy fascinating views of the mouth of the Miño.

4. Poio Monastery
Near Combarro you find one of the most important religious buildings in Pontevedra, the Monastery of San Xoán de Poio. It is a very old Benedictine monastery and the current building is a true jewel of Baroque architecture. Inside you should not miss the beautiful cloister, a gigantic mosaic of the Camino de Santiago and the library.

5. Mills of Folón and Picón
Among the outstanding monuments of Pontevedra, the many old water mills are also part of the Galician landscape and one of the best places to contemplate a large concentration of these picturesque constructions is the beautiful route of the Muiños do Folón e do Picón. During this tour between green landscapes you will see numerous waterfalls and up to 67 traditional mills.

6. Campo Lameiro Archaeological Park
One of the most important cave art sites in Galicia. The municipality of Campo Lameiro is known as the capital of cave art in Galicia, since the Parque Arqueolóxico da Arte Rupestre de Campo Lameiro houses the largest concentration of petroglyphs in the autonomous community. The Laxe dos Carballos (Piedra de los Robles) is probably the most spectacular of a hundred rocks where you can see works of cave art. In addition to walking a trail of about 3 kilometers with these petroglyphs, you should also visit the interpretation center to understand the meaning of what can be seen in the park.

7. Pazo de Lourizán
Of the many pazos in the province, the Pazo de Lourizán is a must-see. This beautiful 19th century manor house is actually a fascinating romantic palace that also served as a meeting place for politicians and other famous people. Today the building is abandoned and you can only visit its beautiful garden. Strolling among the flowers and fountains will make you feel a certain melancholy and nostalgia as you try to imagine that within the walls of this palace in its heyday events as momentous as the negotiations of the Treaty of Paris to end the Spanish-American War in 1898 occurred.

8. Pazo de Rubianes
If the Pazo de Lourizán is a romantic palace, the Pazo de Rubianes is more of a small fortress. What they both share is having a beautiful garden. The estate was built in the 18th century and is quite similar to the chateaux that you can see on a route through the castles of the Loire in France. Inside you can admire the beautiful decoration of the quite luxurious rooms. The pazo has a small chapel and has extensive vineyards. His garden is beautiful and full of camellias.

The original walled enclosure dates from the 2nd century BC. Important later works were ordered to be executed by Alfonso IX of León (late 12th / early 13th) and Felipe IV. The current building replaced the one ordered by the Marquis of the Pazo de la Merced, Don José Elduayen, as a summer residence, on the old site occupied by the ruins of a Franciscan convent. The current complex is distributed within an area of ​​around 18 hectares, combining old elements of a marked military character with the modern ones created as a result of the establishment of the National Parador. The Puerta del Sol, the Torre da Tenaza formerly as a powder magazine and prison, the 16th century Royal Door emblazoned with a large shield of the House of Austria, the Puerta de Felipe IV in honor of this monarch, the Clock Tower of considerable height and crowned by battlements, and the Tower of the Prince thus named probably due to the historical fact that the Portuguese prince Alfonso Enriques, prisoner of Alfonso VII, was there around 1137.

Undoubtedly, the Cathedral of Santa María de Tui is one of the outstanding monuments of Pontevedra, being the maximum exponent of the artistic wealth of the city of Tui, begun in the 12th century, and made in Romanesque style its floor, exterior walls, north portal and the magnificent iconography of its capitals. The main façade of the cathedral belongs to the Gothic style, the first of this style to be made in the Iberian Peninsula and on its tympanum there are various scenes related to the Birth of Christ.
Inside it highlights the altarpiece of expectation, the reliquary altar of the Chapel of the Relics, the Cathedral Museum and its wonderful cloister, which is the only Gothic preserved in the Galician cathedrals. Also noteworthy is the landscape seen from the Torreón de los Soutomaior and the primitive Romanesque chapter house from the 12th century.

Its Gothic cloister, from the second half of the 13th century, is the largest preserved medieval cloister in Galicia. Part of its goldsmithing would be made by Jewish silversmiths and converts in the 15th and 16th centuries (Gothic chalice, coconut ciborium, scepters of dignities, acetre, etc.).

Read Also:  Gref spoke about the forecast for the ruble exchange rate by the end of the year - RT in Russian

The collection of baroque liturgical furniture is one of the most interesting in Spain: choir stalls (1699), historiated doors (1707), sacristy drawers (1712), chapterhouse stalls (1712), organs from San Telmo and Santiago (1714) and Eucharistic monument of Holy Thursday (1775).

The church of Santa María la Mayor de Pontevedra is a Catholic church, dating from the 16th century, which has been a Basilica since 1962. It is considered as BIC and was declared a Historic-Artistic Monument belonging to the National Artistic Treasure and also has the distinction of “Royal Sanctuary”.

Between the estuaries of Pontevedra and Arousa, in the Salnés region, hidden among that nature and sheltered by Monte Castrove, the old Cistercian Monastery of Armenteira appears, inhabited by a community of nuns of the same order.

In Renaissance and Baroque style, from the 16th and 17th centuries, the magnificent Romanesque church built by its first Cistercian abbot in 1167 is preserved. It has a Latin cross plan with three naves and three apses. The façade is perhaps the most remarkable part of the temple, with its six archivolts resting on as many pairs of columns and on top, a beautiful openwork rose window.

Under a modern viaduct, which crosses the Ulla river, are the ruins of the old fortress: «Castellum Honesti» in Catoira. The towers were built in the s. XII by order of Archbishop Gelmírez, with the mission of closing the way to the Scandinavian and Saracen expeditions that were heading to Compostela. During the s. In the 18th century, the walls still stood and served to defend against English attacks. These towers were declared a National Monument and show their greatness when the Viking Pilgrimage is celebrated, which recalls the pillage of the Norman warriors on the coastal towns of the Arousa estuary.

Fehring: A rope team for people with dementia

Premier League: Kante admits that he rejected Tuchel … now that they share a team: “I didn’t want to go”

The Quays Book will take place as planned in early September – rts.ch 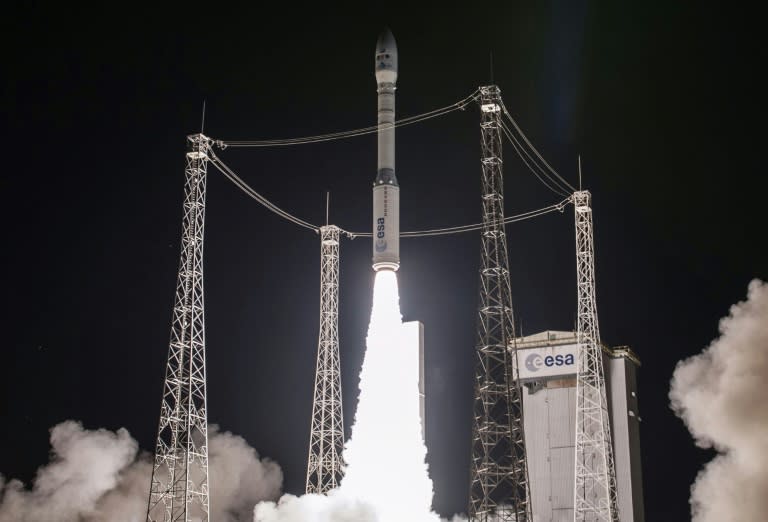 The launch of the European rocket Vega is postponed again

Piast Gliwice’s letter to UEFA regarding the match in Belarus