The more state authority can help against escalating corona aggression 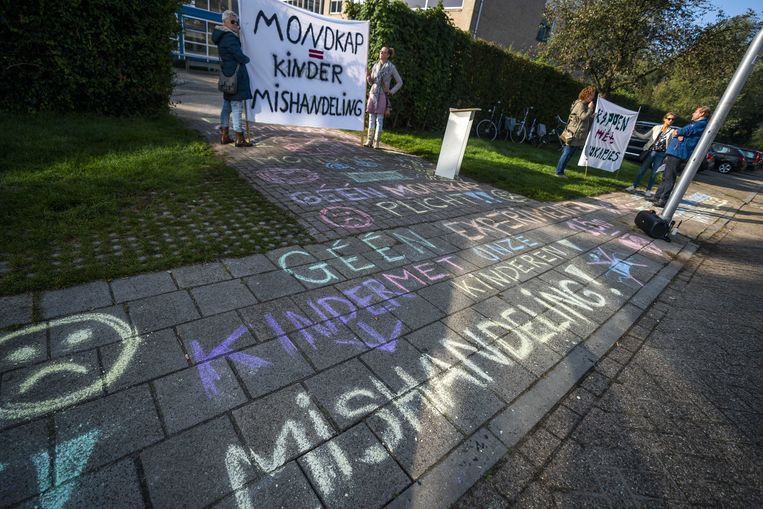 Prime Minister Rutte sometimes seems surprised that the people are not taking sufficient responsibility for the corona virus. They’re not toddlers who should tell you what to do, he says. But when the Dutch start talking to each other about following the rules, things are not always so mature. An Amsterdam bus driver was thrown in the aisle this week because of a discussion about a mouth mask and got one foot on the neck, supermarket employees are snubbed for a clean trolley, a Staphorster church received death threats, the windows of the dance school of Viruswaarheid frontman Willem Engel were and the car of singer Famke Louise was beaten because she stated: #ikdoenietmeermee. Would this have happened if people had been given clearer instructions?

‘Liberalism is not an ideology that is against rules’

It is not the case, both think, that the Netherlands is taking less far-reaching measures about masks, closing times, staying indoors or social bubbles because Rutte is a liberal. Claassen: “Liberalism is not an ideology that is against rules. It is always about having as many rules as necessary to achieve an equal degree of freedom for everyone. The key question is whether stricter measures are needed for public order. And if you then point out the current violence against bus drivers or healthcare personnel, I think that should be punished rather than a new measure. ”

“Liberalism is averse to paternalism and therefore always places the individual responsibility of the citizen above regulation by the state,” says Leiden professor of political philosophy Paul Nieuwenburg. “Of course this can have unwanted effects in some situations. The violent incidents are an example of this. However, it will only become alarming when these incidents become structural in nature. ” The municipal transport company in Amsterdam thinks that the time has already come. Despite the fact that the mask has been mandatory in public transport for months, dozens of heated discussions arise about it every week. The GVB requires a general duty of masking to remove any ambiguity.

Luuk van Middelaar, political philosopher and professor in Leiden, believes that there is a dangerous leap if people take the law into their own hands and become violent. Even after seven months, the government underestimated the physical fear and emotion that the pandemic aroused on both sides. It is more than a difference of opinion about the layout of the public space; people feel touched, physically threatened, by the disease. Conversely, on the side of the virus insane, it is not for nothing that the mouth mask is the stumbling block, that necessary but very physical, tangible restriction of freedom. The elementary emotions that all this evokes do indeed require stronger and unambiguous state authority. ”

Where did an aggressive battle over the corona measures flare up?

Influencer and singer Famke Louise turned under pressure from death threats, hatemail and destruction after her meeting with IC doctor Diederik Gommers on the TV program ‘Jinek’: she removed her video #ikdoenietmeermee and started a campaign with Gommers for her large crowd to educate followers about the virus. She thinks mouth masks are cool and she is now going to market them herself. The proceeds will go to charity. The fuss about her video broke her mentally, she told RTL Boulevard. Fortunately, Gommers supported her ‘sweetly’ in the following days.

Political philosopher Gijs van Oenen finds involving the singer an understandable move. “Communicating with citizens has become increasingly difficult. I think that is because the Dutch are over-democratized. We are allowed to have a political say about something for a long time, we know exactly how to put forward our interests and if we then have to implement it, mental fatigue has developed. We support such a one-and-a-half meter rule, but we do not act on it. Fashion has become one of the most powerful communication tools we still have. Many people listen to influencers. “

According to the secretary of the Restored Reformed Church in Staphorst, ‘a good funeral’ was the most polite of dozens of death threats that he received on behalf of the church after it turned out on Sunday that six hundred people were present at the service. However he tried, secretary Albert Bouwman did not feel to critics that the service is essential to the spiritual well-being of his congregation. However, the churches do not want to give in to social pressure. They met twice this week with Minister Grapperhaus. They reluctantly agreed to allow only thirty churchgoers in on Sunday.

According to political philosopher Rutger Claassen, it is not without reason that the situation in Staphorst has sparked the discussion about the privileged position of religious communities. “Since then it has become painfully clear that a religious minority is allowed to gather in a building in a large group and that humanist groups, for example, are not. They can only rely on the freedom of assembly, to which it is constitutionally easier to make exceptions. Historically the article of freedom of religion can be explained, but in a liberal society I can well imagine that its current value is being questioned. ”

3. Parents demonstrate against masks in schools

A father from Wolvega, involved in the Virus Truth action committee, wanted to set an example on Monday to every school manager who, he said, ‘wants to abuse our children’. He demonstrated in front of his son’s school, where mouth masks have to be worn since this week. The son said he did not agree with his father who was removed by the police. Other schools also received angry letters and parents with banners on the sidewalk because of the mouth mask that would restrict the freedom of the youth too much.

For a long time, the cabinet saw little in the way of compulsory face masks in secondary schools, but nevertheless gave in under social pressure after the increasing infections among teenagers.

Scientist, ‘cult leader’ or ‘mega-rapper’: Who is Willem Engel?

In six months’ time he changed from the Dutch king of Brazilian dance zouk to ‘cult leader’ of the coronasceptic Netherlands or – in his own words – ‘the court jester of politics?’ How did he do that? Who is Willem Engel?

Young people massively follow influencers such as Famke Louise, the singer who turned against the corona measures this week and later apologized for it. Young people develop their own voice in that protest, says Thinker Laureate Daan Roovers. The Thinker praises Famke Louise for her self-criticism.

Ecclesiastical Netherlands sighs, but the pastor in Staphorst asks for understanding. ‘It’s vital’

Last Monday, churchgoers heard Prime Minister Rutte say with approval: the churches are doing very well, and that is why the rule that a maximum of thirty people may come together does not apply to them. Less than a week later, the churches are full of disappointment. At least for the rest of the month, also for religious celebrations, no more than thirty people are allowed to gather. And singing together is out of the question.

Joint Leave, All BCA Branch Offices Do Not Operate

France – World | New York, in the midst of the crisis, marks the anniversary of the September 11, 2001 attacks

“We are a volunteer organization!”